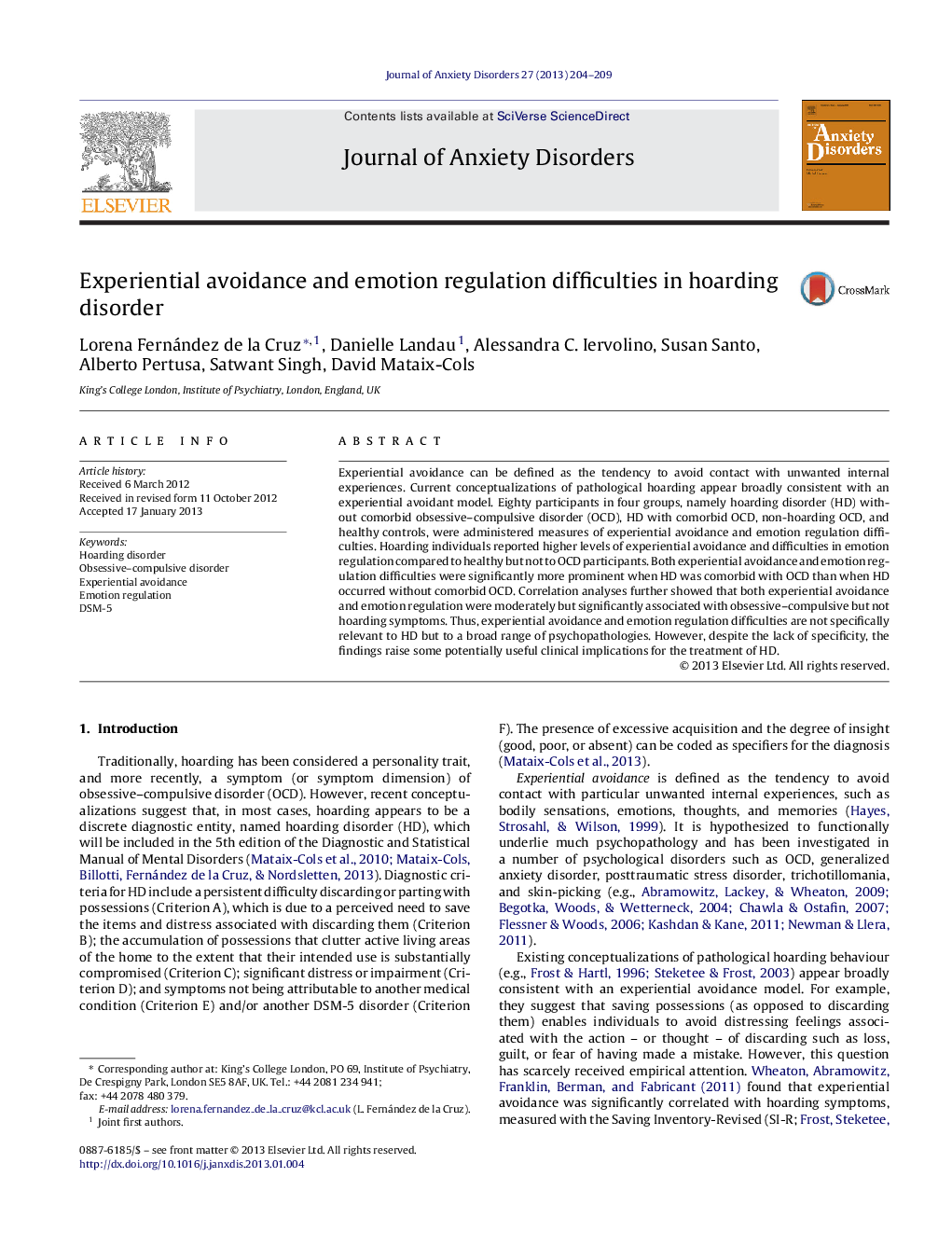 Hoarding individuals reported higher levels of experiential avoidance and difficulties in emotion regulation compared to healthy but not to OCD participants. Both experiential avoidance and emotion regulation difficulties were more prominent in the comorbid HD + OCD group than when HD occurred without comorbid OCD. Further, both constructs were moderately associated with obsessive–compulsive but not hoarding symptoms. Thus, experiential avoidance and emotion regulation difficulties seem to be more related to obsessive–compulsive than they are to hoarding symptoms. However, based on the extant literature, these constructs may represent a feature of psychopathology in general, rather than being specific to any emotional disorder.