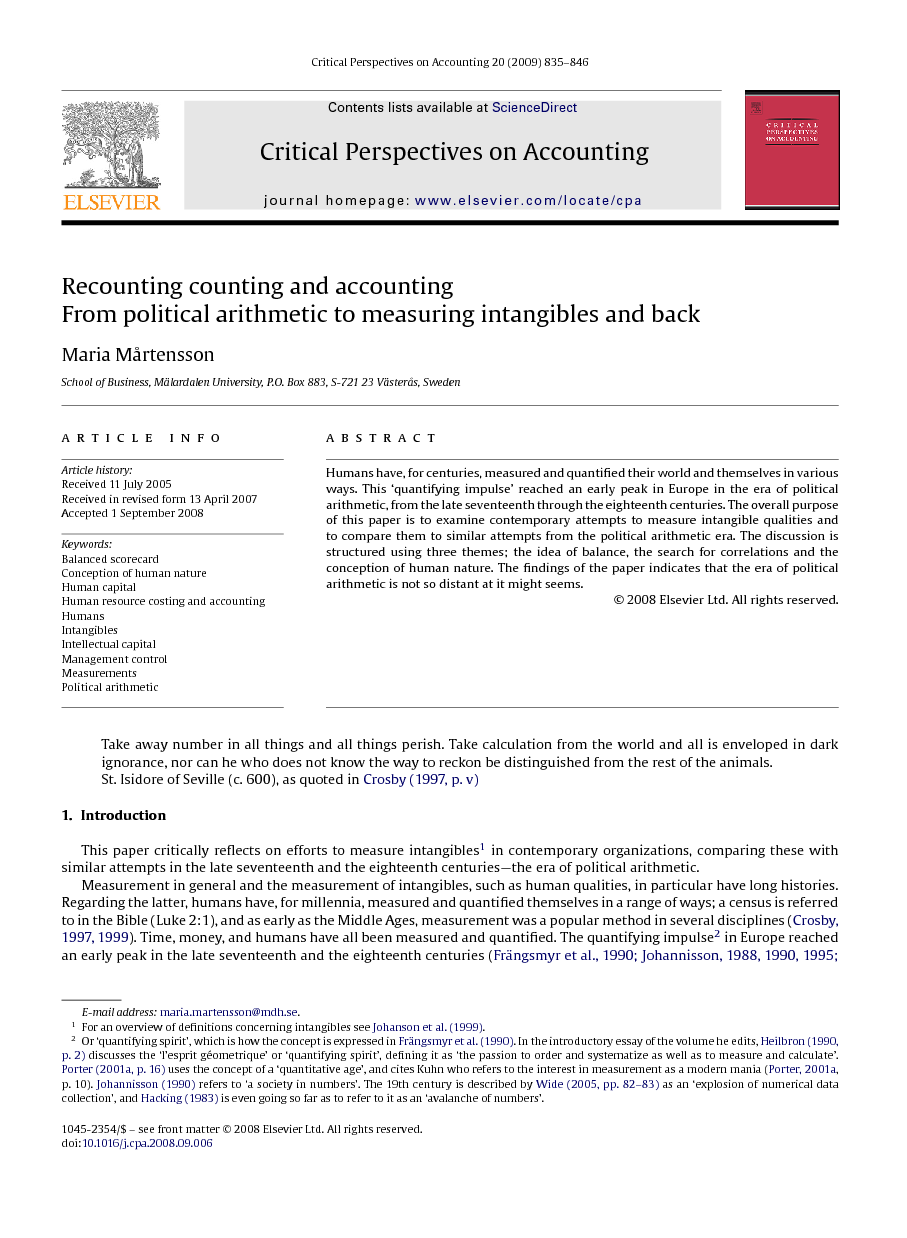 Humans have, for centuries, measured and quantified their world and themselves in various ways. This ‘quantifying impulse’ reached an early peak in Europe in the era of political arithmetic, from the late seventeenth through the eighteenth centuries. The overall purpose of this paper is to examine contemporary attempts to measure intangible qualities and to compare them to similar attempts from the political arithmetic era. The discussion is structured using three themes; the idea of balance, the search for correlations and the conception of human nature. The findings of the paper indicates that the era of political arithmetic is not so distant at it might seems.