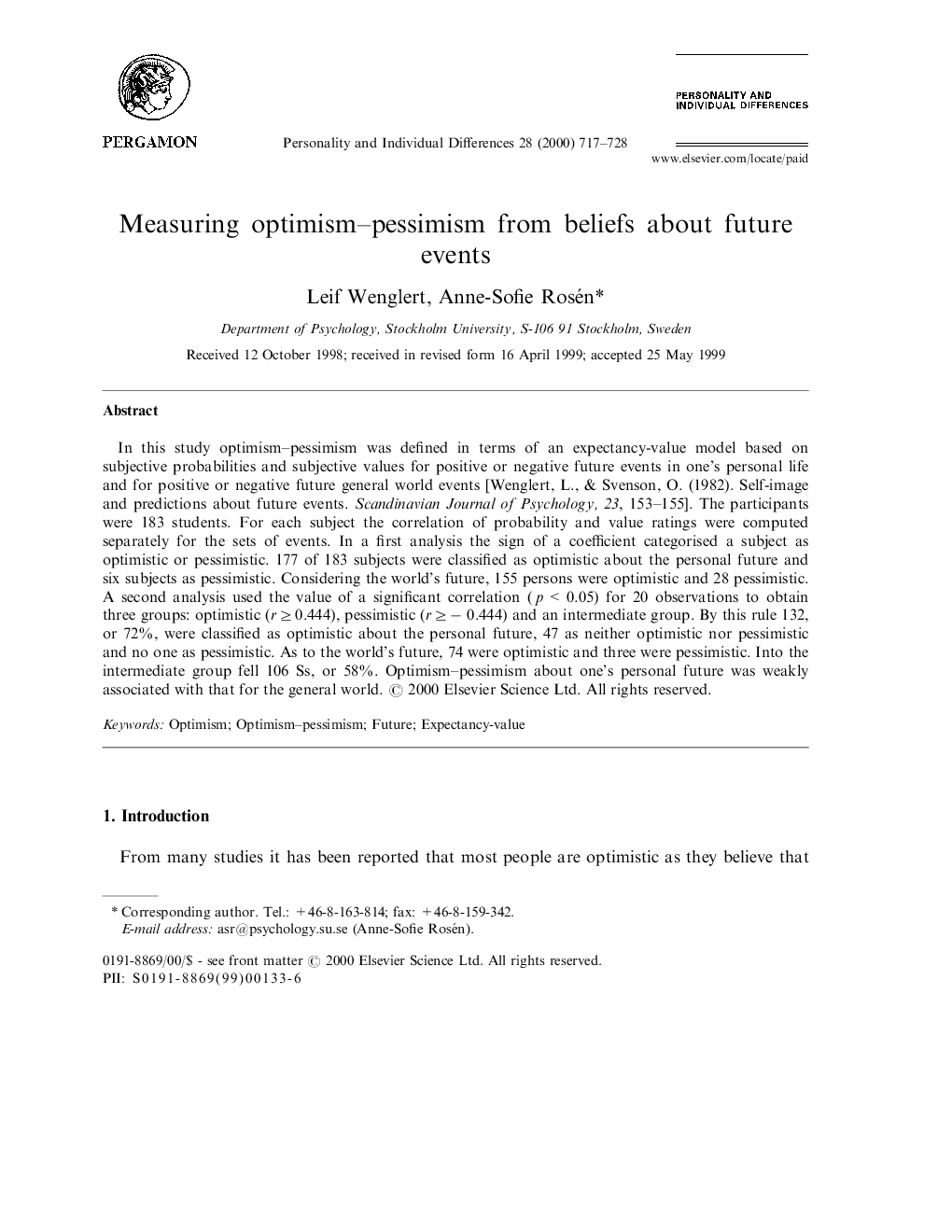 Abstract In this study optimism–pessimism was defined in terms of an expectancy-value model based on subjective probabilities and subjective values for positive or negative future events in one's personal life and for positive or negative future general world events [Wenglert, L., & Svenson, O. (1982). Self-image and predictions about future events. Scandinavian Journal of Psychology, 23, 153–155]. The participants were 183 students. For each subject the correlation of probability and value ratings were computed separately for the sets of events. In a first analysis the sign of a coefficient categorised a subject as optimistic or pessimistic. 177 of 183 subjects were classified as optimistic about the personal future and six subjects as pessimistic. Considering the world's future, 155 persons were optimistic and 28 pessimistic. A second analysis used the value of a significant correlation (p<0.05) for 20 observations to obtain three groups: optimistic (r≥0.444), pessimistic (r≥− 0.444) and an intermediate group. By this rule 132, or 72%, were classified as optimistic about the personal future, 47 as neither optimistic nor pessimistic and no one as pessimistic. As to the world's future, 74 were optimistic and three were pessimistic. Into the intermediate group fell 106 Ss, or 58%. Optimism–pessimism about one's personal future was weakly associated with that for the general world.