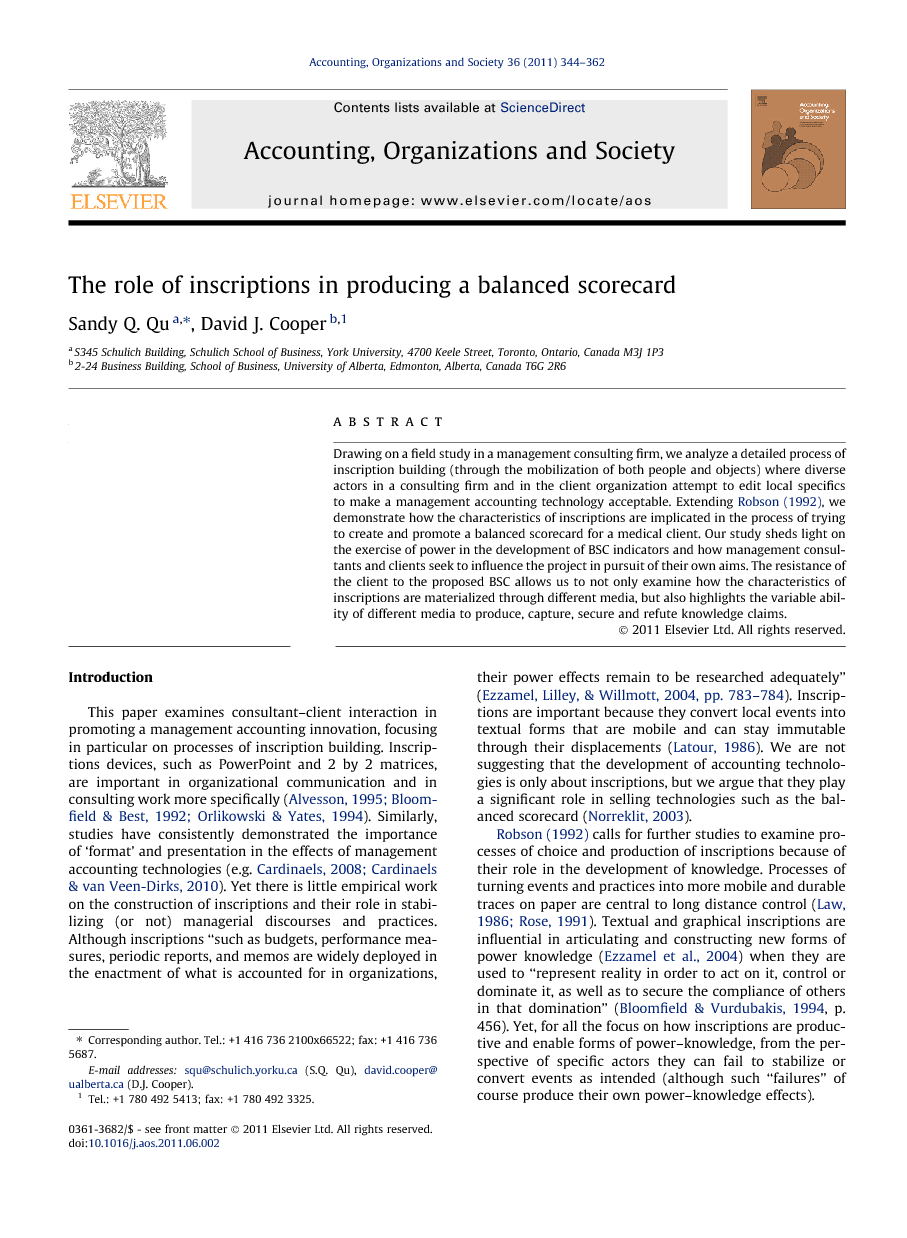 Drawing on a field study in a management consulting firm, we analyze a detailed process of inscription building (through the mobilization of both people and objects) where diverse actors in a consulting firm and in the client organization attempt to edit local specifics to make a management accounting technology acceptable. Extending Robson (1992), we demonstrate how the characteristics of inscriptions are implicated in the process of trying to create and promote a balanced scorecard for a medical client. Our study sheds light on the exercise of power in the development of BSC indicators and how management consultants and clients seek to influence the project in pursuit of their own aims. The resistance of the client to the proposed BSC allows us to not only examine how the characteristics of inscriptions are materialized through different media, but also highlights the variable ability of different media to produce, capture, secure and refute knowledge claims.