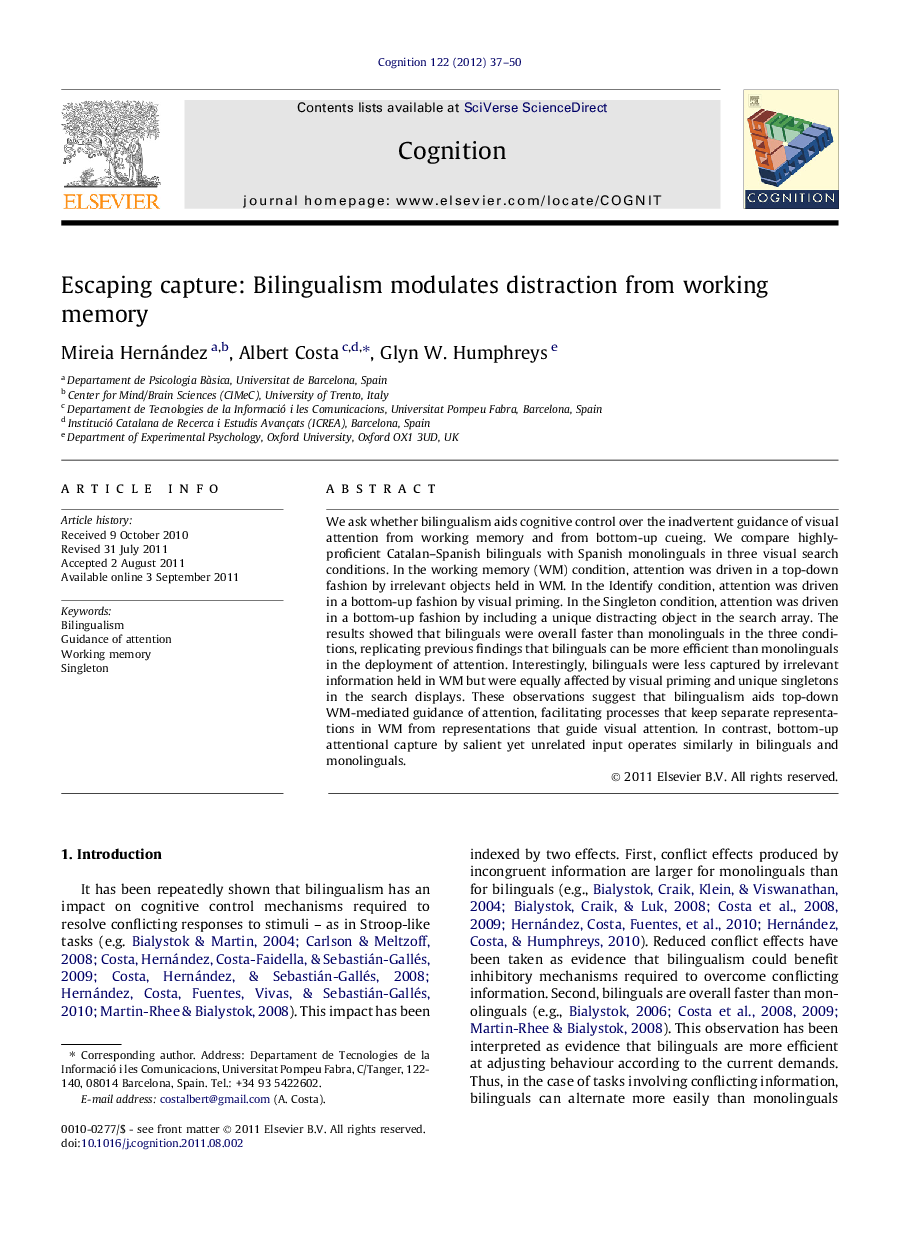 Abstract We ask whether bilingualism aids cognitive control over the inadvertent guidance of visual attention from working memory and from bottom-up cueing. We compare highly-proficient Catalan–Spanish bilinguals with Spanish monolinguals in three visual search conditions. In the working memory (WM) condition, attention was driven in a top-down fashion by irrelevant objects held in WM. In the Identify condition, attention was driven in a bottom-up fashion by visual priming. In the Singleton condition, attention was driven in a bottom-up fashion by including a unique distracting object in the search array. The results showed that bilinguals were overall faster than monolinguals in the three conditions, replicating previous findings that bilinguals can be more efficient than monolinguals in the deployment of attention. Interestingly, bilinguals were less captured by irrelevant information held in WM but were equally affected by visual priming and unique singletons in the search displays. These observations suggest that bilingualism aids top-down WM-mediated guidance of attention, facilitating processes that keep separate representations in WM from representations that guide visual attention. In contrast, bottom-up attentional capture by salient yet unrelated input operates similarly in bilinguals and monolinguals.