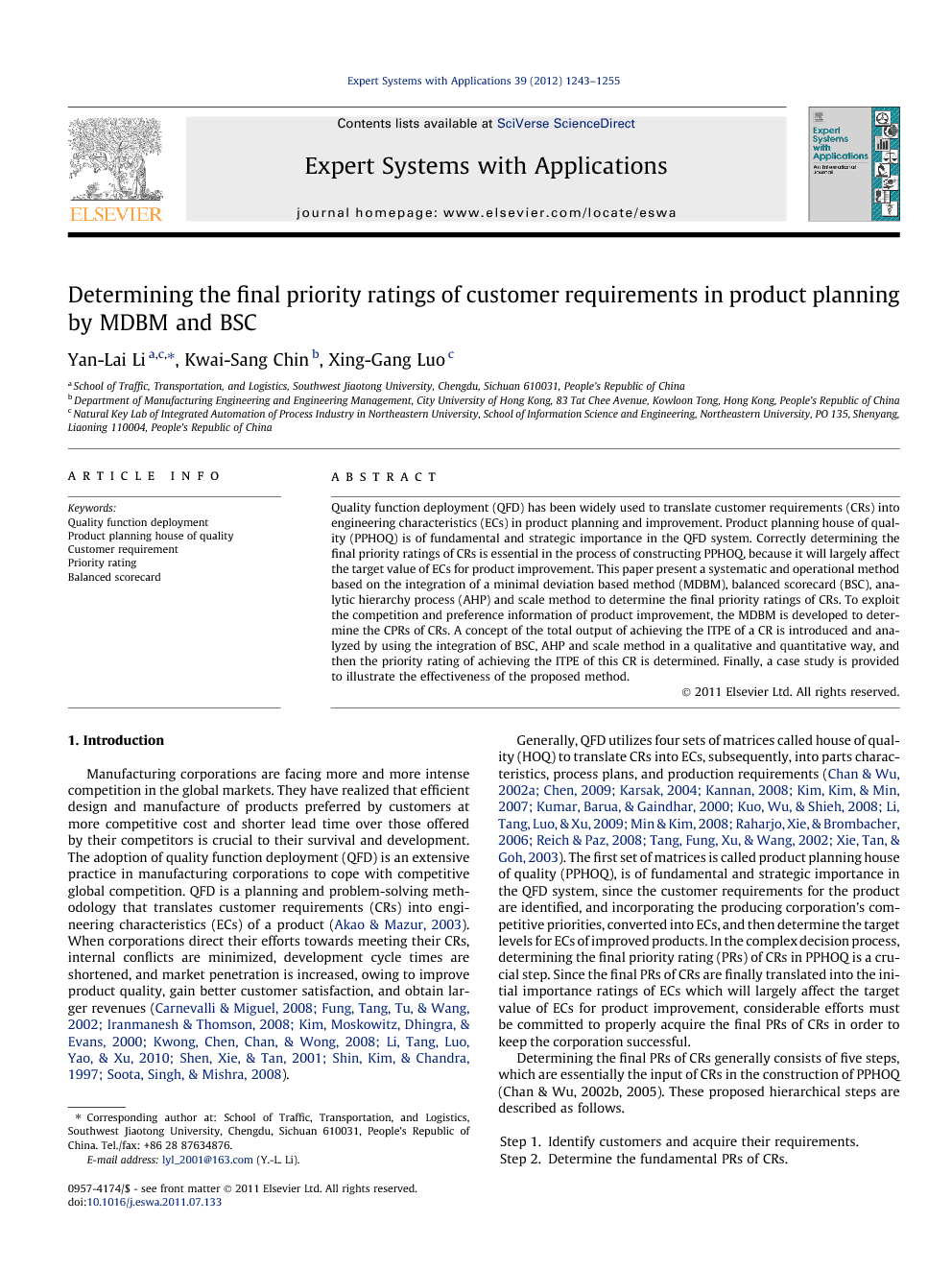 Quality function deployment (QFD) has been widely used to translate customer requirements (CRs) into engineering characteristics (ECs) in product planning and improvement. Product planning house of quality (PPHOQ) is of fundamental and strategic importance in the QFD system. Correctly determining the final priority ratings of CRs is essential in the process of constructing PPHOQ, because it will largely affect the target value of ECs for product improvement. This paper present a systematic and operational method based on the integration of a minimal deviation based method (MDBM), balanced scorecard (BSC), analytic hierarchy process (AHP) and scale method to determine the final priority ratings of CRs. To exploit the competition and preference information of product improvement, the MDBM is developed to determine the CPRs of CRs. A concept of the total output of achieving the ITPE of a CR is introduced and analyzed by using the integration of BSC, AHP and scale method in a qualitative and quantitative way, and then the priority rating of achieving the ITPE of this CR is determined. Finally, a case study is provided to illustrate the effectiveness of the proposed method.