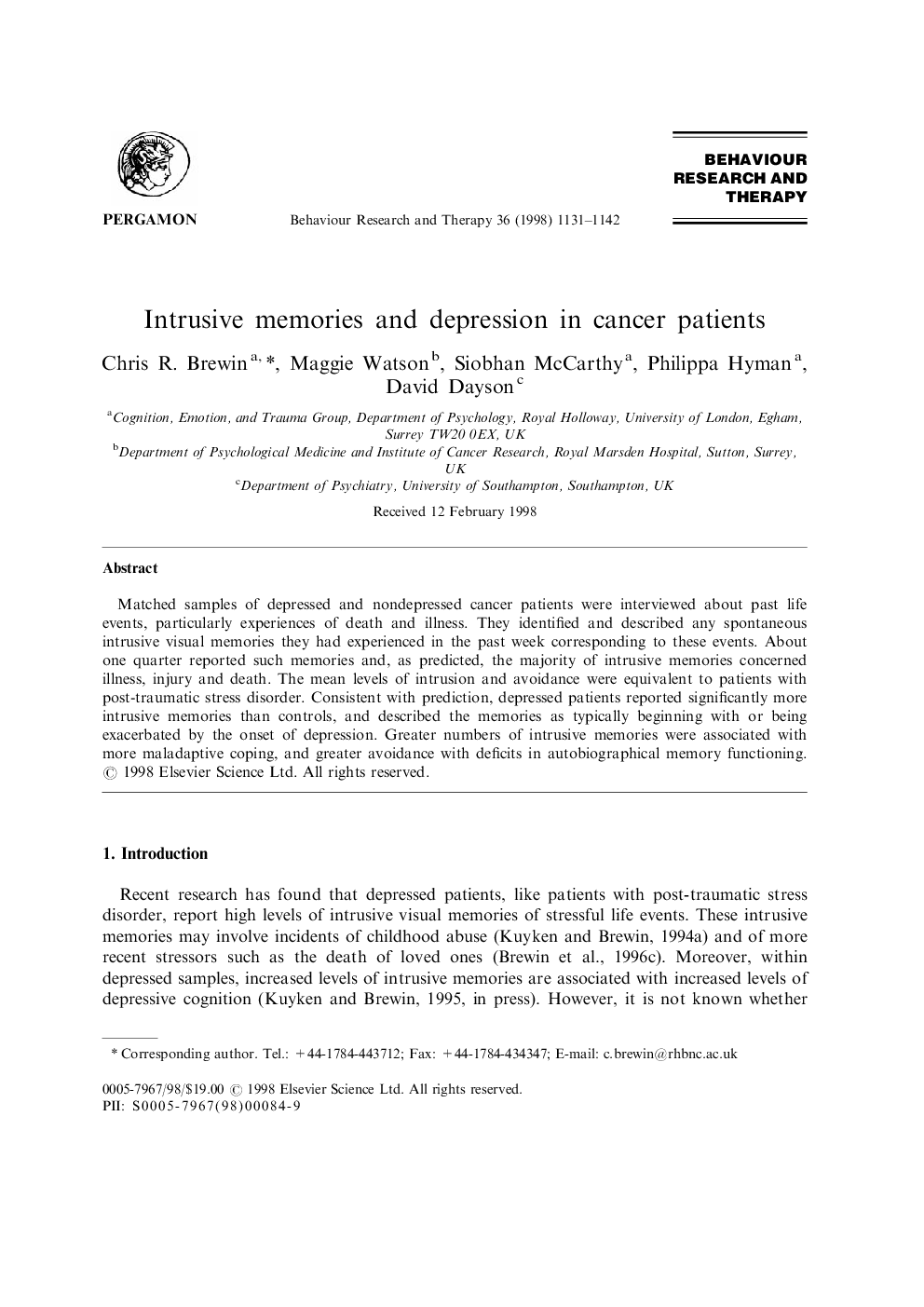 Abstract Matched samples of depressed and nondepressed cancer patients were interviewed about past life events, particularly experiences of death and illness. They identified and described any spontaneous intrusive visual memories they had experienced in the past week corresponding to these events. About one quarter reported such memories and, as predicted, the majority of intrusive memories concerned illness, injury and death. The mean levels of intrusion and avoidance were equivalent to patients with post-traumatic stress disorder. Consistent with prediction, depressed patients reported significantly more intrusive memories than controls, and described the memories as typically beginning with or being exacerbated by the onset of depression. Greater numbers of intrusive memories were associated with more maladaptive coping, and greater avoidance with deficits in autobiographical memory functioning.