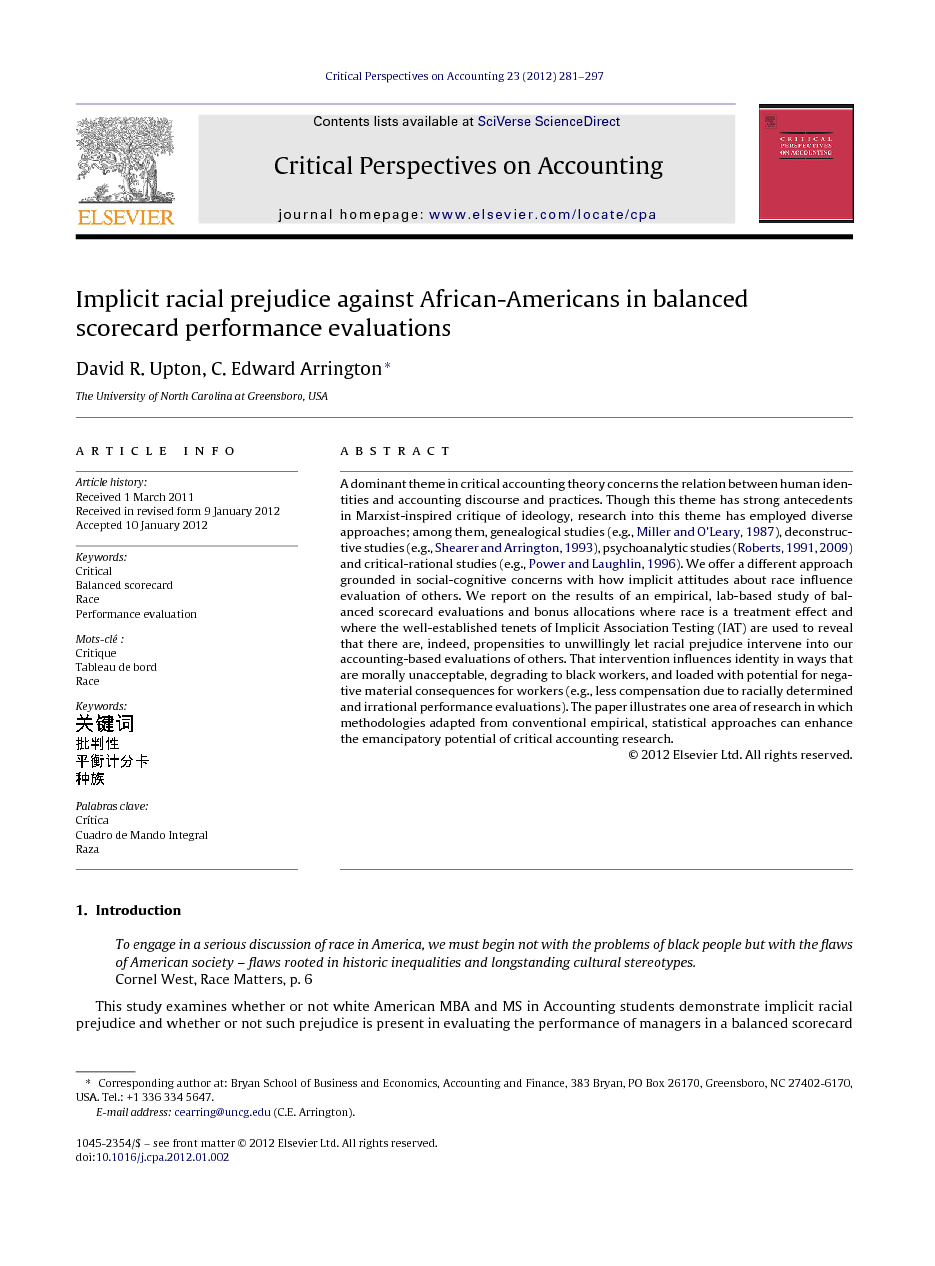 A dominant theme in critical accounting theory concerns the relation between human identities and accounting discourse and practices. Though this theme has strong antecedents in Marxist-inspired critique of ideology, research into this theme has employed diverse approaches; among them, genealogical studies (e.g., Miller and O’Leary, 1987), deconstructive studies (e.g., Shearer and Arrington, 1993), psychoanalytic studies (Roberts, 1991 and Roberts, 2009) and critical-rational studies (e.g., Power and Laughlin, 1996). We offer a different approach grounded in social-cognitive concerns with how implicit attitudes about race influence evaluation of others. We report on the results of an empirical, lab-based study of balanced scorecard evaluations and bonus allocations where race is a treatment effect and where the well-established tenets of Implicit Association Testing (IAT) are used to reveal that there are, indeed, propensities to unwillingly let racial prejudice intervene into our accounting-based evaluations of others. That intervention influences identity in ways that are morally unacceptable, degrading to black workers, and loaded with potential for negative material consequences for workers (e.g., less compensation due to racially determined and irrational performance evaluations). The paper illustrates one area of research in which methodologies adapted from conventional empirical, statistical approaches can enhance the emancipatory potential of critical accounting research.