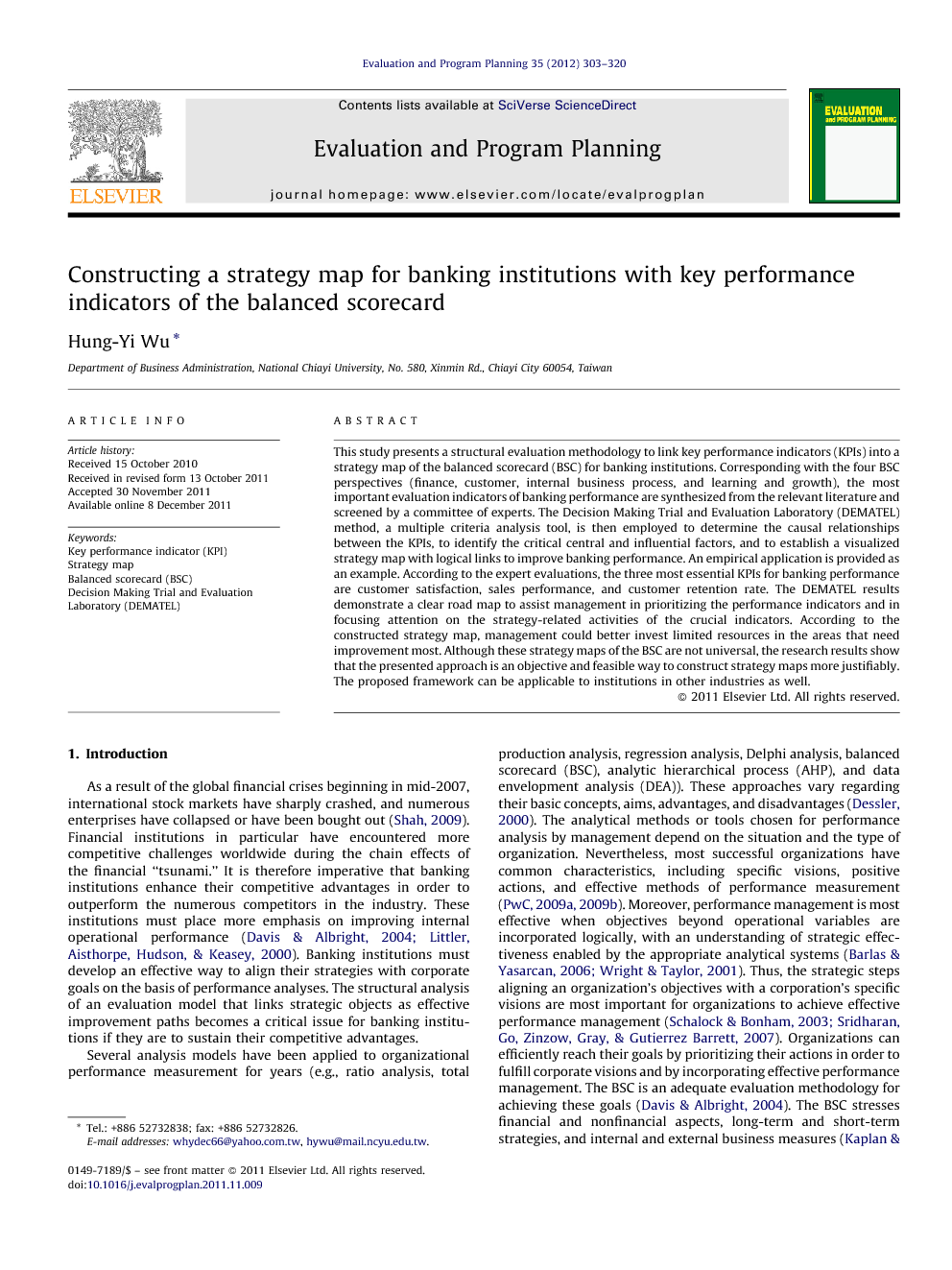 This study presents a structural evaluation methodology to link key performance indicators (KPIs) into a strategy map of the balanced scorecard (BSC) for banking institutions. Corresponding with the four BSC perspectives (finance, customer, internal business process, and learning and growth), the most important evaluation indicators of banking performance are synthesized from the relevant literature and screened by a committee of experts. The Decision Making Trial and Evaluation Laboratory (DEMATEL) method, a multiple criteria analysis tool, is then employed to determine the causal relationships between the KPIs, to identify the critical central and influential factors, and to establish a visualized strategy map with logical links to improve banking performance. An empirical application is provided as an example. According to the expert evaluations, the three most essential KPIs for banking performance are customer satisfaction, sales performance, and customer retention rate. The DEMATEL results demonstrate a clear road map to assist management in prioritizing the performance indicators and in focusing attention on the strategy-related activities of the crucial indicators. According to the constructed strategy map, management could better invest limited resources in the areas that need improvement most. Although these strategy maps of the BSC are not universal, the research results show that the presented approach is an objective and feasible way to construct strategy maps more justifiably. The proposed framework can be applicable to institutions in other industries as well.