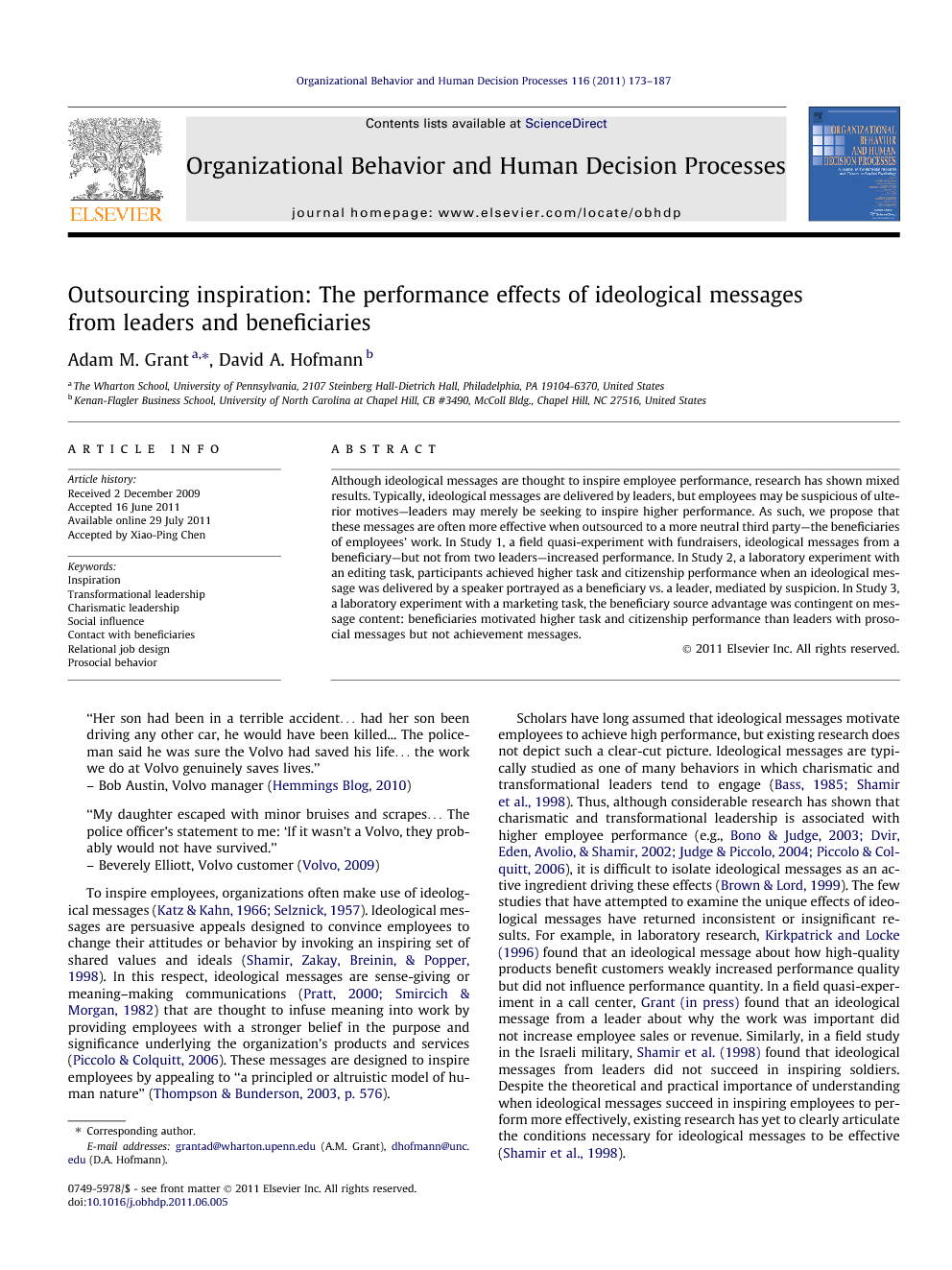 Our research has important practical implications for leaders and managers. Our findings suggest that the responsibility for inspiring employees may not always lie in the words of authority figures. When leaders and managers seek to show employees how their work benefits others, it may be most fruitful to ask beneficiaries to deliver these messages directly. This evidence may be particularly reassuring to leaders who lack charisma or introverted managers who feel uncomfortable speaking in public: rather than stepping outside their comfort zones, they can outsource the task to knowledgeable beneficiaries who can share their own personal experiences. Indeed, leaders and managers in a number of organizations have begun to recognize the advantages of inviting beneficiaries to deliver ideological messages directly. For example, at the medical technology company Medtronic, rather than attempting to convince salespeople that their products protect and promote patient health, leaders invite patients to an annual party to tell their stories directly to salespeople. Observers report that this practice enhances the credibility and emotional impact of ideological messages, creating “defining moments” in which salespeople come to believe in the important purpose that their work serves for the patients who depend on their products. As former CEO Bill George (2003: 89) explains, “As I heard T.J. tell his story that day, my eyes filled with tears… I saw the mission come to life. This one young life crystallized what our work at Medtronic was all about.” Our findings suggest that one of the best ways for leaders to create these “defining moments” for employees is to leverage beneficiaries’ capabilities to communicate credible messages about the impact of the organization’s products and services. In a slight departure from traditional leadership recommendations, when leaders are seeking to inspire employees by conveying how their work makes a difference, it may be productive for them to outsource aspects of their communications to beneficiaries.