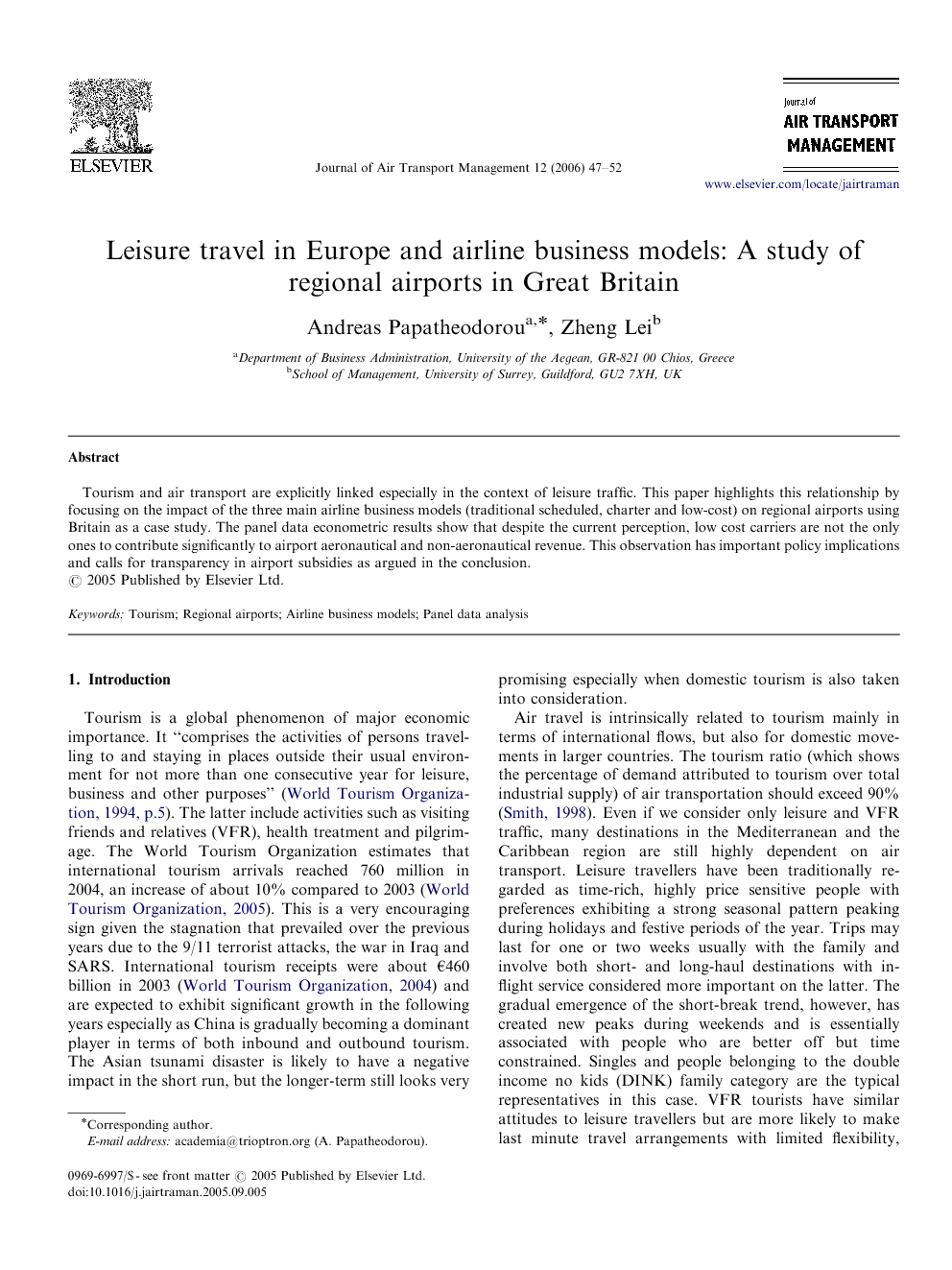 Tourism and air transport are explicitly linked especially in the context of leisure traffic. This paper highlights this relationship by focusing on the impact of the three main airline business models (traditional scheduled, charter and low-cost) on regional airports using Britain as a case study. The panel data econometric results show that despite the current perception, low cost carriers are not the only ones to contribute significantly to airport aeronautical and non-aeronautical revenue. This observation has important policy implications and calls for transparency in airport subsidies as argued in the conclusion.

The emergence of low-cost carriers as a viable business model has revolutionised the airline industry since the early 1990s. Leisure and VFR passengers in Europe have now a wider choice and are able to discover the European regions at lower fares than in the past. No matter whether a regional airport operates as an origin or destination gateway, notable improvements in accessibility can play a significant role in economic and/or tourism development. The results of the empirical study in this paper, however, belie the perception that LCC are the only way forward for regional airports. Full-service carriers and charter airlines can also have a significant, if not higher, contribution to both aeronautical and non-aeronautical airport revenue. A replication of the present econometric exercise using different data sets is required of course to test the robustness of these conclusions. A potential validation would provide support for the European Commission argument by calling for the removal of obscure airport subsidies and the adoption of a new transparent framework open to all carriers. Despite the existence of victims, LCC are undoubtedly the major fashion in the contemporary airline industry; by no means, however, does this mean that the evolved full-service and charter carrier models are necessarily dead.