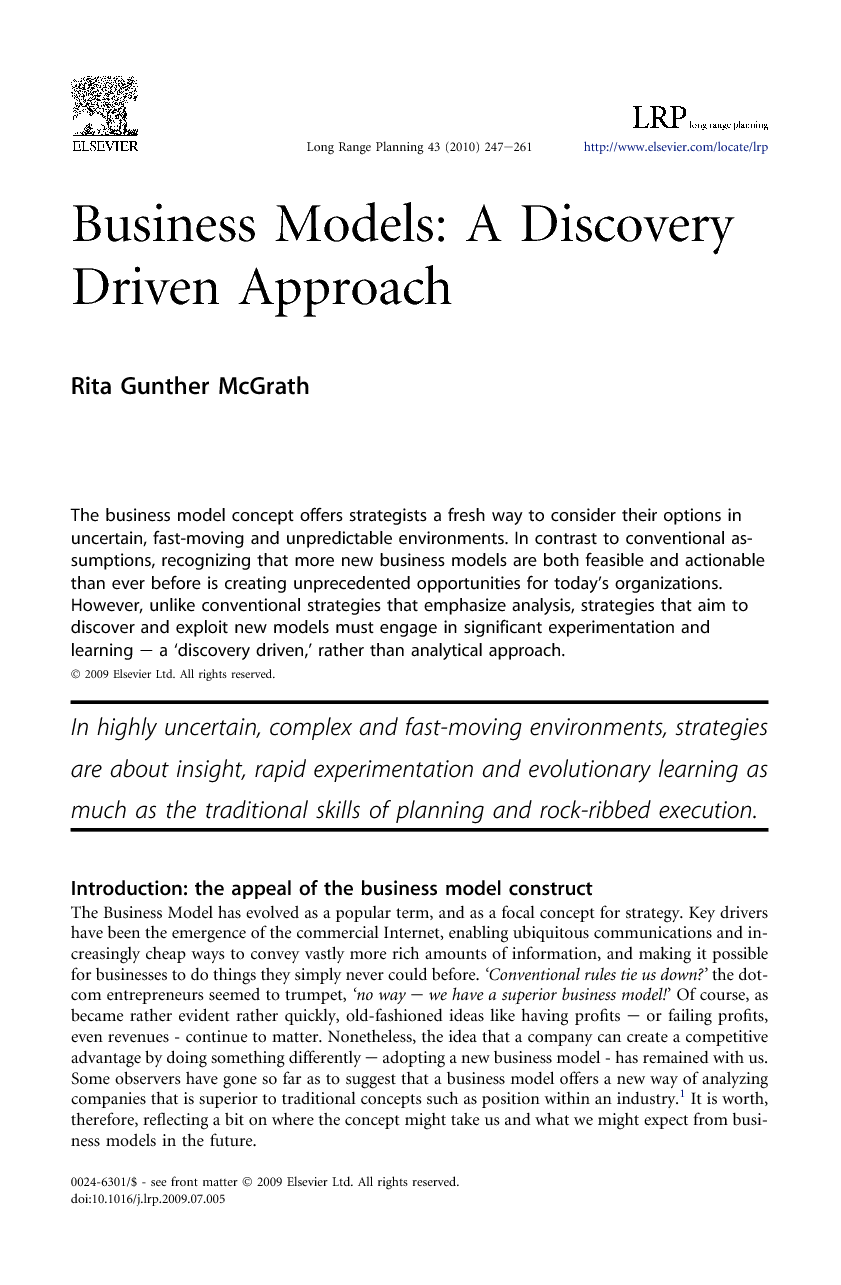 The business model concept offers strategists a fresh way to consider their options in uncertain, fast-moving and unpredictable environments. In contrast to conventional assumptions, recognizing that more new business models are both feasible and actionable than ever before is creating unprecedented opportunities for today's organizations. However, unlike conventional strategies that emphasize analysis, strategies that aim to discover and exploit new models must engage in significant experimentation and learning – a ‘discovery driven,’ rather than analytical approach.

I suggested that the business model concept is a powerful idea for strategic thinking and strategic research, and allows us to shift focus from a pre-occupation with the resources a firm has, to the use to which those resources are put. As the Xerox CEO noted, identical firm-level resources could be used to chase a transaction-oriented or an annuity model. Because the annuity model contains some elements of lock-in that makes customers more sticky; because it can promise an analyzable future with some stability; and because observers can understand how annuities should be priced, the annuity model is the more attractive. This sort of analysis may well help us to understand why some firms are more successful than others, despite their similar-looking resource endowments. With new business models, experimentation is key, and it can take place both within firms and across industries. This itself may offer another source of competitive differentiation, as some firms develop superior capabilities at experimentation and consequently can build better models more quickly than their slower counterparts. Finally, there is a human dimension to competing on new business models that we are also beginning to understand. Encouraging leaders to question the viability of a business model, and to have the right conversations with those who might challenge it, will become increasingly important. So too will the use of planning and analysis frameworks appropriate to the level of uncertainty a company is facing. the business model concept shifts focus from the resources firms have to how they use them…experimentation is key, within firms and across industries … [conversations with] those who can challenge business model viability will become increasingly important.