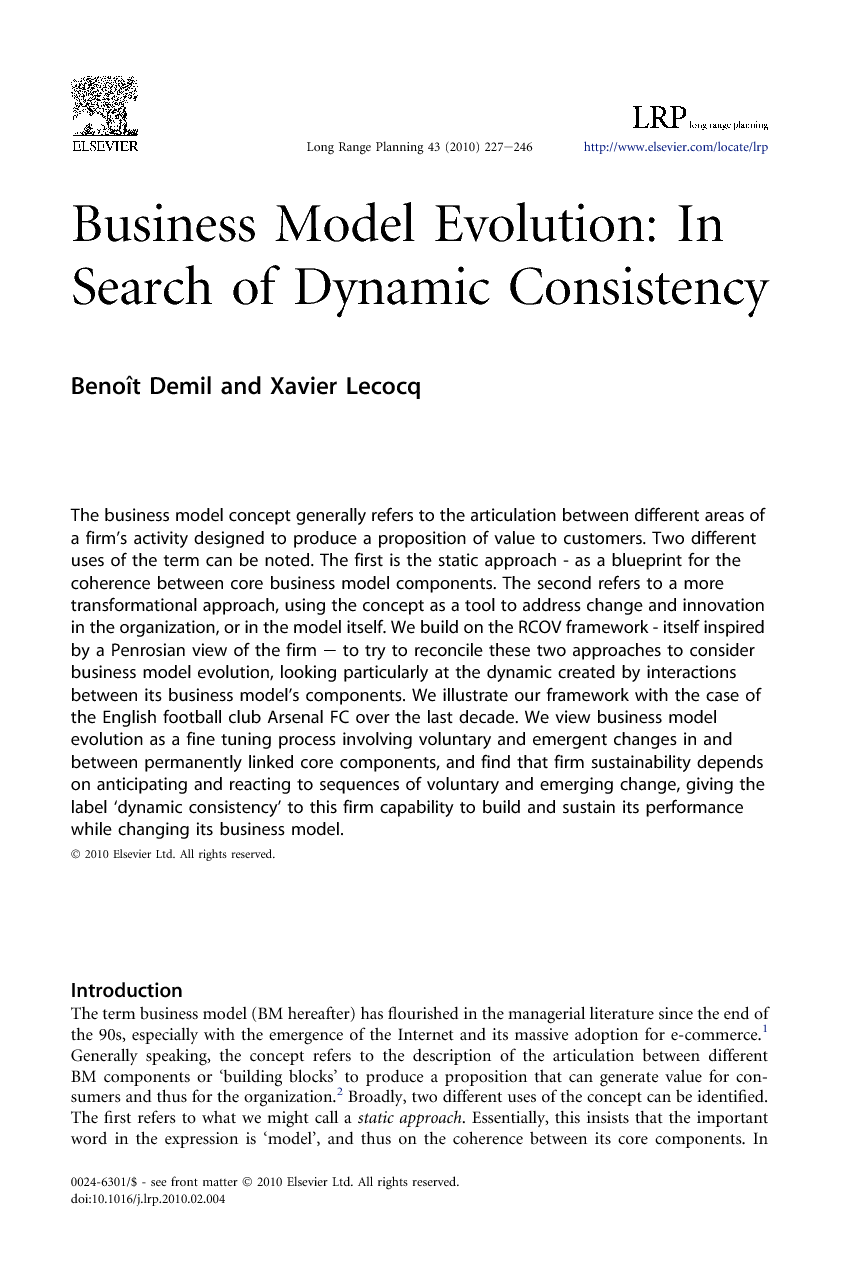 The business model concept generally refers to the articulation between different areas of a firm's activity designed to produce a proposition of value to customers. Two different uses of the term can be noted. The first is the static approach - as a blueprint for the coherence between core business model components. The second refers to a more transformational approach, using the concept as a tool to address change and innovation in the organization, or in the model itself. We build on the RCOV framework - itself inspired by a Penrosian view of the firm – to try to reconcile these two approaches to consider business model evolution, looking particularly at the dynamic created by interactions between its business model's components. We illustrate our framework with the case of the English football club Arsenal FC over the last decade. We view business model evolution as a fine tuning process involving voluntary and emergent changes in and between permanently linked core components, and find that firm sustainability depends on anticipating and reacting to sequences of voluntary and emerging change, giving the label ‘dynamic consistency’ to this firm capability to build and sustain its performance while changing its business model.