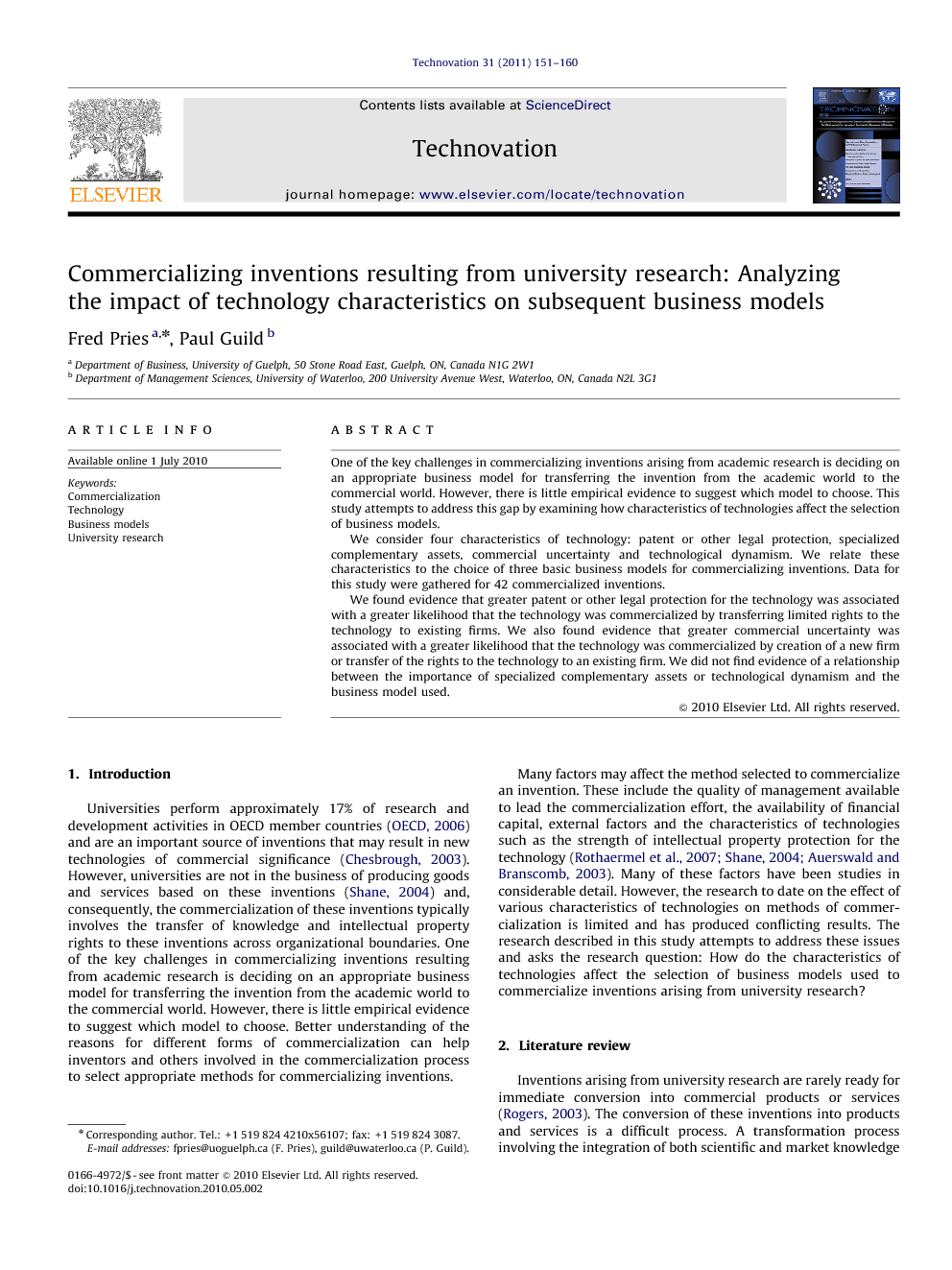 Universities perform approximately 17% of research and development activities in OECD member countries (OECD, 2006) and are an important source of inventions that may result in new technologies of commercial significance (Chesbrough, 2003). However, universities are not in the business of producing goods and services based on these inventions (Shane, 2004) and, consequently, the commercialization of these inventions typically involves the transfer of knowledge and intellectual property rights to these inventions across organizational boundaries. One of the key challenges in commercializing inventions resulting from academic research is deciding on an appropriate business model for transferring the invention from the academic world to the commercial world. However, there is little empirical evidence to suggest which model to choose. Better understanding of the reasons for different forms of commercialization can help inventors and others involved in the commercialization process to select appropriate methods for commercializing inventions. Many factors may affect the method selected to commercialize an invention. These include the quality of management available to lead the commercialization effort, the availability of financial capital, external factors and the characteristics of technologies such as the strength of intellectual property protection for the technology (Rothaermel et al., 2007, Shane, 2004 and Auerswald and Branscomb, 2003). Many of these factors have been studies in considerable detail. However, the research to date on the effect of various characteristics of technologies on methods of commercialization is limited and has produced conflicting results. The research described in this study attempts to address these issues and asks the research question: How do the characteristics of technologies affect the selection of business models used to commercialize inventions arising from university research?