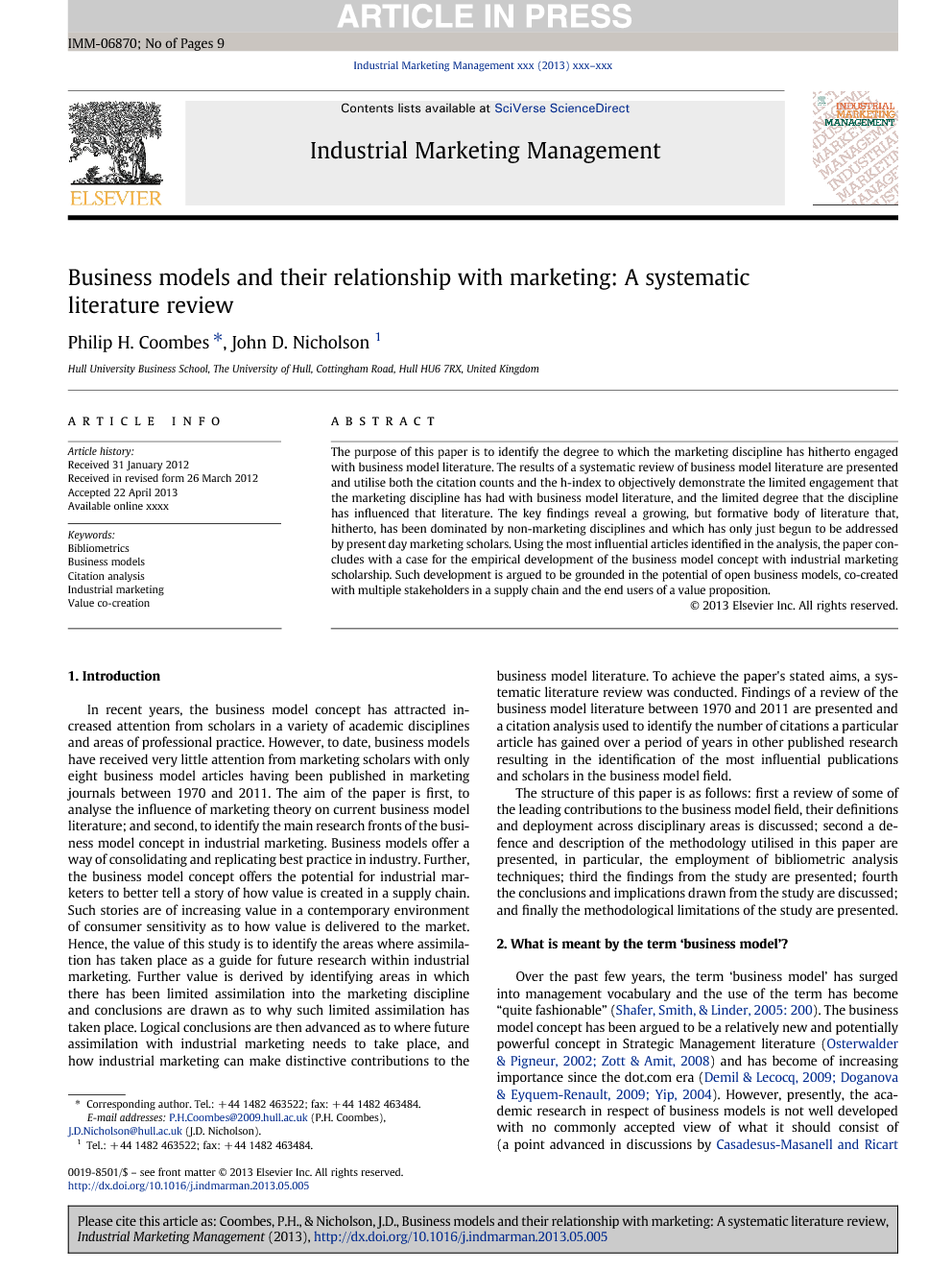 In recent years, the business model concept has attracted increased attention from scholars in a variety of academic disciplines and areas of professional practice. However, to date, business models have received very little attention from marketing scholars with only eight business model articles having been published in marketing journals between 1970 and 2011. The aim of the paper is first, to analyse the influence of marketing theory on current business model literature; and second, to identify the main research fronts of the business model concept in industrial marketing. Business models offer a way of consolidating and replicating best practice in industry. Further, the business model concept offers the potential for industrial marketers to better tell a story of how value is created in a supply chain. Such stories are of increasing value in a contemporary environment of consumer sensitivity as to how value is delivered to the market. Hence, the value of this study is to identify the areas where assimilation has taken place as a guide for future research within industrial marketing. Further value is derived by identifying areas in which there has been limited assimilation into the marketing discipline and conclusions are drawn as to why such limited assimilation has taken place. Logical conclusions are then advanced as to where future assimilation with industrial marketing needs to take place, and how industrial marketing can make distinctive contributions to the business model literature. To achieve the paper's stated aims, a systematic literature review was conducted. Findings of a review of the business model literature between 1970 and 2011 are presented and a citation analysis used to identify the number of citations a particular article has gained over a period of years in other published research resulting in the identification of the most influential publications and scholars in the business model field. The structure of this paper is as follows: first a review of some of the leading contributions to the business model field, their definitions and deployment across disciplinary areas is discussed; second a defence and description of the methodology utilised in this paper are presented, in particular, the employment of bibliometric analysis techniques; third the findings from the study are presented; fourth the conclusions and implications drawn from the study are discussed; and finally the methodological limitations of the study are presented.