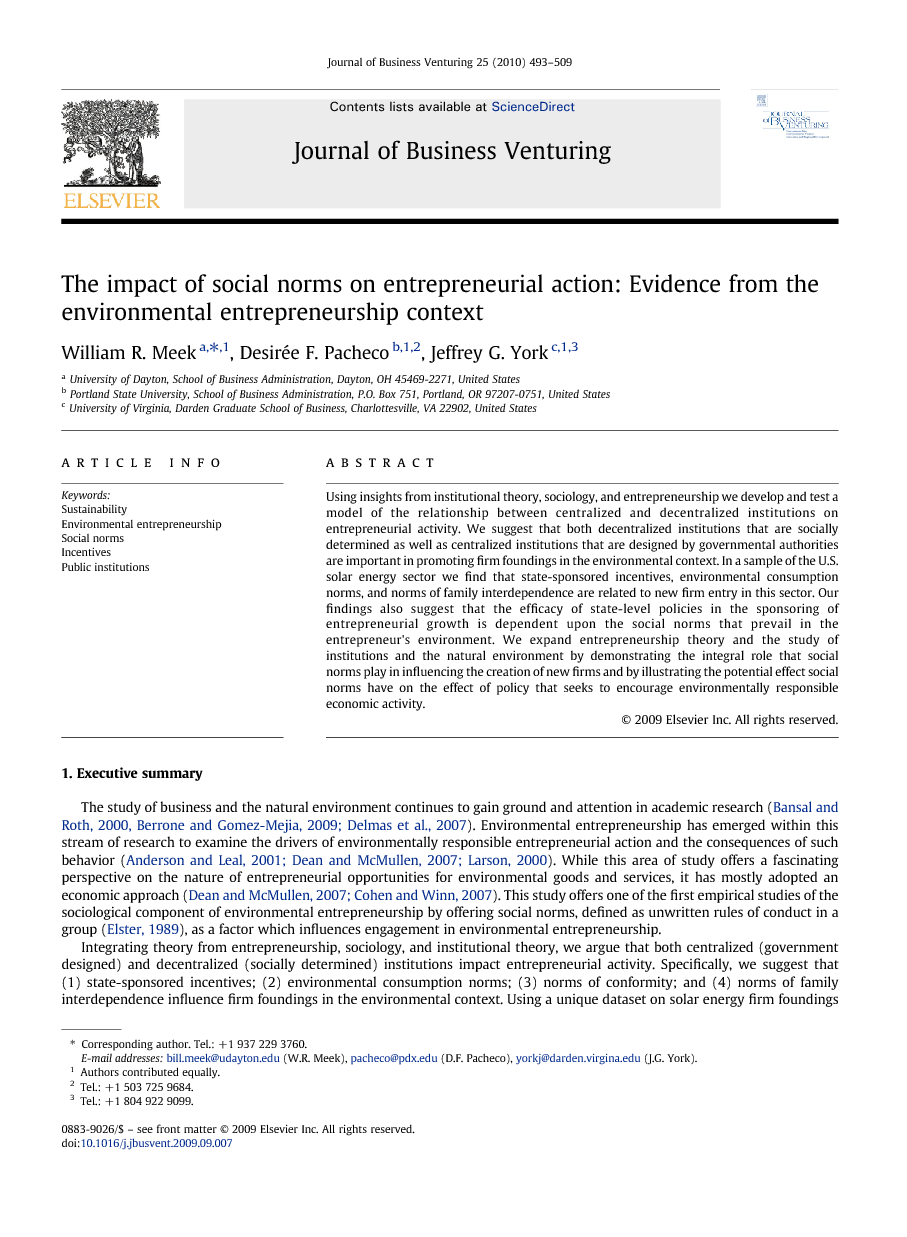 While the influence of traits and situational factors have largely been dismissed as drivers of entrepreneurship, an examination of how norms impact levels of entrepreneurship can help us understand not only why some individuals choose to become entrepreneurs, but why they choose specific businesses to initiate. We may need to start asking not only what predicts entrepreneurship, but what predicts entrepreneurship which creates societal benefits (Baumol, 1990). This study offers a glimpse of the power social norms have to influence not only entrepreneurial action, but also the efficacy of policy decisions which seek to create economic and environmental benefits for society. Our hope is that through our empirical work, we will motivate others to join us in the examination of how the pervasive social norms around us provide guardrails for the entrepreneurial journey.