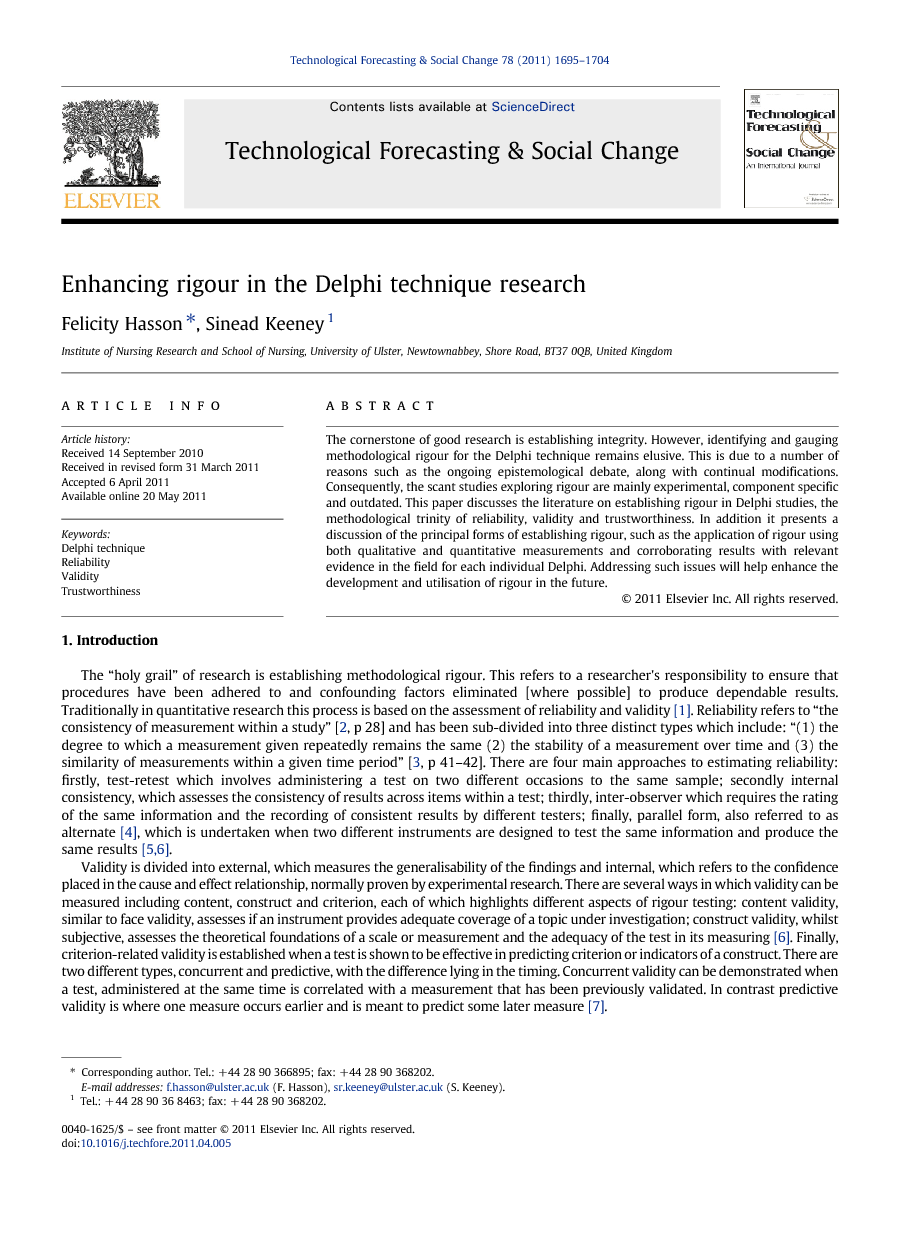 The cornerstone of good research is establishing integrity. However, identifying and gauging methodological rigour for the Delphi technique remains elusive. This is due to a number of reasons such as the ongoing epistemological debate, along with continual modifications. Consequently, the scant studies exploring rigour are mainly experimental, component specific and outdated. This paper discusses the literature on establishing rigour in Delphi studies, the methodological trinity of reliability, validity and trustworthiness. In addition it presents a discussion of the principal forms of establishing rigour, such as the application of rigour using both qualitative and quantitative measurements and corroborating results with relevant evidence in the field for each individual Delphi. Addressing such issues will help enhance the development and utilisation of rigour in the future.

Debate over establishing the methodological rigour of the Delphi is ongoing but it is one which should not be ignored. Traditional approaches to measure rigour overlook what the fundamental flaws of a Delphi are and what in reality it can achieve. Delphi practitioners need to address such issues and be explicit about how and why they choose such criteria. It is recommended that measures of rigour for both qualitative and quantitative be applied to each Delphi study as well as its findings to be confirmed and verified. Addressing such issues will help enhance the development and utilisation of the Delphi in the future.