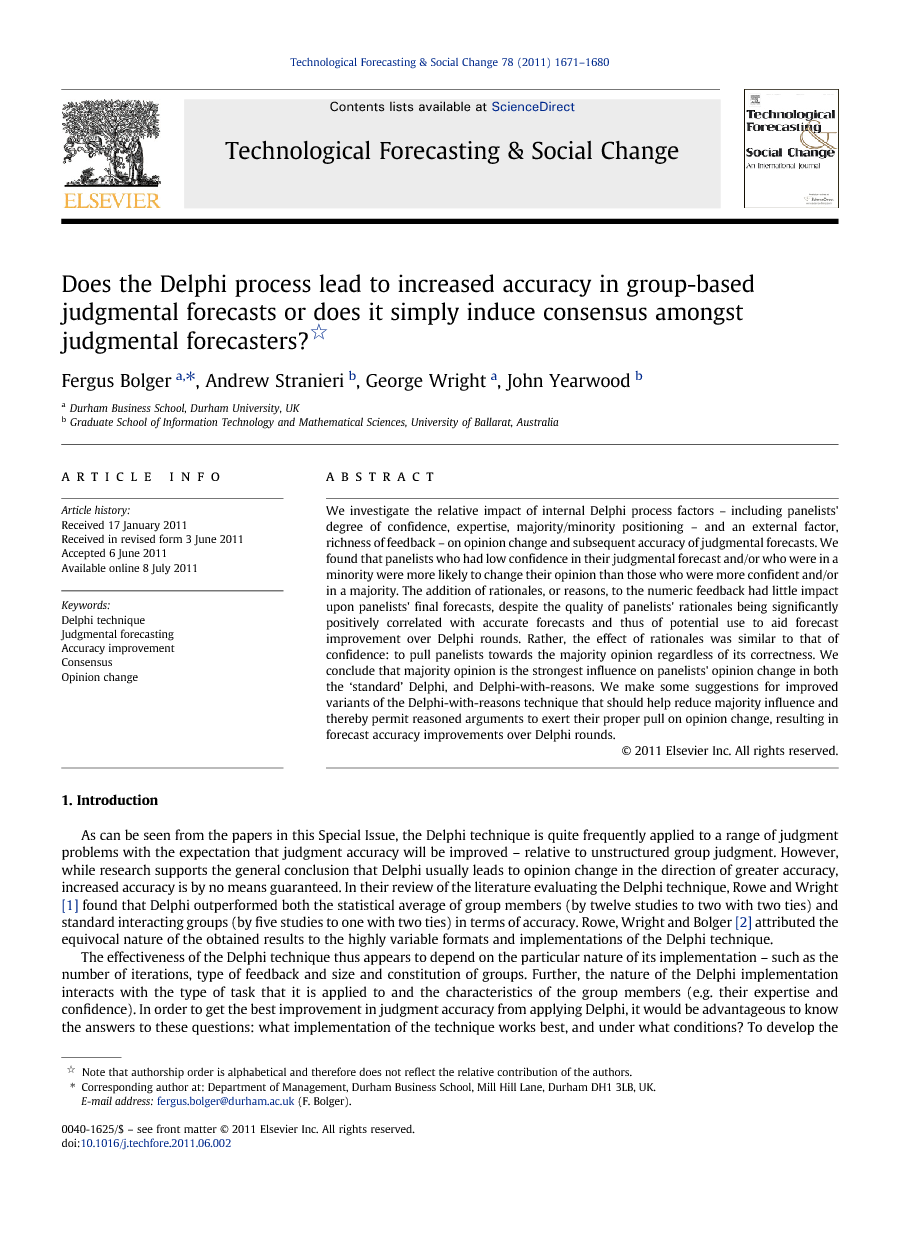 We investigate the relative impact of internal Delphi process factors – including panelists' degree of confidence, expertise, majority/minority positioning – and an external factor, richness of feedback – on opinion change and subsequent accuracy of judgmental forecasts. We found that panelists who had low confidence in their judgmental forecast and/or who were in a minority were more likely to change their opinion than those who were more confident and/or in a majority. The addition of rationales, or reasons, to the numeric feedback had little impact upon panelists' final forecasts, despite the quality of panelists' rationales being significantly positively correlated with accurate forecasts and thus of potential use to aid forecast improvement over Delphi rounds. Rather, the effect of rationales was similar to that of confidence: to pull panelists towards the majority opinion regardless of its correctness. We conclude that majority opinion is the strongest influence on panelists' opinion change in both the ‘standard’ Delphi, and Delphi-with-reasons. We make some suggestions for improved variants of the Delphi-with-reasons technique that should help reduce majority influence and thereby permit reasoned arguments to exert their proper pull on opinion change, resulting in forecast accuracy improvements over Delphi rounds.