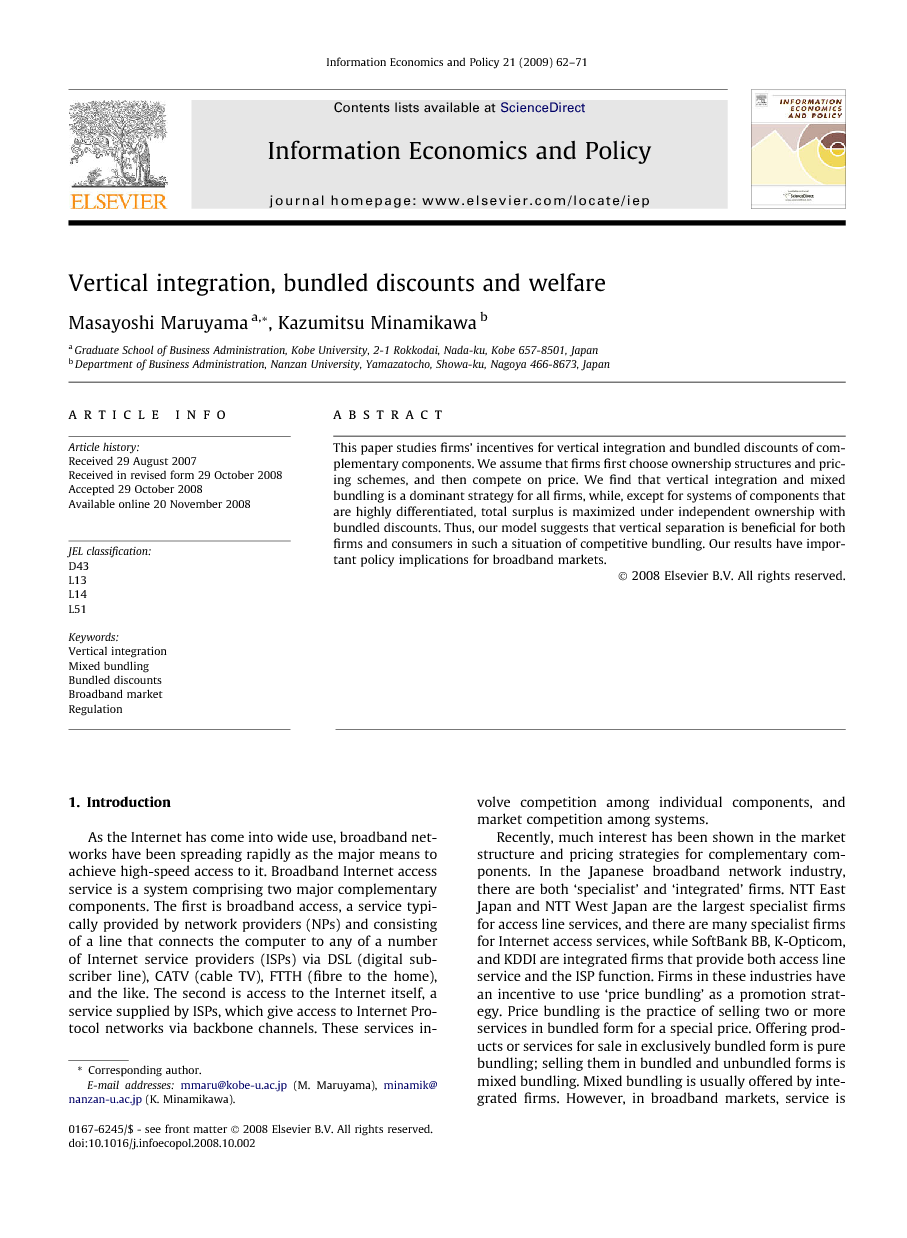 This paper studies firms’ incentives for vertical integration and bundled discounts of complementary components. We assume that firms first choose ownership structures and pricing schemes, and then compete on price. We find that vertical integration and mixed bundling is a dominant strategy for all firms, while, except for systems of components that are highly differentiated, total surplus is maximized under independent ownership with bundled discounts. Thus, our model suggests that vertical separation is beneficial for both firms and consumers in such a situation of competitive bundling. Our results have important policy implications for broadband markets.

In this paper, we considered the incentives for integration and bundled discounts by firms in the markets of complementary components. While there are a number of reasons why firms may use vertical integration and why separate goods are sold in a bundled form, we explored the strategic reasons by using a three-stage game. As in the case of the usual arguments over monopoly or duopoly, when firms use pure component pricing, we showed that vertical integration is better than independent ownership from the viewpoint of social welfare. However, when firms use mixed bundling or bundled discounts, the equilibrium in duopoly competition is qualitatively different. As we have shown, vertical integration with mixed bundling is a dominant strategy for all firms. On the other hand, both consumer surplus and social surplus are maximized under independent ownership with bundled discounts for a wide range of parameters. This result occurs because integrated firms set lower prices for their bundles and set higher prices for their unbundled components, which in turn makes the prices of hybrid systems that use the integrated firm’s component along with another firm’s component less attractive to buyers. This outcome has effects similar to raising the rival’s costs and foreclosing hybrid systems, which is a negative aspect of vertical integration and mixed bundling. In this respect, our model suggests that vertical separation is beneficial to both firms and consumers. The results of this paper have important implications for many areas of regulation, including, for example, the regulation of network industries.