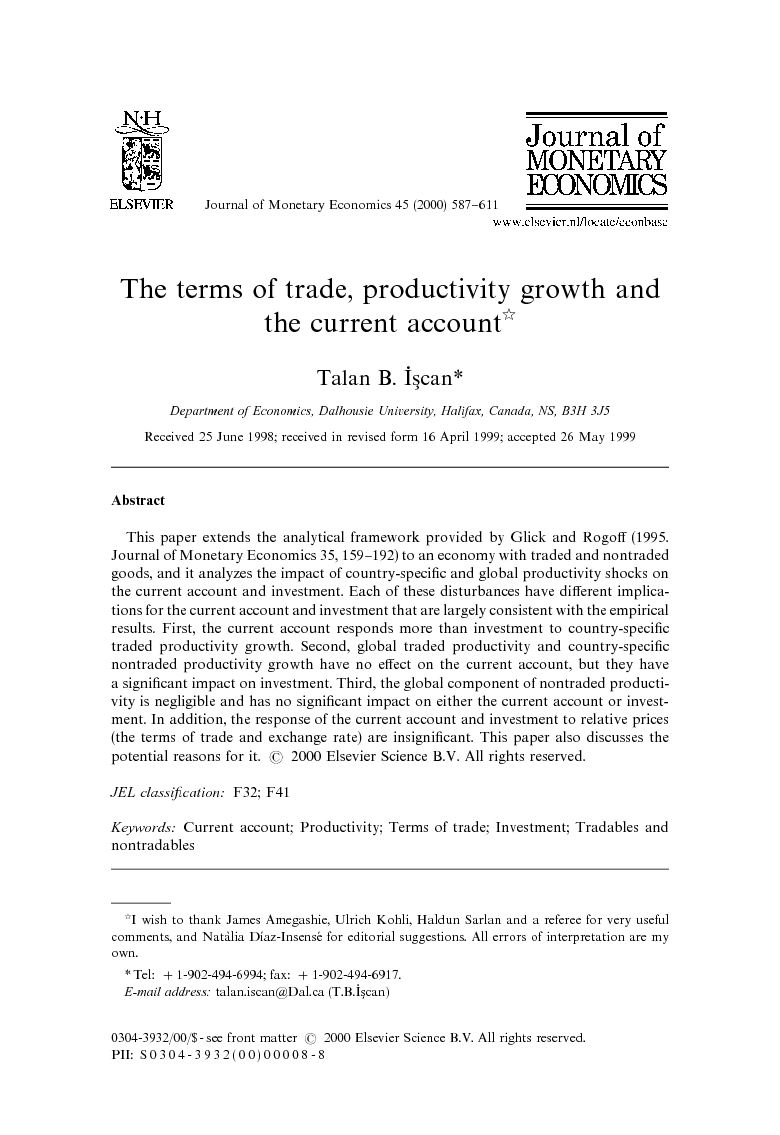 This paper has developed a tractable two-sector open economy model and estimated the current account and investment equations for the G-7 countries. It is assumed that there are four distinct sources of productivity growth; country-specific and global productivity growth in both tradables and nontradables. Each of these disturbances have different implications for the current account and investment dynamics, and these are found to be largely consistent with the regression results. Based on these considerations the model performs very well.Another important feature of the analysis is that (induced) changes in relative prices also have reallocation effects in addition to those implied by the productivity growth. Although these effects are in general difficult to estimate, under the identifying assumption that productivity growth is the main source of output fluctuations, inclusion of relative prices in the reduced form equations help reduce the omitted variable bias. In deriving the reduced form investment and the current account equations, the paper closely followed the innovative approach proposed by Glick and Rogoff (1995). In fact, the analysis presented here allowed for nontraded goods that Glick and Rogoff (1995, p. 186) identified as a possible extension of their model. The results presented here demonstrate the usefulness of this extension, and extend their stylized facts.