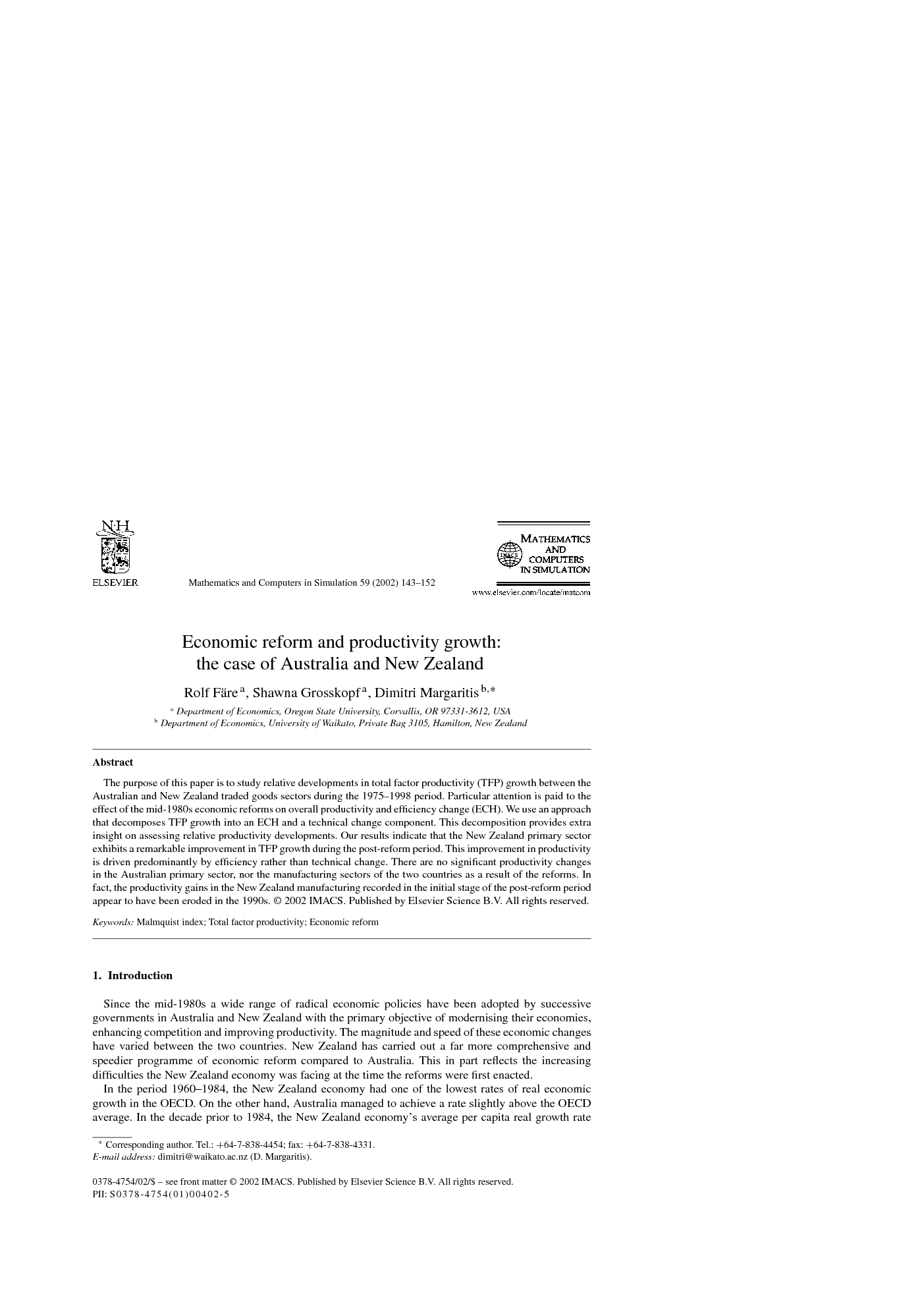 The purpose of this paper is to study relative developments in total factor productivity (TFP) growth between the Australian and New Zealand traded goods sectors during the 1975–1998 period. Particular attention is paid to the effect of the mid-1980s economic reforms on overall productivity and efficiency change (ECH). We use an approach that decomposes TFP growth into an ECH and a technical change component. This decomposition provides extra insight on assessing relative productivity developments. Our results indicate that the New Zealand primary sector exhibits a remarkable improvement in TFP growth during the post-reform period. This improvement in productivity is driven predominantly by efficiency rather than technical change. There are no significant productivity changes in the Australian primary sector, nor the manufacturing sectors of the two countries as a result of the reforms. In fact, the productivity gains in the New Zealand manufacturing recorded in the initial stage of the post-reform period appear to have been eroded in the 1990s.

We offer evidence on relative TFP productivity developments in the Australian and New Zealand primary and manufacturing sectors in total as well as in terms of the efficiency and TCH components of productivity growth. Our results indicate that the primary sectors have achieved a much better productivity record relative to the manufacturing sectors of the two countries. In addition, the New Zealand primary sector has recorded a significant increase in productivity in the post-reform period. As this increase in productivity is essentially driven by efficiency improvements, it is reasonable to argue that the sector has responded positively to the pressures imposed by the loss of subsidies and other border protection measures. The New Zealand manufacturing sector recorded an improvement in productivity in the earlier stages of the reform period but these improvements did not carry on through the 1990s. The main problem with this sector’s productivity performance is a poor efficiency record. Somehow, the sector has not been able to deliver on the benefits expected to accrue as a result of the overall micro-economic reforms, including the labour market deregulation of 1991. New Zealand manufacturers appear able to adopt state-of-the-art technology and shift the production frontier but they fall short on their ability to manage the diffusion of technology efficiently. Recent attempts by the New Zealand government to set research funding priorities in the area of technology diffusion should be regarded as an important and positive development.