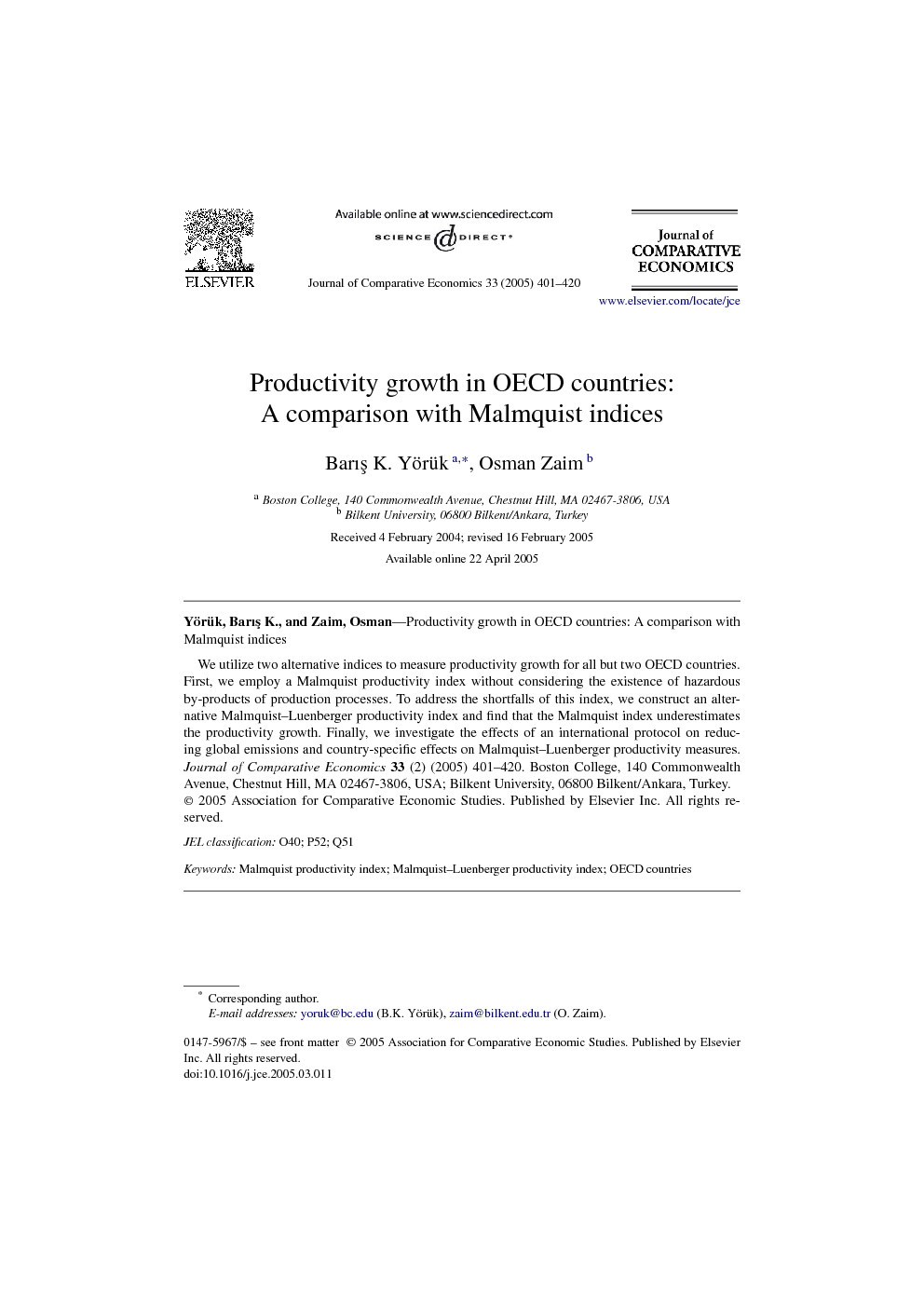 The OECD has a long-standing program to improve resource efficiency, to address the environmental impact of growth, and to consider issues related to technological change. Efficient use of resources encourages growth and sustainable development in OECD countries. However, measures that internalize negative externalities in production processes are required to provide an accurate assessment of environmental problems. Following Färe et al. (1994b) and Chung et al. (1997), we measure productivity growth of the OECD countries using two indices, namely the Malmquist (M) index and the Malmquist–Luenberger (ML) index. We find that the M index, which does not account for negative externalities, measures higher productivity growth than the ML index during the periods in which undesirable outputs trend upwards. Alternatively, during time periods exhibiting a downward trend in pollutants, the ML index is larger than the M index. Therefore, we conclude that the M index is not well-suited to measure productivity in the presence of negative externalities. Although the ranking of countries differs according to which emissions are included, Ireland and Norway are the best performers for all four ML indices computed. In addition, the technical change component dominates the efficiency change component in these ML indices. The ML indices measure average productivity growth of at least about 10% for the OECD countries from 1985 to 1998, with the index that includes nitrogen oxide and organic water pollutant emissions, indicating a 20% productivity growth. Compared with the conventional M index, the ML indices record at least 7% higher productivity growth for OECD countries. Finally, we investigate the determinants of the variation in productivity growth across these countries, paying attention to the potential role played by the UNFCCC protocol on emissions. We find that the dummy variable representing the ratification of this agreement has a significant, positive effect on the ML index. Furthermore, we establish threshold levels of GDP per capita and industrialization for the OECD countries above which productivity growth trends upward.