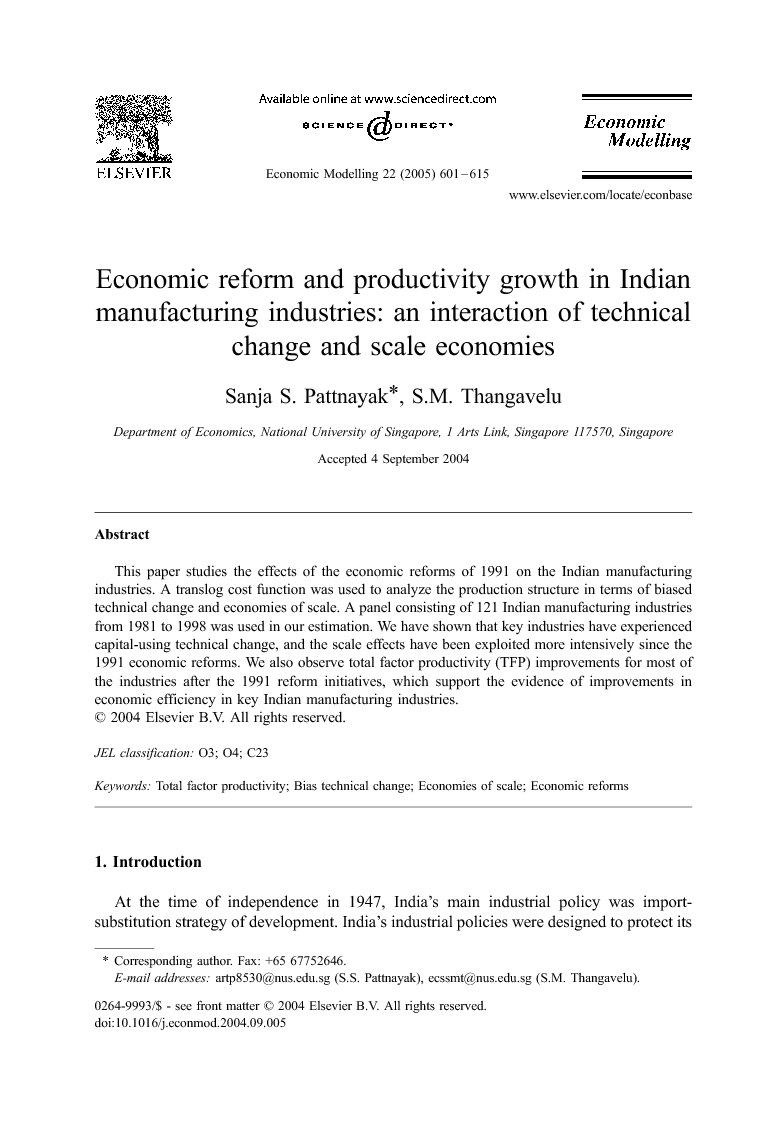 This paper has analyzed the effects of liberalization on the Indian manufacturing industries initiated by the 1991 economic reforms. The results suggest that the key industries have experienced capital-using technical change and increase in total factor productivity growth. The study also suggests that the industries in our sample have experienced economies of scale, and the scale effects have been exploited more intensively since the 1991 economic reforms. Capital-using technical change in the Indian manufacturing industries has policy implications in terms of capital accumulation and increasing total factor productivity in the manufacturing industries. Because the results suggest that the technical change is increasing capital share relative to labour share, the income of owners of capital has increased since the 1991 economic reforms. This has increased the returns for investing in capital goods and hence capital accumulation. The likely impact of these changes is an increase in the prices of capital goods and, in the case of capital-using technical change, dampening of the growth of total factor productivity. The results so far suggest that the total factor productivity growth has improved after the 1991 economic reform for most of the industries in our sample. However, we do not expect this result to hold in the future if the demand for capital investment increases substantially. To mitigate this outcome, the government may consider keeping the interest rate and hence cost of capital low. The other option might be to provide more effective and targeted tax incentives and subsidies for selected capital investment and thus keeping the cost of capital in key sectors low. This could by stimulating the investment in capital, increase total factor productivity growth in the manufacturing sector. As the economy liberalizes and permits greater inflow of capital into the economy, the usage of foreign capital could make important productive contribution to the industrial structure.