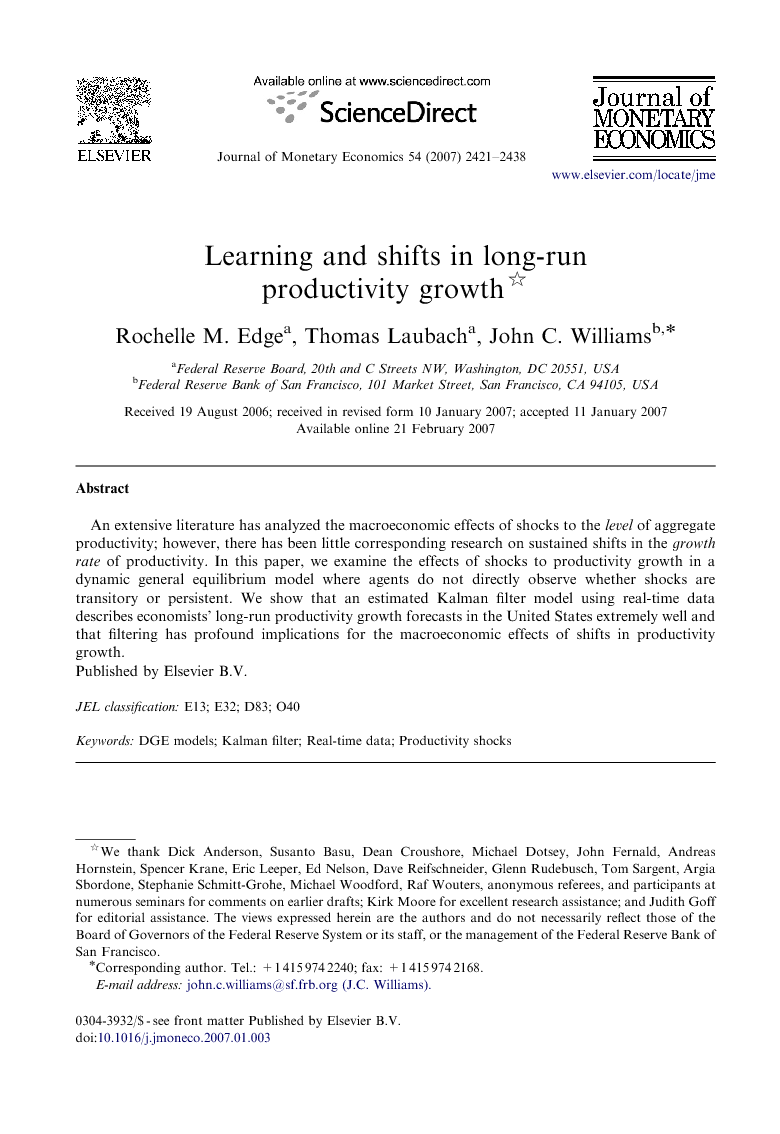 This paper shows that an estimated Kalman filter model provides a very good description of the evolution of economists’ real-time estimates of long-run productivity growth during both the 1970s and 1990s and that incorporating the gradual recognition of shifts in the trend growth rate that results from the Kalman filter has important implications for macroeconomic responses to productivity shocks. These findings have implications for a broader set of issues than those studied here. In a companion paper, Edge et al. (2003) explore the effects and monetary policy implications of shifts in long-run growth in a model with nominal rigidities.