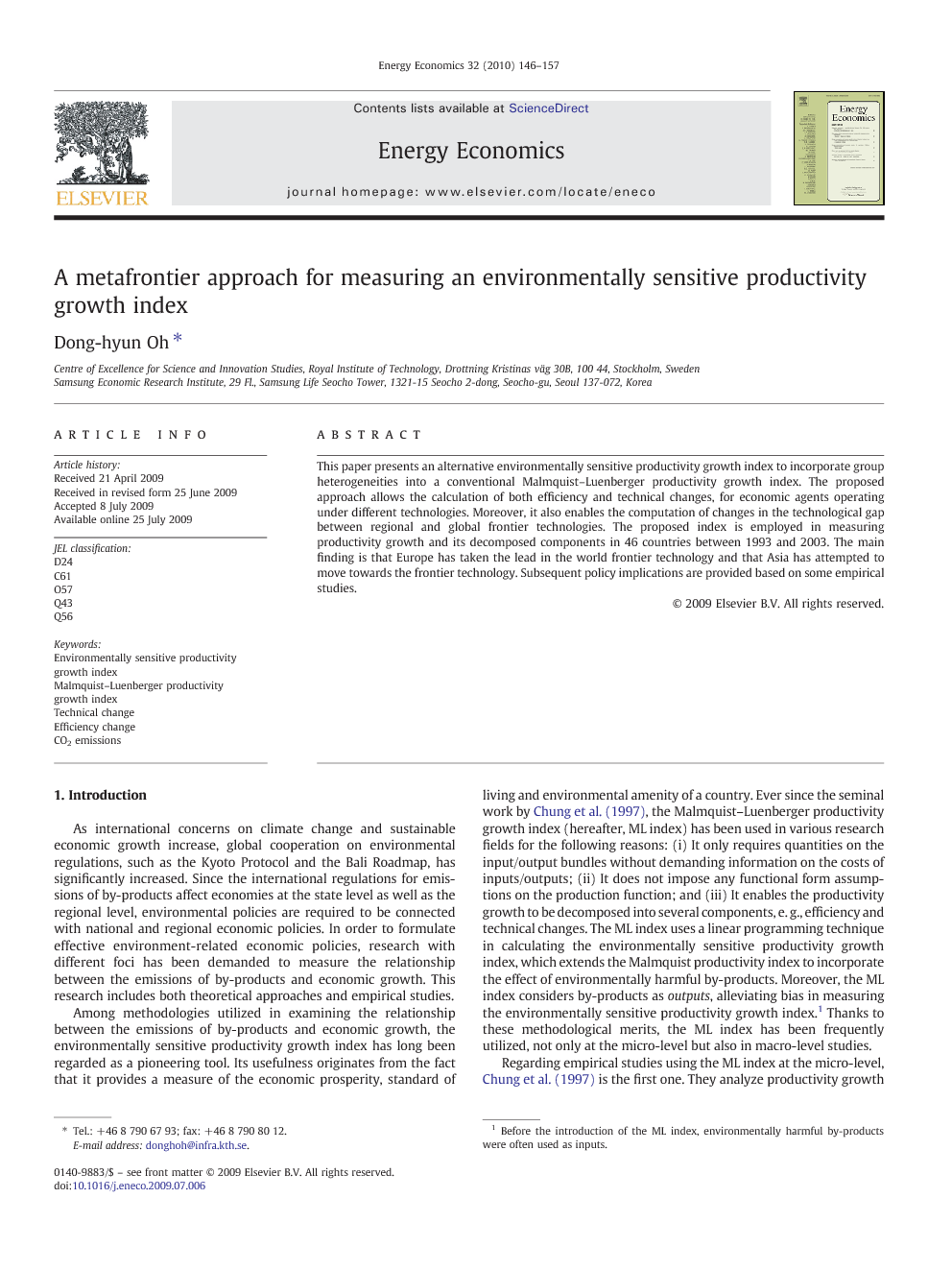 This paper presents an alternative environmentally sensitive productivity growth index to incorporate group heterogeneities into a conventional Malmquist–Luenberger productivity growth index. The proposed approach allows the calculation of both efficiency and technical changes, for economic agents operating under different technologies. Moreover, it also enables the computation of changes in the technological gap between regional and global frontier technologies. The proposed index is employed in measuring productivity growth and its decomposed components in 46 countries between 1993 and 2003. The main finding is that Europe has taken the lead in the world frontier technology and that Asia has attempted to move towards the frontier technology. Subsequent policy implications are provided based on some empirical studies