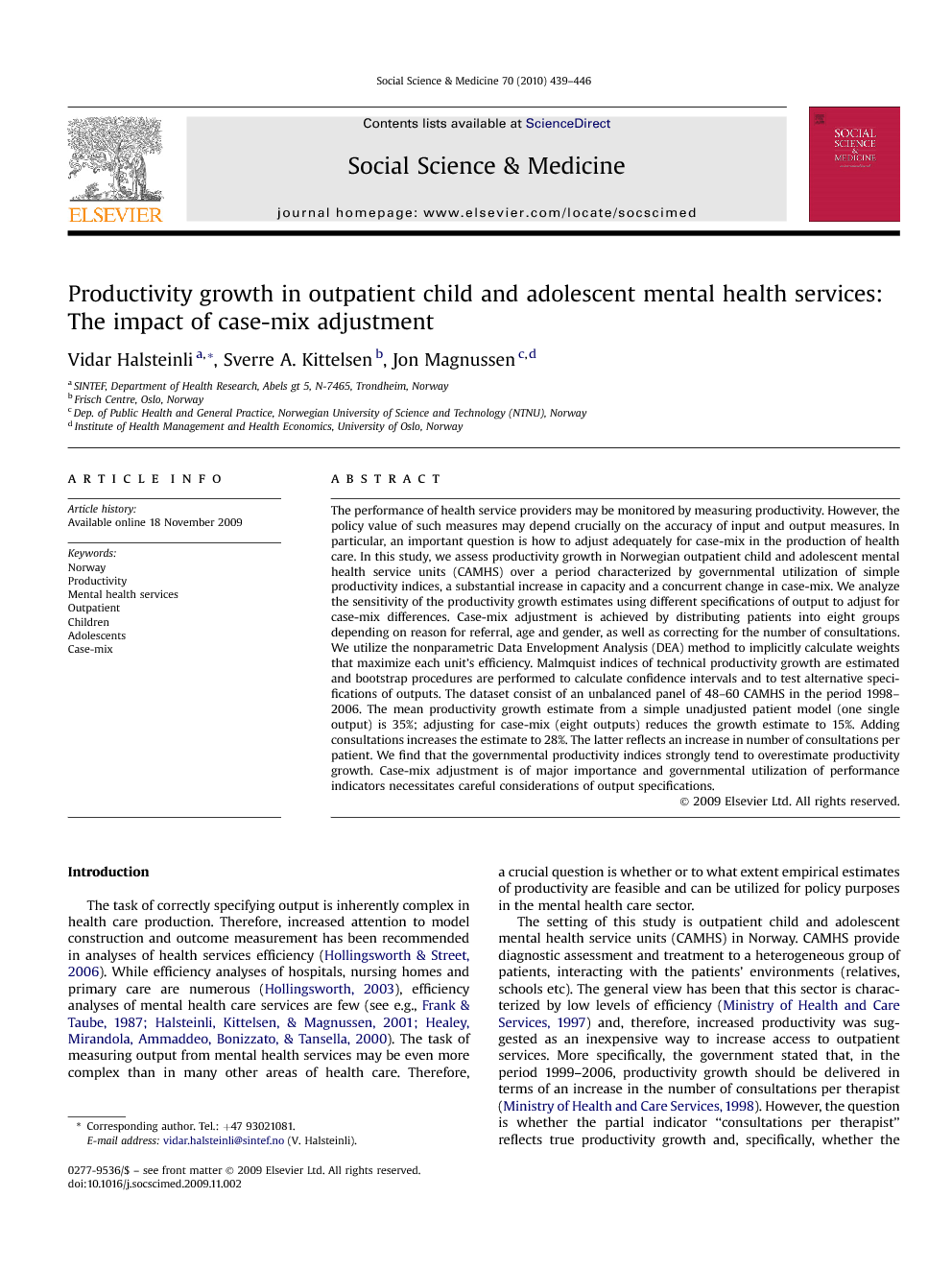 The performance of health service providers may be monitored by measuring productivity. However, the policy value of such measures may depend crucially on the accuracy of input and output measures. In particular, an important question is how to adjust adequately for case-mix in the production of health care. In this study, we assess productivity growth in Norwegian outpatient child and adolescent mental health service units (CAMHS) over a period characterized by governmental utilization of simple productivity indices, a substantial increase in capacity and a concurrent change in case-mix. We analyze the sensitivity of the productivity growth estimates using different specifications of output to adjust for case-mix differences. Case-mix adjustment is achieved by distributing patients into eight groups depending on reason for referral, age and gender, as well as correcting for the number of consultations. We utilize the nonparametric Data Envelopment Analysis (DEA) method to implicitly calculate weights that maximize each unit's efficiency. Malmquist indices of technical productivity growth are estimated and bootstrap procedures are performed to calculate confidence intervals and to test alternative specifications of outputs. The dataset consist of an unbalanced panel of 48–60 CAMHS in the period 1998–2006. The mean productivity growth estimate from a simple unadjusted patient model (one single output) is 35%; adjusting for case-mix (eight outputs) reduces the growth estimate to 15%. Adding consultations increases the estimate to 28%. The latter reflects an increase in number of consultations per patient. We find that the governmental productivity indices strongly tend to overestimate productivity growth. Case-mix adjustment is of major importance and governmental utilization of performance indicators necessitates careful considerations of output specifications.

Even in a sector consisting of relatively homogenous treatment units like outpatient CAMHS, case-mix adjustment is of major importance when estimating productivity growth. Governmental utilization of performance indicators necessitates careful considerations of output specifications owing to potential unwanted side effects. Both improved measures of output and further analyses of patient group differences in treatment patterns and resource use are important to improve future estimates of productivity growth.