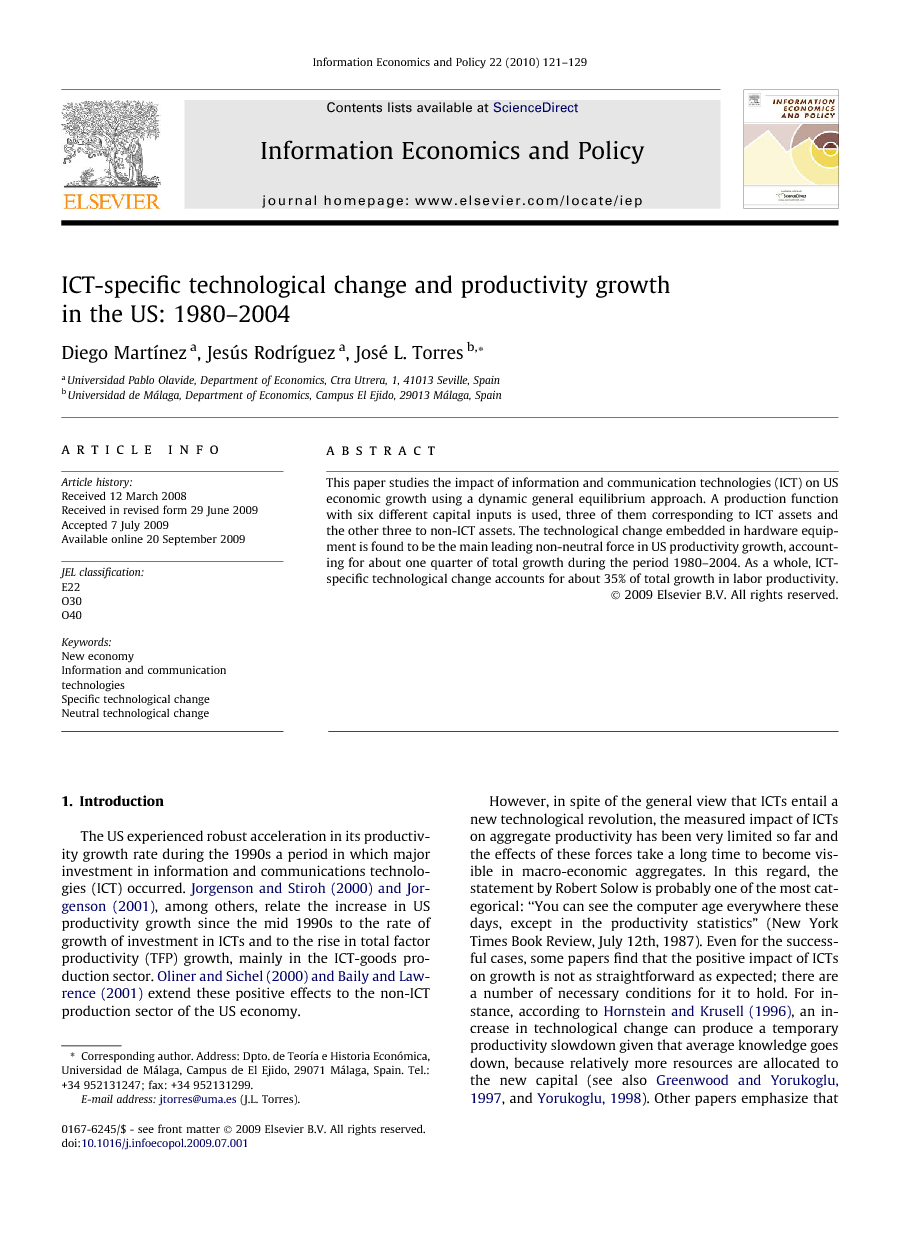 This paper studies the impact of information and communication technologies (ICT) on US economic growth using a dynamic general equilibrium approach. A production function with six different capital inputs is used, three of them corresponding to ICT assets and the other three to non-ICT assets. The technological change embedded in hardware equipment is found to be the main leading non-neutral force in US productivity growth, accounting for about one quarter of total growth during the period 1980–2004. As a whole, ICT-specific technological change accounts for about 35% of total growth in labor productivity. JEL classification