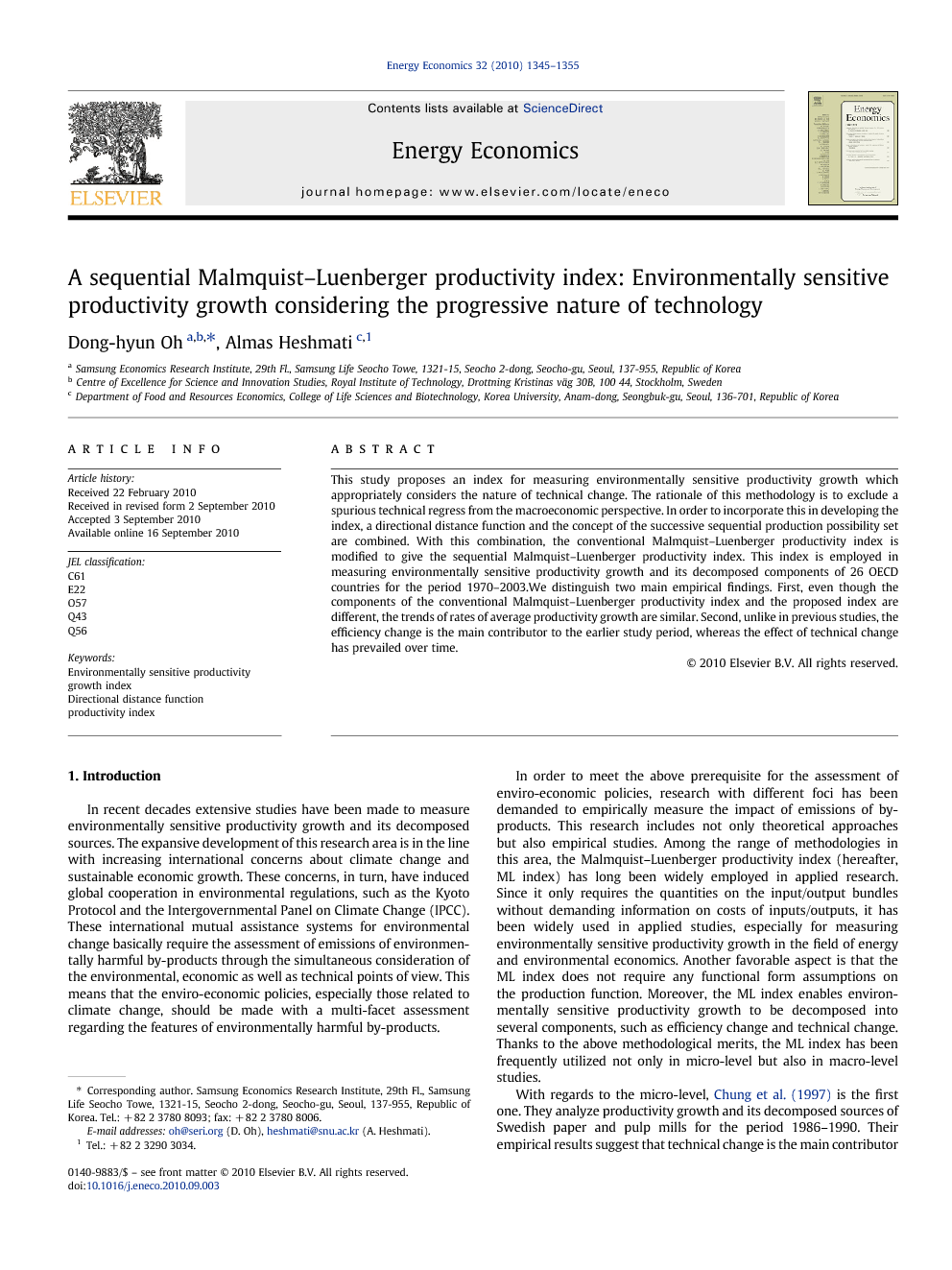 This study proposes an index for measuring environmentally sensitive productivity growth which appropriately considers the nature of technical change. The rationale of this methodology is to exclude a spurious technical regress from the macroeconomic perspective. In order to incorporate this in developing the index, a directional distance function and the concept of the successive sequential production possibility set are combined. With this combination, the conventional Malmquist–Luenberger productivity index is modified to give the sequential Malmquist–Luenberger productivity index. This index is employed in measuring environmentally sensitive productivity growth and its decomposed components of 26 OECD countries for the period 1970–2003.We distinguish two main empirical findings. First, even though the components of the conventional Malmquist–Luenberger productivity index and the proposed index are different, the trends of rates of average productivity growth are similar. Second, unlike in previous studies, the efficiency change is the main contributor to the earlier study period, whereas the effect of technical change has prevailed over time.