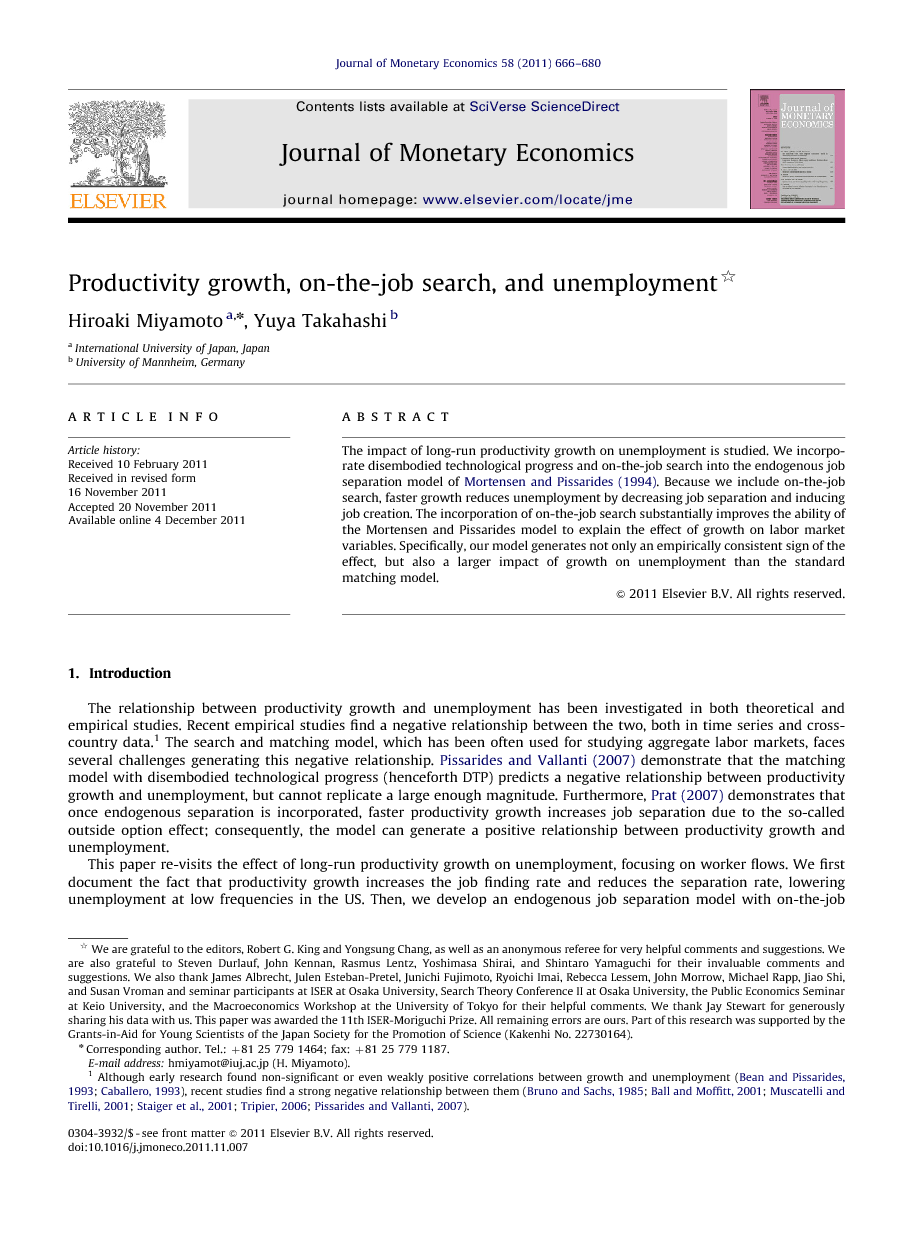 The impact of long-run productivity growth on unemployment is studied. We incorporate disembodied technological progress and on-the-job search into the endogenous job separation model of Mortensen and Pissarides (1994). Because we include on-the-job search, faster growth reduces unemployment by decreasing job separation and inducing job creation. The incorporation of on-the-job search substantially improves the ability of the Mortensen and Pissarides model to explain the effect of growth on labor market variables. Specifically, our model generates not only an empirically consistent sign of the effect, but also a larger impact of growth on unemployment than the standard matching model.