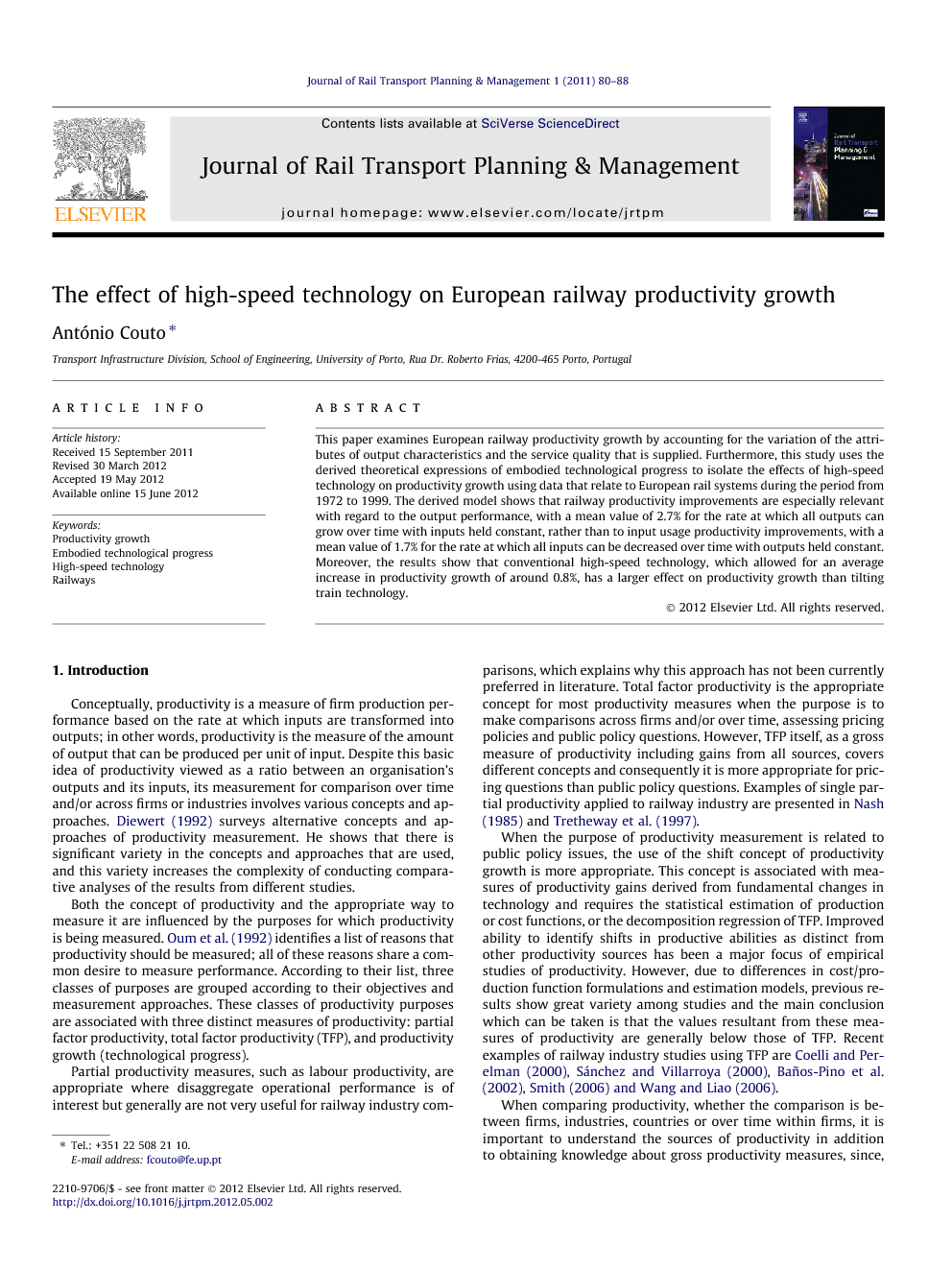 This paper examines European railway productivity growth by accounting for the variation of the attributes of output characteristics and the service quality that is supplied. Furthermore, this study uses the derived theoretical expressions of embodied technological progress to isolate the effects of high-speed technology on productivity growth using data that relate to European rail systems during the period from 1972 to 1999. The derived model shows that railway productivity improvements are especially relevant with regard to the output performance, with a mean value of 2.7% for the rate at which all outputs can grow over time with inputs held constant, rather than to input usage productivity improvements, with a mean value of 1.7% for the rate at which all inputs can be decreased over time with outputs held constant. Moreover, the results show that conventional high-speed technology, which allowed for an average increase in productivity growth of around 0.8%, has a larger effect on productivity growth than tilting train technology.