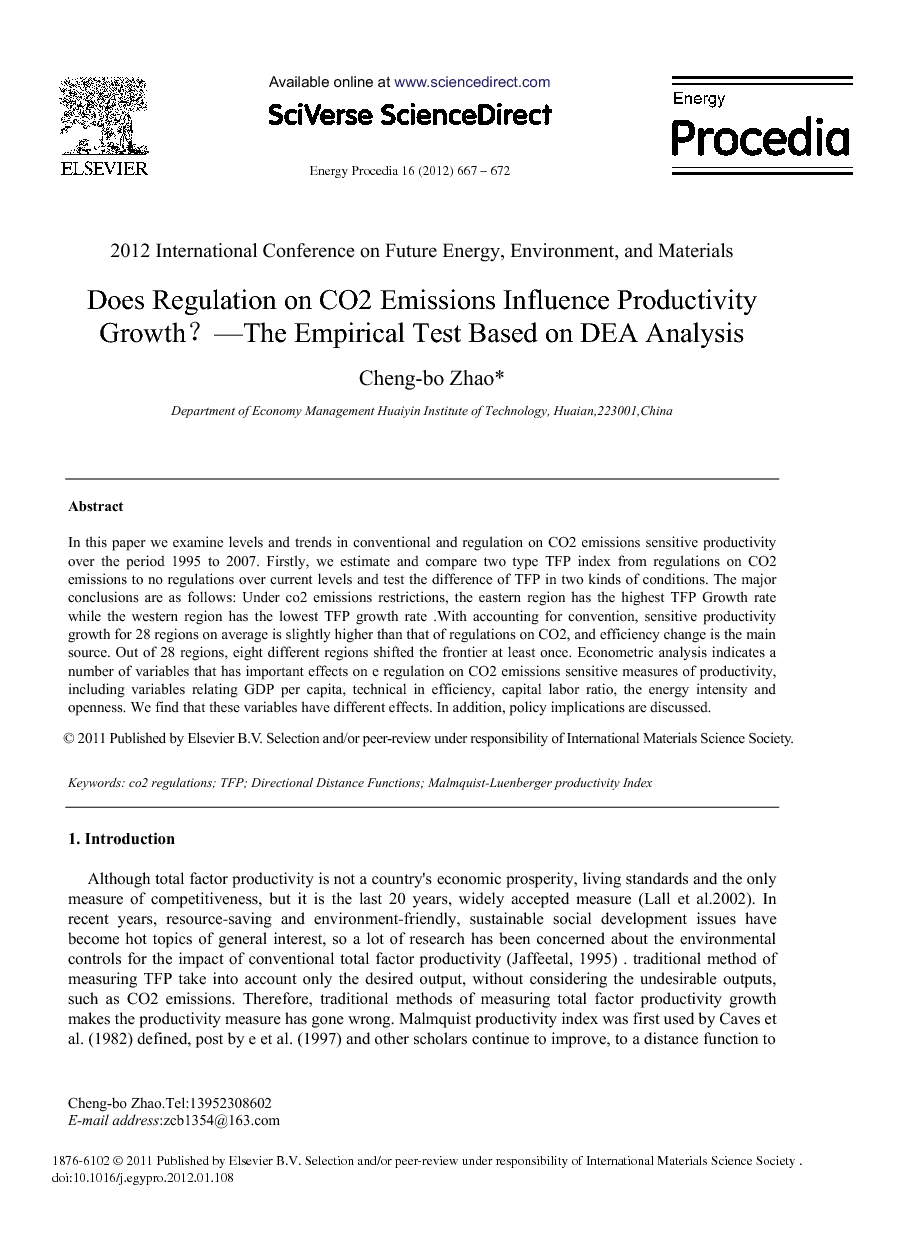 In this paper we examine levels and trends in conventional and regulation on CO2 emissions sensitive productivity over the period 1995 to 2007. Firstly, we estimate and compare two type TFP index from regulations on CO2 emissions to no regulations over current levels and test the difference of TFP in two kinds of conditions. The major conclusions are as follows: Under co2 emissions restrictions, the eastern region has the highest TFP Growth rate while the western region has the lowest TFP growth rate .With accounting for convention, sensitive productivity growth for 28 regions on average is slightly higher than that of regulations on CO2, and efficiency change is the main source. Out of 28 regions, eight different regions shifted the frontier at least once. Econometric analysis indicates a number of variables that has important effects on e regulation on CO2 emissions sensitive measures of productivity, including variables relating GDP per capita, technical in efficiency, capital labor ratio, the energy intensity and openness. We find that these variables have different effects. In addition, policy implications are discussed.