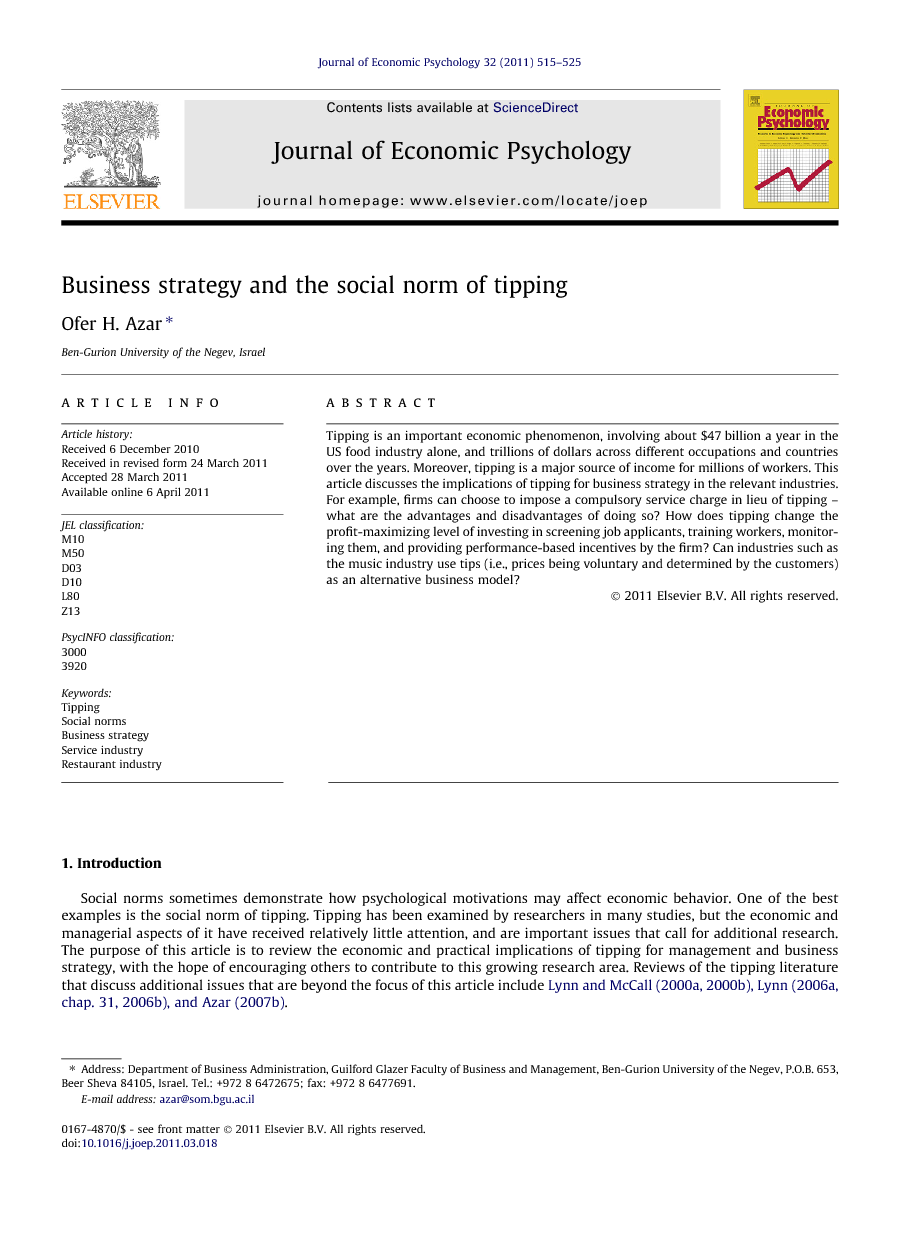 Tipping is an important economic phenomenon, involving about $47 billion a year in the US food industry alone, and trillions of dollars across different occupations and countries over the years. Moreover, tipping is a major source of income for millions of workers. This article discusses the implications of tipping for business strategy in the relevant industries. For example, firms can choose to impose a compulsory service charge in lieu of tipping – what are the advantages and disadvantages of doing so? How does tipping change the profit-maximizing level of investing in screening job applicants, training workers, monitoring them, and providing performance-based incentives by the firm? Can industries such as the music industry use tips (i.e., prices being voluntary and determined by the customers) as an alternative business model?

Tipping is an important phenomenon that involves billions of dollars and entails many implications for business strategy in some industries. One important decision the firm has to make is the choice between tipping and a compulsory service charge. Another implication of tipping is that it may affect the optimal levels of monitoring and performance-based incentives that the firm should provide. This article discusses the implications of tipping for business strategy in tipped industries. Many of these implications require further study. The hope here is that this article will encourage other researchers to contribute further to the literature on tipping in general and in particular on the business implications of tipping.