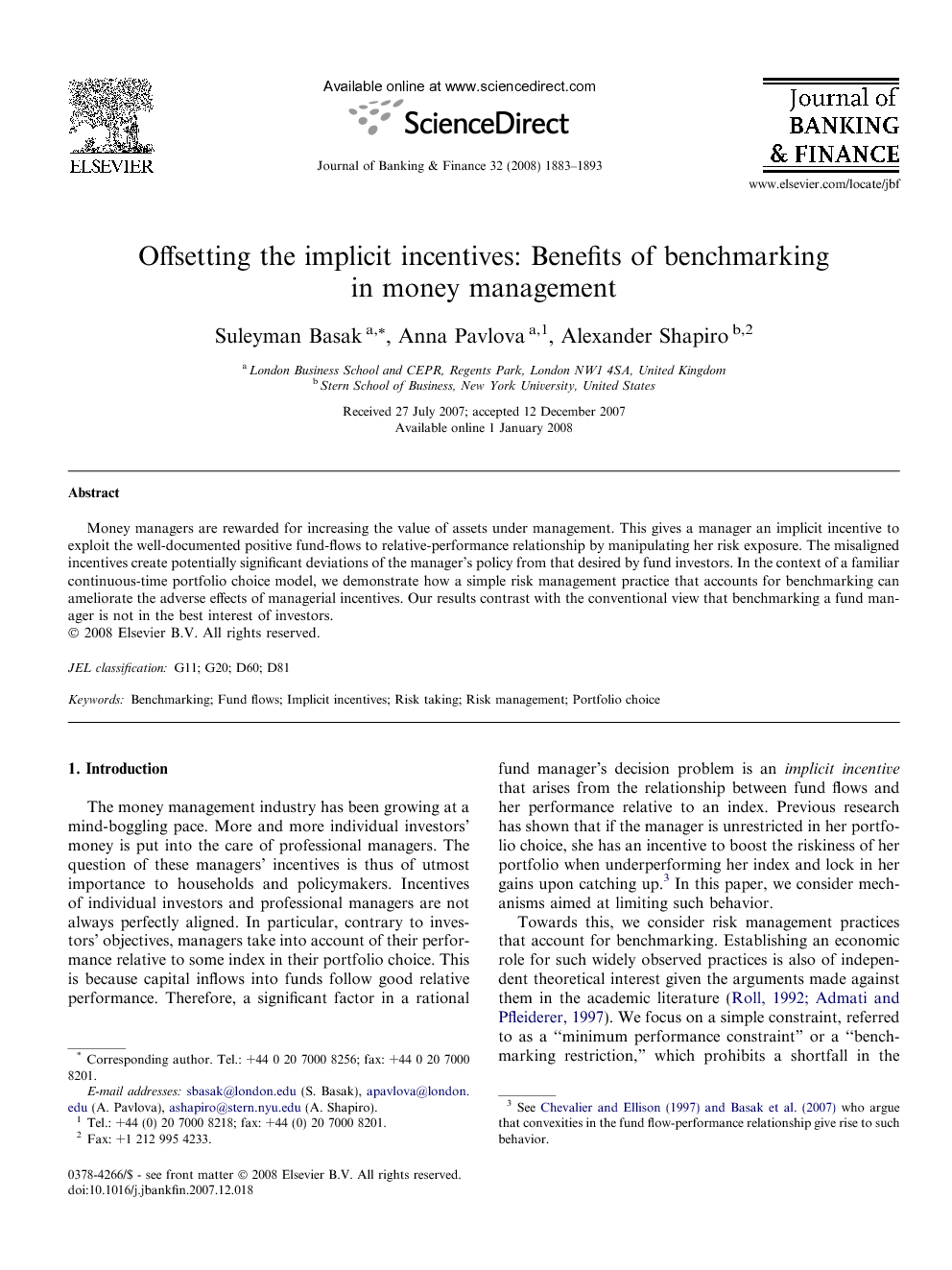 Money managers are rewarded for increasing the value of assets under management. This gives a manager an implicit incentive to exploit the well-documented positive fund-flows to relative-performance relationship by manipulating her risk exposure. The misaligned incentives create potentially significant deviations of the manager’s policy from that desired by fund investors. In the context of a familiar continuous-time portfolio choice model, we demonstrate how a simple risk management practice that accounts for benchmarking can ameliorate the adverse effects of managerial incentives. Our results contrast with the conventional view that benchmarking a fund manager is not in the best interest of investors.

In this paper, we have demonstrated how benchmarking an active money manager to a safer portfolio and imposing limits on her allowed shortfall can be beneficial. This is because the incentives induced by the compensation package may tempt the manager to not act in the best interest of investors and in particular take on excessive risk. The benchmarking restriction we primarily focus on in this paper benefits fund investors. However, as our analysis demonstrates, not all benchmarks necessarily create value for investors – for example, a too-aggressive a benchmark may in fact destroy value. Hence, it is important to take into account of investors’ risk tolerance when selecting benchmarks for money managers. Our study leaves aside many possible constraints that may also be beneficial. We believe that endogenizing investment restrictions in the context of active money management is a fruitful area for future research. It would also be of interest to endogenize within our model the fund-flows to relative-performance relationship that we have taken as given.