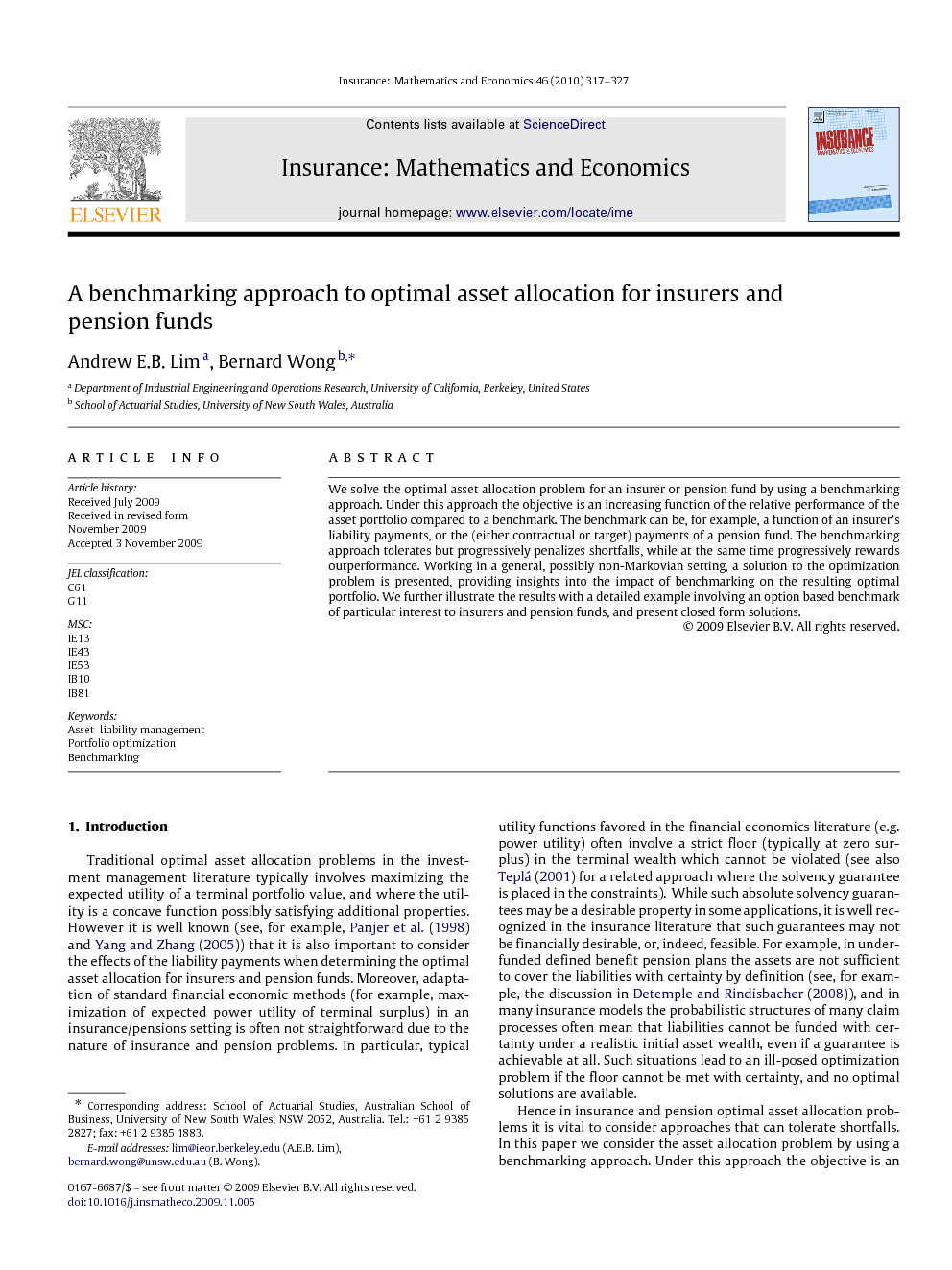 We solve the optimal asset allocation problem for an insurer or pension fund by using a benchmarking approach. Under this approach the objective is an increasing function of the relative performance of the asset portfolio compared to a benchmark. The benchmark can be, for example, a function of an insurer’s liability payments, or the (either contractual or target) payments of a pension fund. The benchmarking approach tolerates but progressively penalizes shortfalls, while at the same time progressively rewards outperformance. Working in a general, possibly non-Markovian setting, a solution to the optimization problem is presented, providing insights into the impact of benchmarking on the resulting optimal portfolio. We further illustrate the results with a detailed example involving an option based benchmark of particular interest to insurers and pension funds, and present closed form solutions.

In this paper we considered the optimal portfolio allocation problem for insurers and pension funds by using a benchmarking approach. Our approach tolerates but progressively penalizes underperformance, and progressively rewards outperformance. A general solution under general market models, benchmarks, and concave benchmarking functions is presented, and insights to the impact of benchmarking to the optimal portfolio are obtained. A detailed example particularly applicable to pension funds and insurers is analyzed, and closed form solutions to the optimal portfolio is derived. Future work include the relaxation of some of the assumptions made in this paper. In particular, it would be of interest to consider models with jumps and other sources of market incompleteness, including portfolio constraints.