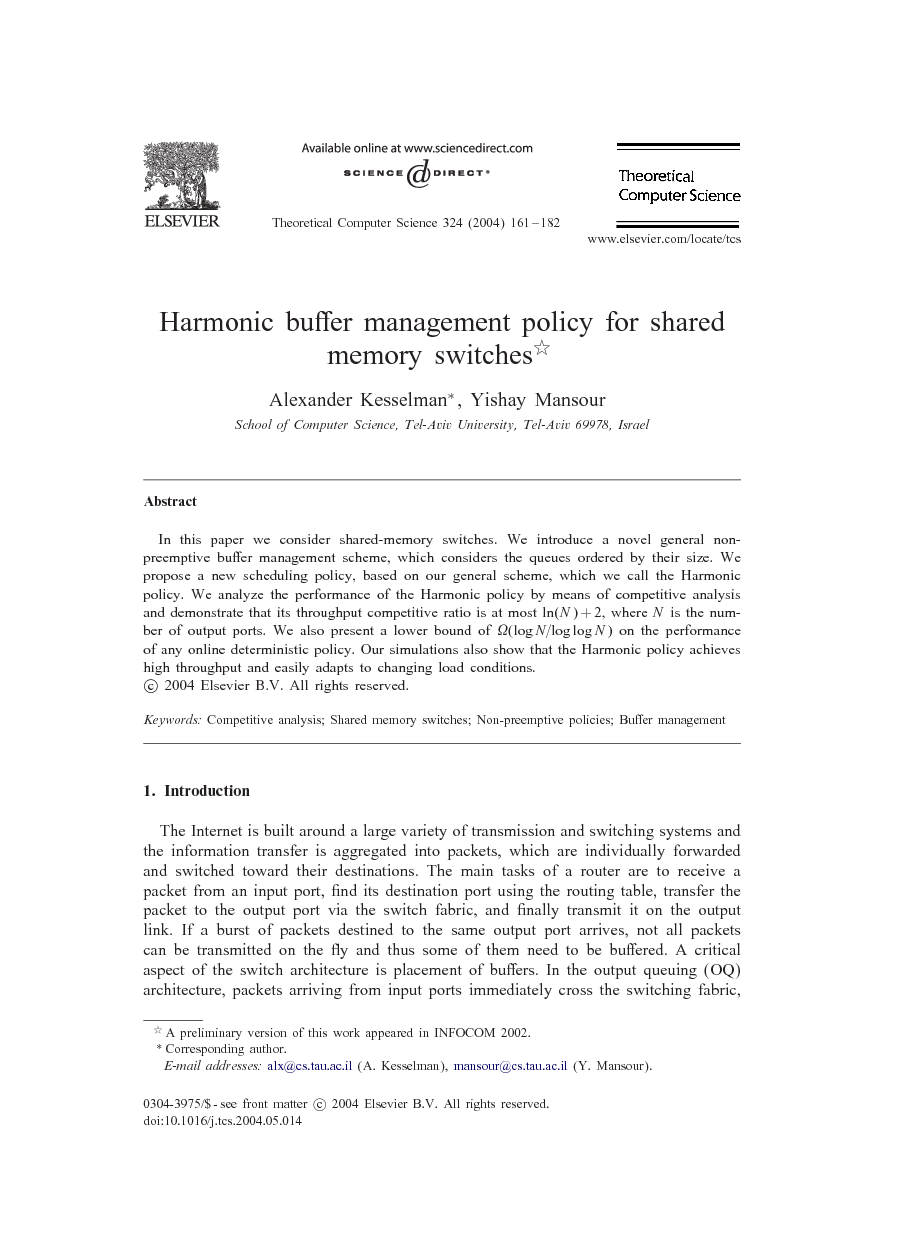 In this paper we consider shared-memory switches. We introduce a novel general non-preemptive buffer management scheme, which considers the queues ordered by their size. We propose a new scheduling policy, based on our general scheme, which we call the Harmonic policy. We analyze the performance of the Harmonic policy by means of competitive analysis and demonstrate that its throughput competitive ratio is at most ln(N)+2, where N is the number of output ports. We also present a lower bound of View the MathML source on the performance of any online deterministic policy. Our simulations also show that the Harmonic policy achieves high throughput and easily adapts to changing load conditions.