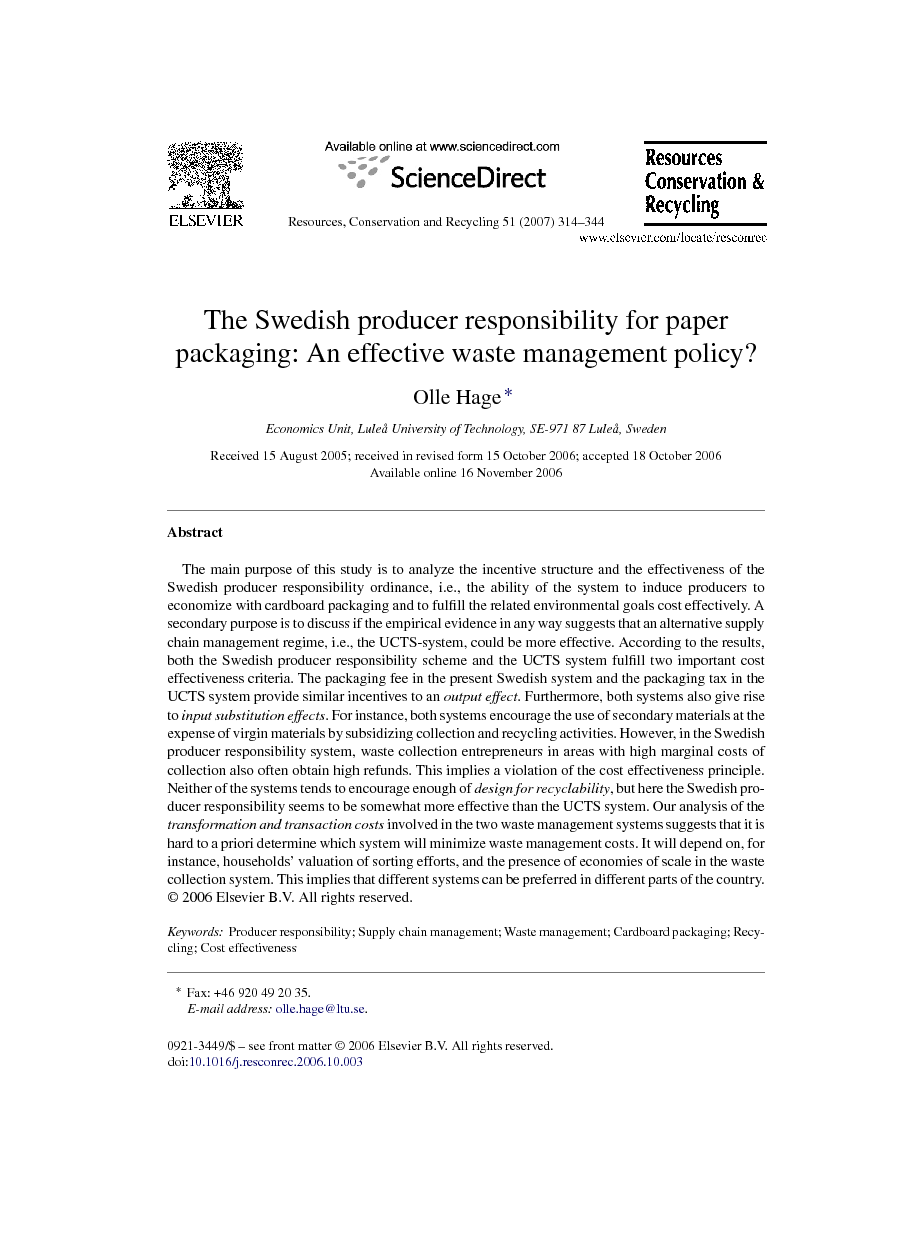 The main purpose of this study is to analyze the incentive structure and the effectiveness of the Swedish producer responsibility ordinance, i.e., the ability of the system to induce producers to economize with cardboard packaging and to fulfill the related environmental goals cost effectively. A secondary purpose is to discuss if the empirical evidence in any way suggests that an alternative supply chain management regime, i.e., the UCTS-system, could be more effective. According to the results, both the Swedish producer responsibility scheme and the UCTS system fulfill two important cost effectiveness criteria. The packaging fee in the present Swedish system and the packaging tax in the UCTS system provide similar incentives to an output effect. Furthermore, both systems also give rise to input substitution effects. For instance, both systems encourage the use of secondary materials at the expense of virgin materials by subsidizing collection and recycling activities. However, in the Swedish producer responsibility system, waste collection entrepreneurs in areas with high marginal costs of collection also often obtain high refunds. This implies a violation of the cost effectiveness principle. Neither of the systems tends to encourage enough of design for recyclability, but here the Swedish producer responsibility seems to be somewhat more effective than the UCTS system. Our analysis of the transformation and transaction costs involved in the two waste management systems suggests that it is hard to a priori determine which system will minimize waste management costs. It will depend on, for instance, households’ valuation of sorting efforts, and the presence of economies of scale in the waste collection system. This implies that different systems can be preferred in different parts of the country.