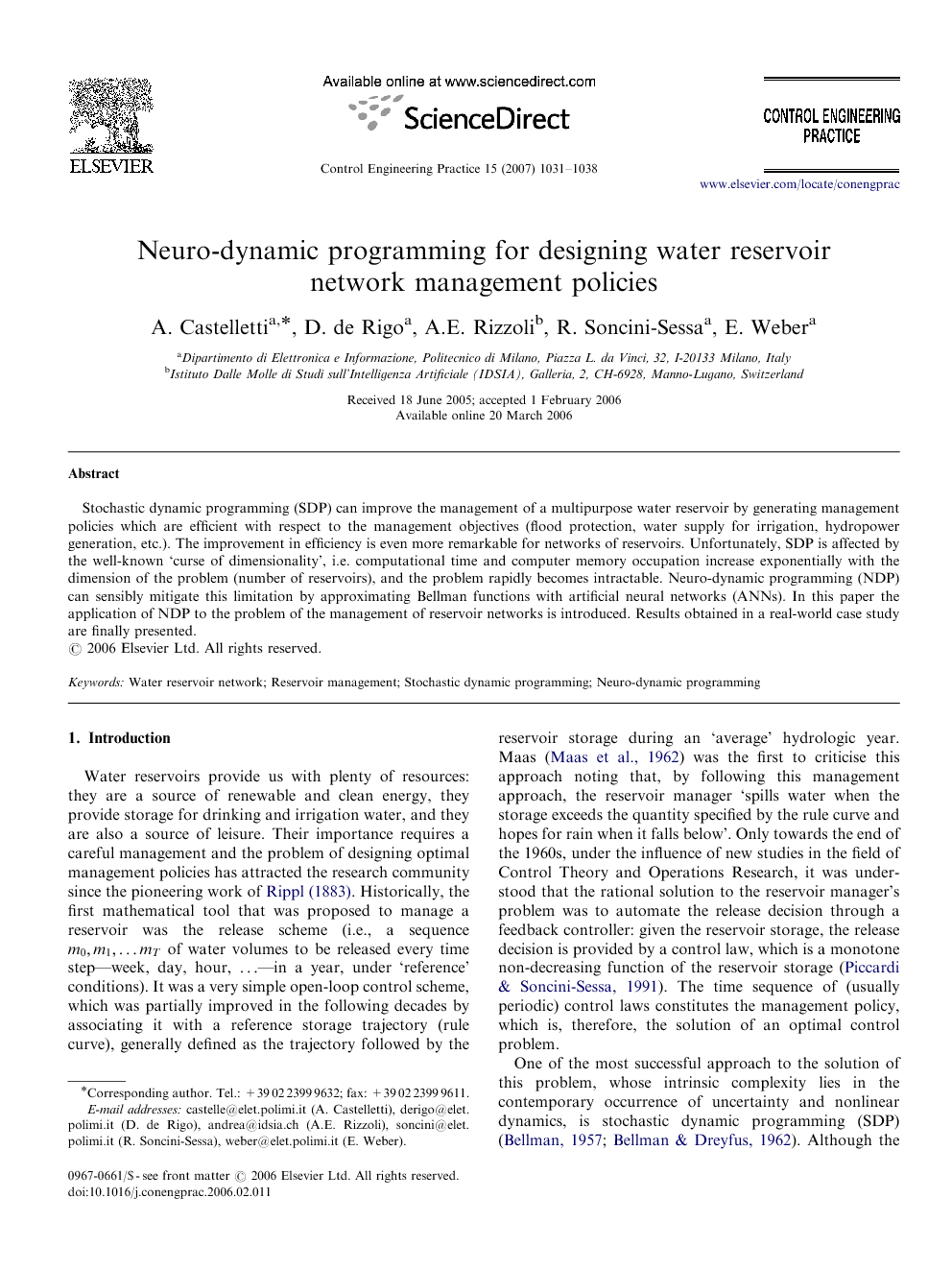 Stochastic dynamic programming (SDP) can improve the management of a multipurpose water reservoir by generating management policies which are efficient with respect to the management objectives (flood protection, water supply for irrigation, hydropower generation, etc.). The improvement in efficiency is even more remarkable for networks of reservoirs. Unfortunately, SDP is affected by the well-known ‘curse of dimensionality’, i.e. computational time and computer memory occupation increase exponentially with the dimension of the problem (number of reservoirs), and the problem rapidly becomes intractable. Neuro-dynamic programming (NDP) can sensibly mitigate this limitation by approximating Bellman functions with artificial neural networks (ANNs). In this paper the application of NDP to the problem of the management of reservoir networks is introduced. Results obtained in a real-world case study are finally presented.

An approach to the multipurpose water reservoir network management based on neuro-dynamic programming has been presented. Neuro-dynamic programming considerably reduces the computation time with respect to stochastic dynamic programming when the state space, used as training pattern, is sampled with a coarser grid, while the ANN, which approximates the Bellman function, still manages to maintain a good approximation performance. NDP also allows to reduce the amount of memory needed to store the Bellman functions during the solution of the optimal control problem. The results obtained both on test case studies and on a real-world case application are promising, but there is space for more research, especially on the efficient sampling of the discretised state space, trying to obtain the most efficient approximation of the Bellman function, and on the reduction of time required for the training of the ANN.