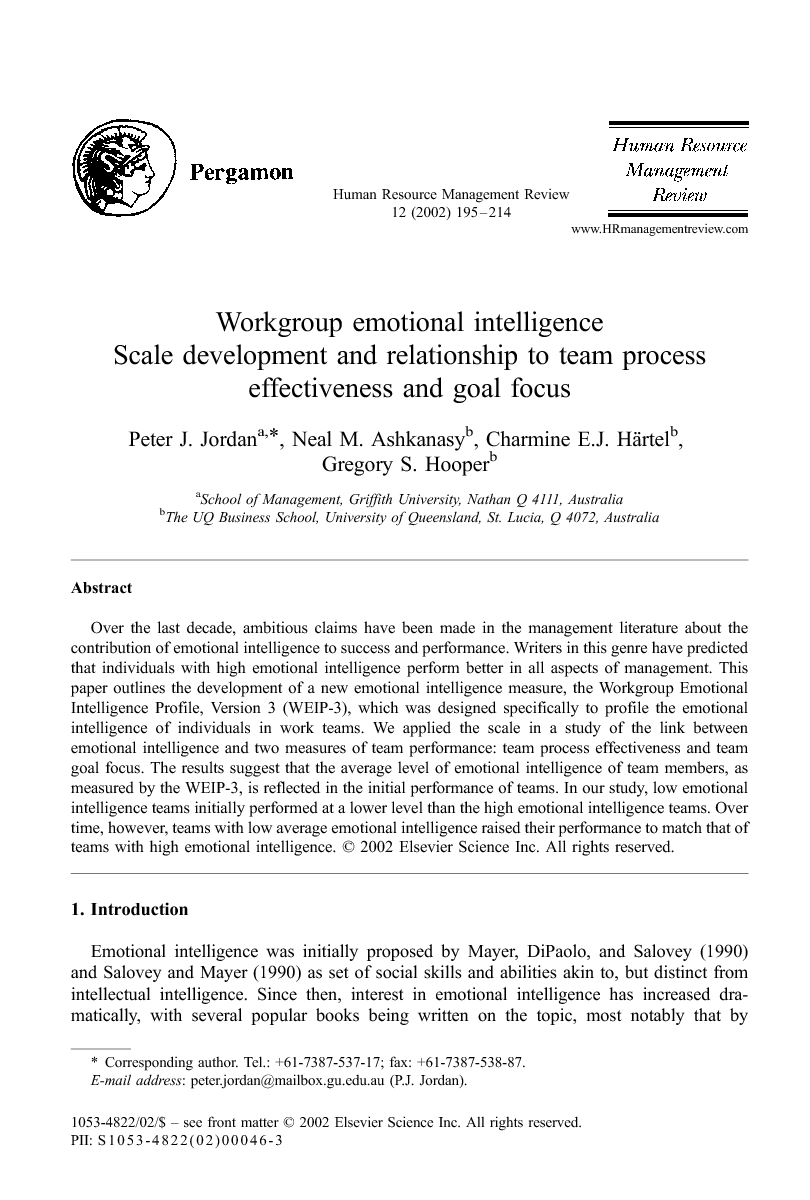 An exploratory factor analysis was performed to investigate the underlying structure of the WEIP-3. Preliminary analysis of the item correlation matrix revealed a number of correlations above .40, suggesting that the data were appropriate for factor analysis (Tabachnick & Fidell, 1996). The Kaiser–Meyer–Olkin measure of sampling adequacy was .82 while Bartells' test of sphericity was 5440 (df=1326, P<.01), which further confirmed the appropriateness of the data for factor analysis. Principal axis factor analysis with varimax rotation (loadings >.4) of the 52 items in the WEIP-3 was employed. Factors were chosen on the basis of eigenvalues greater than unity and interpretability in the context of the Mayer and Salovey (1997) construct for emotional intelligence. This resulted in the adoption of a seven-factor solution. Items that did not load on factors or cross-loaded were deleted from the factor solution, leaving 27 items in the final factor structure. The seven factors were labeled: (a) awareness of own emotions, (b) ability to discuss own emotions, (c) use of own emotions to facilitate thinking, (d) ability to recognise others' emotions, (e) ability to detect false displays of emotion in others, (f) empathetic concern, and (g) ability to manage others' emotions. These factors, however, were grouped into two broader scales: (1) Ability to Deal With Own Emotions (Factors a–c) and (2) Ability to Deal With Others' Emotions (Factors d–g). These are referred to in the remainder of this paper as the two WEIP-3 scales. The seven factors that emerged from the original analysis are referred to as the WEIP-3 subscales (see Fig. 1). Descriptive statistics for the scales and subscales are given in Table 1. (Further analyses presented in this paper are based on the WEIP-3 scales only, although analysis based on the subscales produced similar results. Results of the detailed analysis of subscales are available on request from the first author.)