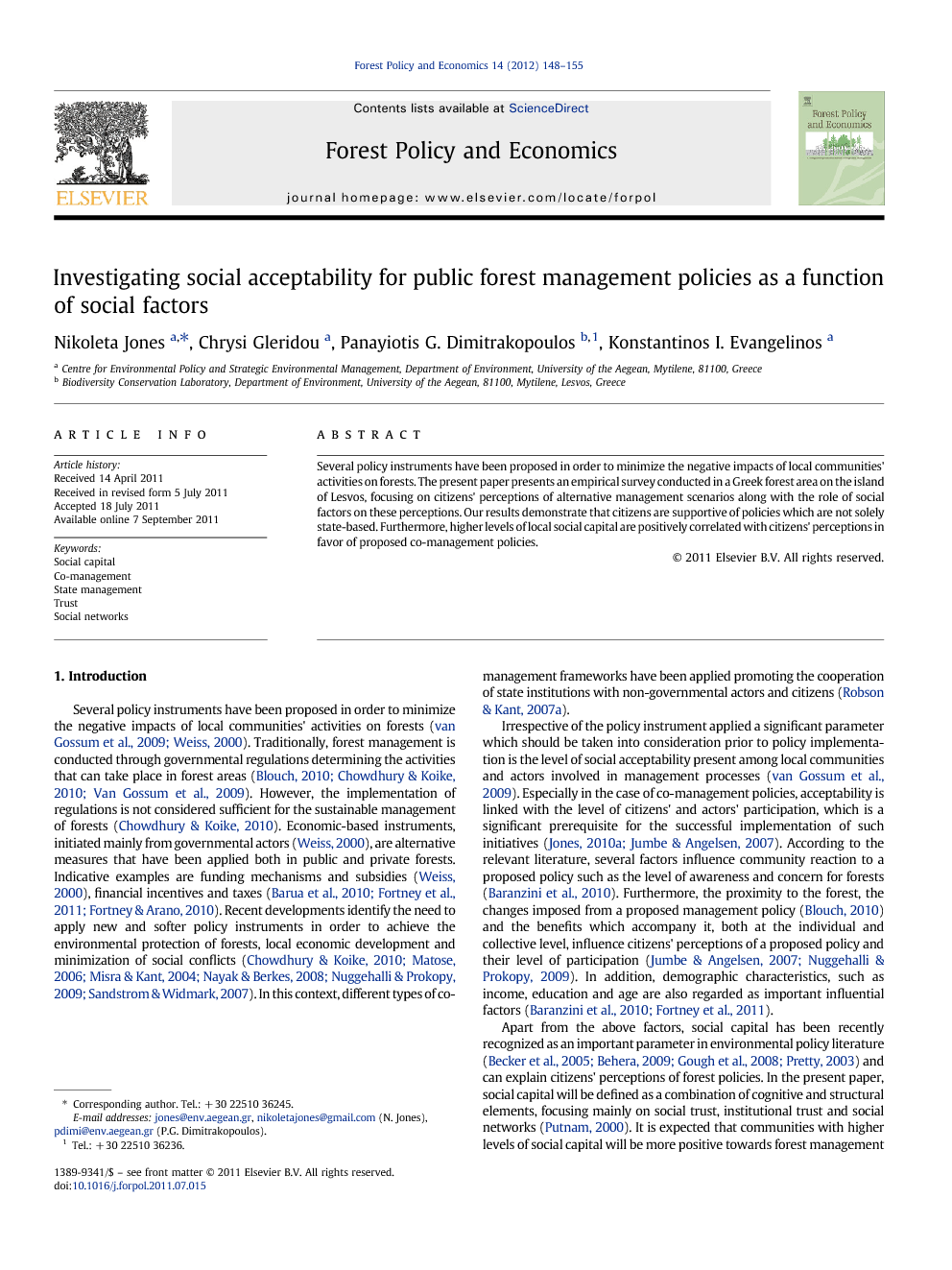 Several policy instruments have been proposed in order to minimize the negative impacts of local communities' activities on forests. The present paper presents an empirical survey conducted in a Greek forest area on the island of Lesvos, focusing on citizens' perceptions of alternative management scenarios along with the role of social factors on these perceptions. Our results demonstrate that citizens are supportive of policies which are not solely state-based. Furthermore, higher levels of local social capital are positively correlated with citizens' perceptions in favor of proposed co-management policies.

The level of citizens' participation in forest management schemes in Greece remains significantly low. Currently, there are no policy initiatives allowing or promoting the participation of citizens in decision-making processes. The present study highlights the fact that citizens are supportive of policies which are not solely state-based. Specifically, in the community of Agiasos, citizens are willing to collaborate with local institutions in order to achieve the sustainable management of the forest surrounding their community. Furthermore, according to the results of the study, the level of social capital in the area is relatively high and is positively connected with citizens' perceptions towards proposed co-management policies. Specifically, high levels of social trust among the locals indicate the tendency of citizens to trust each other regarding the use of common-pool resources. Similarly, the high level of trust in local institutions reveals a more positive attitude concerning their effectiveness when managing natural resources and the possibility of developing strong collaborations with them. These findings underline the fact that local community perceptions and the level of local social capital should be taken into consideration during decision-making processes. However, in order to design effective forest management frameworks further research should be conducted focusing on the perceptions of all stakeholders including state and local authorities involved in policy-making procedures and all forest users.