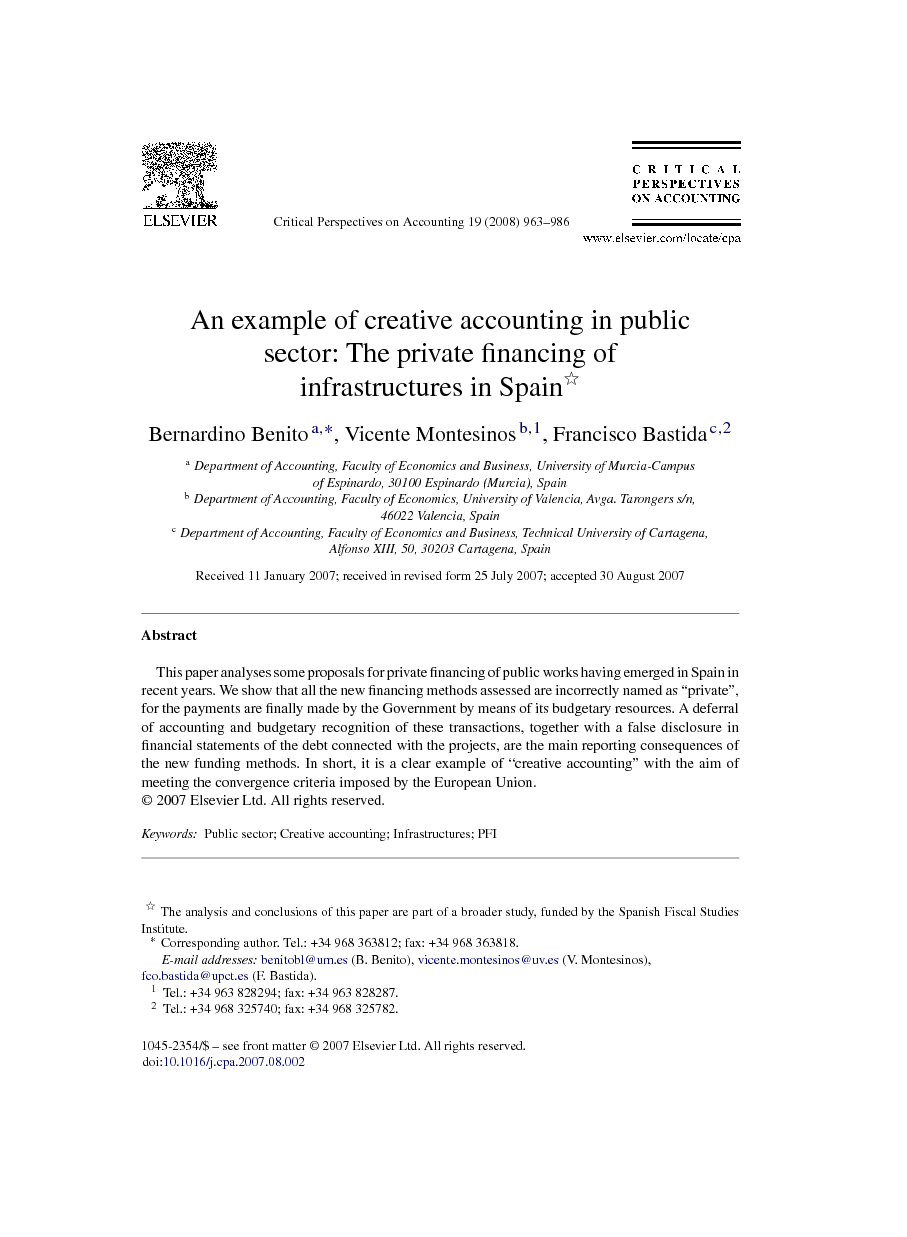 Creativity is essential for research and development efforts. Unfortunately, little is known about how the role of team leaders determines the team’s creativity. Based on a sample of 39 engineering design teams in the space industry, this study examines the effects of leader position within different flows of communication on team creativity. The results indicate that the balance between holding a central or a peripheral position indeed determines the creativity of such teams. Specifically, very central and very peripheral positions of team leaders within the work-flow and awareness network hamper team creativity, whereas peripheral situated team leaders within the information network propel the creativity. In addition, team leaders stimulate creativity when they stay central in the external information network. In managerial terms, the analyses implicate that stimulating engineering design team creativity requires team leaders to smartly limit their involvement in communication and mainly act as gatekeepers to external sources of information.

As firms struggle to establish or maintain prosperity in turbulent and competitive environments, creativity becomes increasingly important (DeVanna and Tichy, 1990). Researchers widely agree that creativity is essential for the long-term survival of organizations, since it is the foundation of organizations’ innovative potential (Badawy, 1993, Glynn, 1996, Oldham and Cummings, 1996, Scott and Bruce, 1994, Shalley, 1995 and Unsworth, 2001). Indeed, there are very few business functions for which a fair level of creativity is not important. A marketing department is highly dependent on creative thought to generate ways to catch and hold the attention of (potential) customers. In product development, much creativity is required in finding novel answers to customers’ wants and needs and in discovering technical solutions to bring them into being. Similarly, manufacturing demands creative approaches in devising (more) efficient ways of manufacturing. Distinctive about post-industrial society is the emergence of categories of work in which creativity and intellectual skills are distinguishing features. Creativity is now often at the basis of a company’s competitive position since it is the design, development, marketing, and selling of products and services rather than their manufacture which are at the core of the business (Davis and Scase, 2000). Accordingly, increasing attention has been paid to understanding creativity, especially in the last decade (Cummings and Oldham, 1997, Ford, 1996, Kratzer et al., 2004, Leenders et al., 2003 and Woodman et al., 1993). Like other crucial organizational outcomes, the creativity of engineering design teams stems not only from overall firm strategy and access to resources but, more fundamentally, from the minds of the individual employees who, with others, carry out the work of the organization on a daily basis (Amabile et al., 2004). The extent to which they will produce creative – novel and useful – ideas during their everyday work depends not only on their individual characteristics, but also on the work environment around them (Amabile et al., 2004, Perry-Smith and Shalley, 2003 and Reiter-Palmon and Illies, 2004). In the contemporary knowledge-work-intensive environments that engineering design teams face, most projects are performed by teams of professionals striving to be creative in developing new products, new services or new processes (Griffin, 1997 and Van Engelen et al., 2001). Of all of the forces that impinge on people’s daily experience of the work environment in teams, one of the most immediate and potent is likely to be the social process in which the team members are embedded (Leenders et al., 2003 and Perry-Smith and Shalley, 2003). In all three prominent creativity models (Amabile, 1988, Ford, 1996 and Woodman et al., 1993), the social processes are important antecedents to creativity. This more social view of creativity is supported by a limited but growing collection of empirical evidence. Since the core product of creativity is new knowledge and new knowledge can only be created when existing bases of knowledge are disseminated through interaction between specialists with varying areas of expertise, creativity is couched in communication networks. The association between knowledge transfer and communication networks is widely confirmed in the scientific literature (Hansen, 1999, Ingram and Roberts, 2000, Patrashkova and McComb, 2004, Reagans and Zuckerman, 2001, Uzzi, 1996 and Tsai, 2001). Communication is the means through which a team stores and disseminates information and more frequent communication may make the cross-fertilization of ideas increasingly likely (Mumford and Gustafson, 1988), but on the other hand when communicating too much the cognitive maps of the team members become too similar, and the group is assumed to be incapable of creative outputs (Patrashkova and McComb, 2004). The creativity of engineering design teams is, therefore, largely shaped by the communication coordinated among the members of the team (Leenders et al., 2003). Leadership of these teams, or those “local leaders” who coordinate the member’s access to knowledge and information, balance these communication networks (Amabile et al., 2004). Surprisingly, the balancing role of leadership has not generally been treated as a particularly important influence on creativity (Mumford et al., 2002), despite the likely impact of leadership on the work environment (Shalley and Gilson, 2004) and the demonstrated impact of the work environment on creativity (Amabile, 1996; Leenders et al., 2003 and Mumford et al., 2002). Moreover, with the emergence of more matrix-like organizations the lightweight team leader role has continuously been redefined toward one of more importance (Norrgren and Schaller, 1999). In particular, engineering design teams are increasingly autonomous units in which leadership is a decisive factor (e.g., Aronson et al., 2006). In this study we will focus on the position of team leaders within different team-internal communication networks and their external communication, as well as on the creativity of engineering design teams. Our main goal is to create applicable knowledge about how the leader position in different internal communication networks and in their external communication affects the creativity of engineering design teams. In order to explore this issue we have gathered data on 39 engineering design teams engaged in the space industry around the globe. In the first part of the paper we will review the existing literature on leadership and creativity and clarify our concepts of leader position and communication networks. In this part we will introduce the balance between a peripheral and central position for team leaders as the most important positional characteristic, and then distinguish three team-internal communication networks, the workflow network, the problem-solving network, and the awareness network. In addition, we will introduce the boundary-spanning capacity of the team leaders, defined as their engagement in external communication. Thereafter, we will formulate hypotheses about the relationship between the leader’s position in different team-internal communication networks, their boundary-spanning capacity and engineering design team creativity. In the second part of the paper we will describe our empirical study and present the results. Finally, we will discuss the results, draw academic and practical conclusions, and build applicable knowledge on how to lead engineering design teams toward creativity based upon these conclusions. The central implication of our findings is that, in order to navigate engineering design teams toward creativity, leaders have to smartly limit their communicational involvement within internal communication networks and concentrate on the role of gatekeepers linking the external and internal communication networks.

The postulate that not only personal characteristics, but also environmental factors would impact on the creativity of teams has been confirmed, and so this is one empirical finding made richer by this study. It can be concluded that different network positions in different networks of team leaders affect the creativity of engineering design teams. The results show positive, inversely U-shaped and negative relationships. In this analyses it has turned out that degree centrality is a powerful measure when studying leadership. In addition, the three communication networks studied are distinguishable by the flows of information and knowledge in their engineering design teams. These findings allow for two additional conclusions to be drawn. First, the analysis of social networks is a powerful tool in explaining environmental effects on creativity. Second, there are different flows of information and knowledge in engineering design teams, and each flow has its own characteristic and effect on creativity. In addition, the choice made to investigate the three distinctive networks increases the validity of the results found. In managerial terms one implicit conclusion may be drawn. The study indicates that it is not the leaders strongly involved in internal networks that stimulate teams towards creativity, but rather the leaders who are able to gather the necessary information and knowledge outside the team and to distribute this intelligently within the team. The choice to promote team members to team leaders, therefore, should be based on managerial capabilities rather than on professional expertise. Since our study has its limitations, research in investigating the relationship between leadership and creativity should continue, using the explanatory power of social networks, distinguishing among different flows of information and knowledge, and testing also different measures of creativity based on more objective ratings. Moreover, creativity is not required in all situations. There are engineering design teams who face more routine tasks. In the literature it is well documented that different structural configurations may serve different goals. Since we are especially interested in the structural position of leadership and creativity, the results cannot readily be translated into situations in which teams face more routine tasks where aspects of performance other than creativity are more in demand, such as, for example, effectiveness, reliability, or productivity. Research, therefore, should also investigate the structural position of leadership and other aspects of performance. Moreover, future research should concentrate on larger datasets that allow for the inclusion of more variables in the analyses, such as different branches in which engineering design teams are engaged, company sizes, etc. We went in this direction in part when we included another large instrument consortium in our research. A second suggestion for future research would be to study data in a longitudinal setting. Social networks are dynamic systems that may change over time, in particular when a social network has just been established. Moreover, the very process of research and development itself refers to a changing structure of tasks and responsibilities over time. The networks in the study we have presented had a tenure of six to seven years, so that one should be able to expect them to be stable. Still, a more longitudinal setting would permit investigation of how engineering design teams are established and how the dynamic path works through the innovation cycle, and so subsequently causal conclusions would be drawn in a much stronger way.