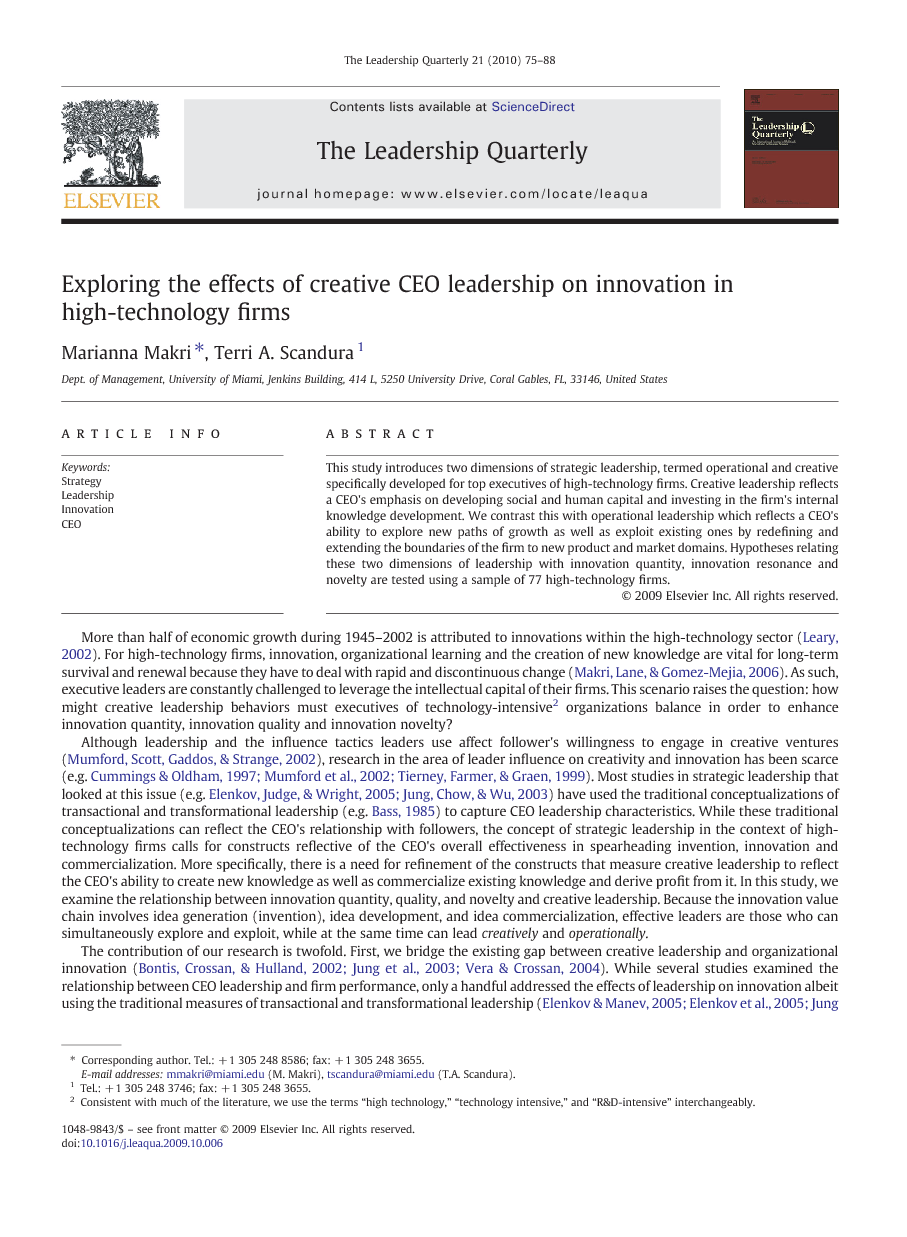 This study introduces two dimensions of strategic leadership, termed operational and creative specifically developed for top executives of high-technology firms. Creative leadership reflects a CEO's emphasis on developing social and human capital and investing in the firm's internal knowledge development. We contrast this with operational leadership which reflects a CEO's ability to explore new paths of growth as well as exploit existing ones by redefining and extending the boundaries of the firm to new product and market domains. Hypotheses relating these two dimensions of leadership with innovation quantity, innovation resonance and novelty are tested using a sample of 77 high-technology firms.

The key to the future competitiveness of high-technology firms is the ability to innovate. Yet, we have only begun to understand the mechanisms though which firms create knowledge which results in innovation. Leadership at the top appears to be an important antecedent of a firm's ability to innovate because the CEO has an important impact on the development of the organizational vision and the strategies to attain that vision. This research supports the role of the CEO in leading streams of innovation in high-technology firms. Future research should continue to examine the role of CEO leadership in creating an ambidextrous organization, one that is simultaneously able to explore and exploit.