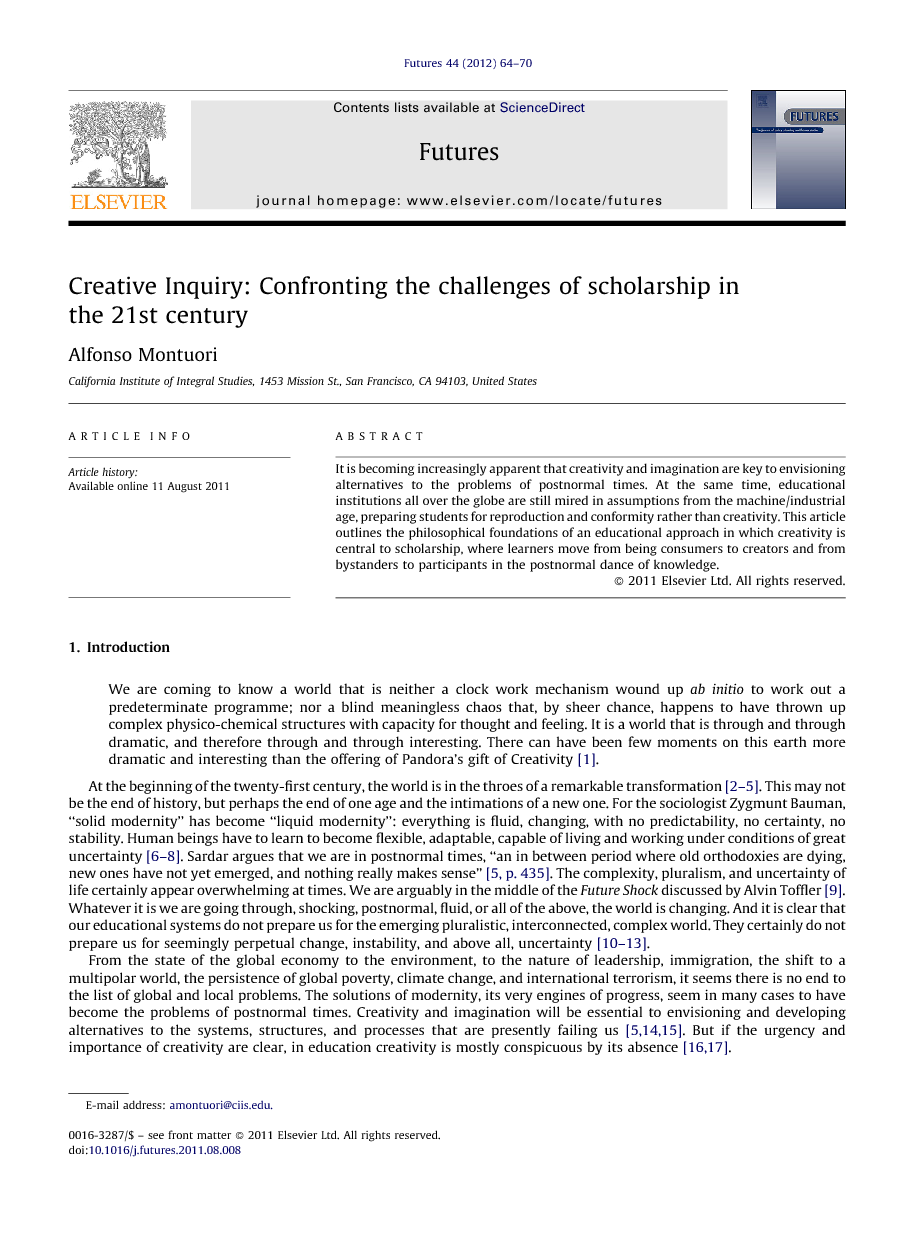 It is becoming increasingly apparent that creativity and imagination are key to envisioning alternatives to the problems of postnormal times. At the same time, educational institutions all over the globe are still mired in assumptions from the machine/industrial age, preparing students for reproduction and conformity rather than creativity. This article outlines the philosophical foundations of an educational approach in which creativity is central to scholarship, where learners move from being consumers to creators and from bystanders to participants in the postnormal dance of knowledge.

I have outlined some of the central premises of an approach to scholarship for postnormal times that takes seriously the challenge of creativity by making creativity the central organizing principle of scholarship. Basing education on creativity rather than exclusively on the reproduction of existing knowledge is a complex process that is still in its infancy. Creative Inquiry will itself require creativity and extensive inquiry to emerge as a possible alternative for the deeply problematic industrial/machine paradigm. In this paper I hope to have outlined some of the key issues, and the potential conceptual and practical problems and potentials in this process. The exploration and application of Creative Inquiry in education is an invitation to creatively participate in our common destiny, and in our community of destiny [4]. It is an invitation to learn, to embrace the complexity, difference, pluralism, uncertainty, and to approach life itself with an attitude of inquiry, rather than conform to pre-existing frameworks or recede into self-absorption. Creative Inquiry invites us to explore who we are in community, where our beliefs originate, how we engage the process of knowing and of inquiry, and how we may collaboratively envision and create better futures for ourselves and those who are to come after us.