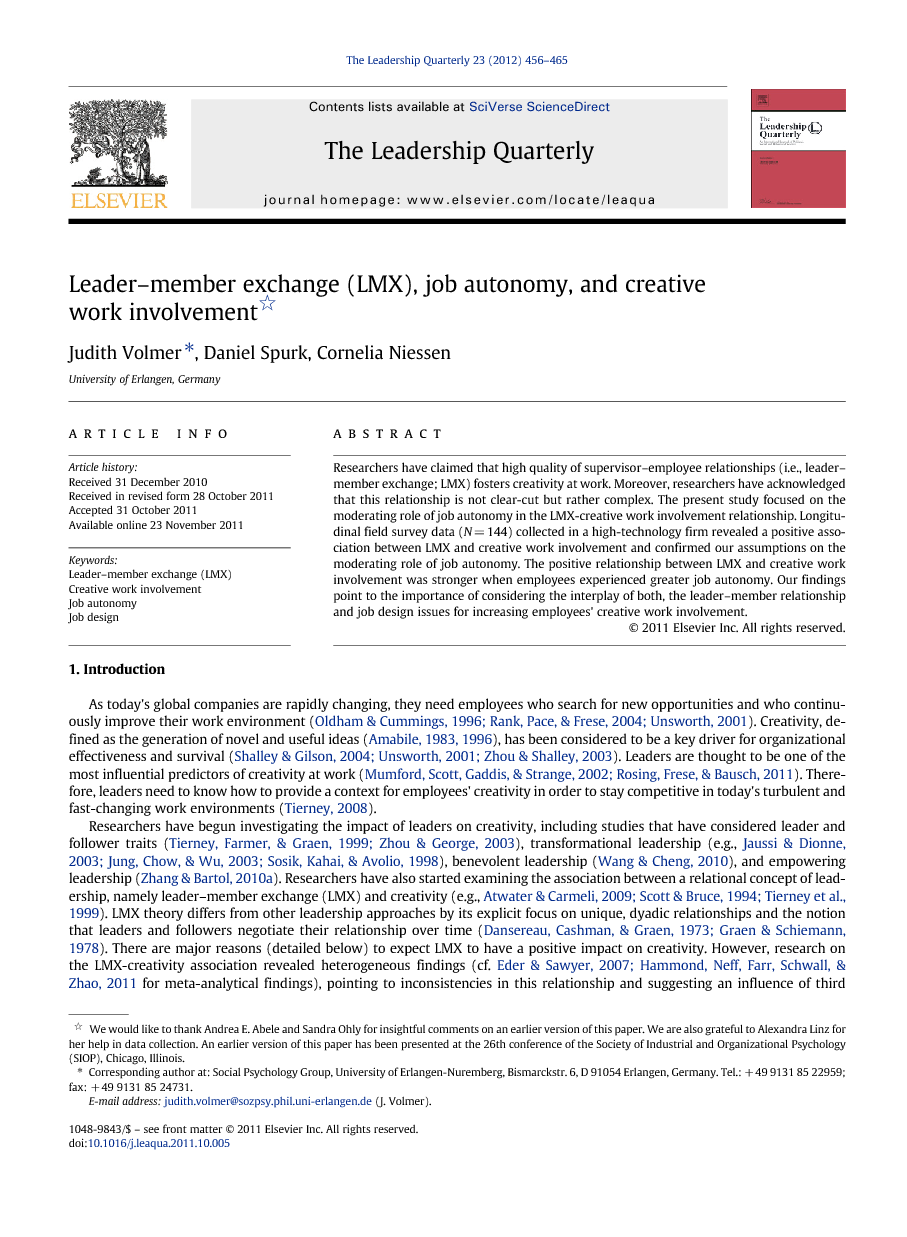 Due to today's fast-changing and turbulent work environments, it becomes more and more important for organizational effectiveness to have employees who search for new opportunities and who try out unconventional ideas at work. Business leaders are considered to be one of the most influential factors of creative work involvement. Our study suggests that organizations should adopt an interactional approach by taking both leadership issues and work design issues into account in order to foster employees' creative work involvement. These findings highlight the fact that researchers and practitioners need to combine different research streams in an attempt to better understand what is needed for employees to undertake risky actions at work