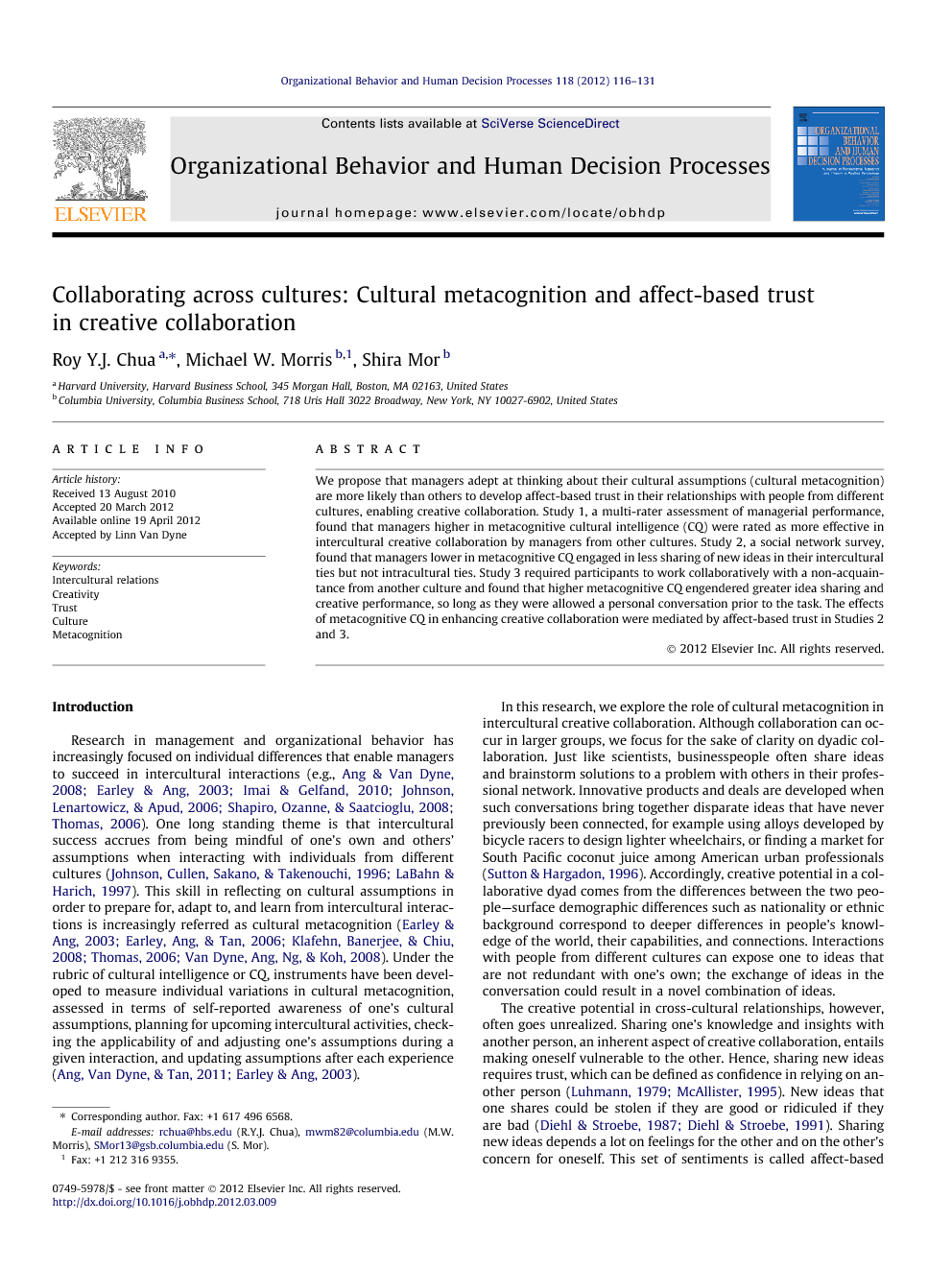 We propose that managers adept at thinking about their cultural assumptions (cultural metacognition) are more likely than others to develop affect-based trust in their relationships with people from different cultures, enabling creative collaboration. Study 1, a multi-rater assessment of managerial performance, found that managers higher in metacognitive cultural intelligence (CQ) were rated as more effective in intercultural creative collaboration by managers from other cultures. Study 2, a social network survey, found that managers lower in metacognitive CQ engaged in less sharing of new ideas in their intercultural ties but not intracultural ties. Study 3 required participants to work collaboratively with a non-acquaintance from another culture and found that higher metacognitive CQ engendered greater idea sharing and creative performance, so long as they were allowed a personal conversation prior to the task. The effects of metacognitive CQ in enhancing creative collaboration were mediated by affect-based trust in Studies 2 and 3.

The current research has clear theoretical and practical implications for understanding and promoting creativity, innovation, and problem solving in multicultural global contexts. Managers hoping for creative collaborations with people of different cultures should be advised to cultivate cultural metacognition. Cultural metacognition helps individuals to navigate intercultural interactions and thereby fosters affect-based trust and ultimately creative collaboration. To date, there has been little research that directly examines how creative work between people of different cultures can be enhanced. We believe our research serves as an important step toward stimulating investigations in this area.