عنوان انگلیسی
The structure of inter-industry systems and the diffusion of innovations: The case of Spain
دانلود فوری مقاله + سفارش ترجمه 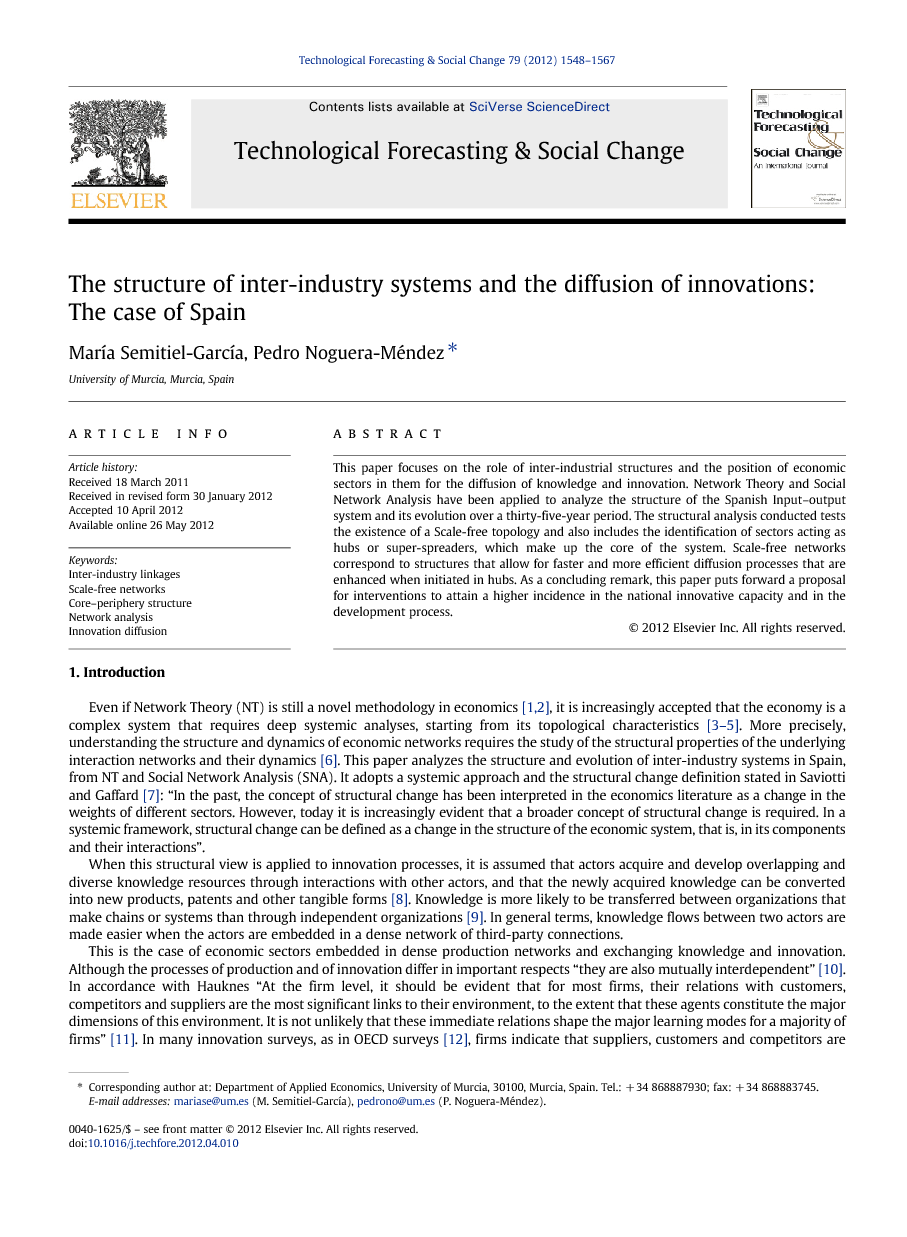 This paper focuses on the role of inter-industrial structures and the position of economic sectors in them for the diffusion of knowledge and innovation. Network Theory and Social Network Analysis have been applied to analyze the structure of the Spanish Input–output system and its evolution over a thirty-five-year period. The structural analysis conducted tests the existence of a Scale-free topology and also includes the identification of sectors acting as hubs or super-spreaders, which make up the core of the system. Scale-free networks correspond to structures that allow for faster and more efficient diffusion processes that are enhanced when initiated in hubs. As a concluding remark, this paper puts forward a proposal for interventions to attain a higher incidence in the national innovative capacity and in the development process.