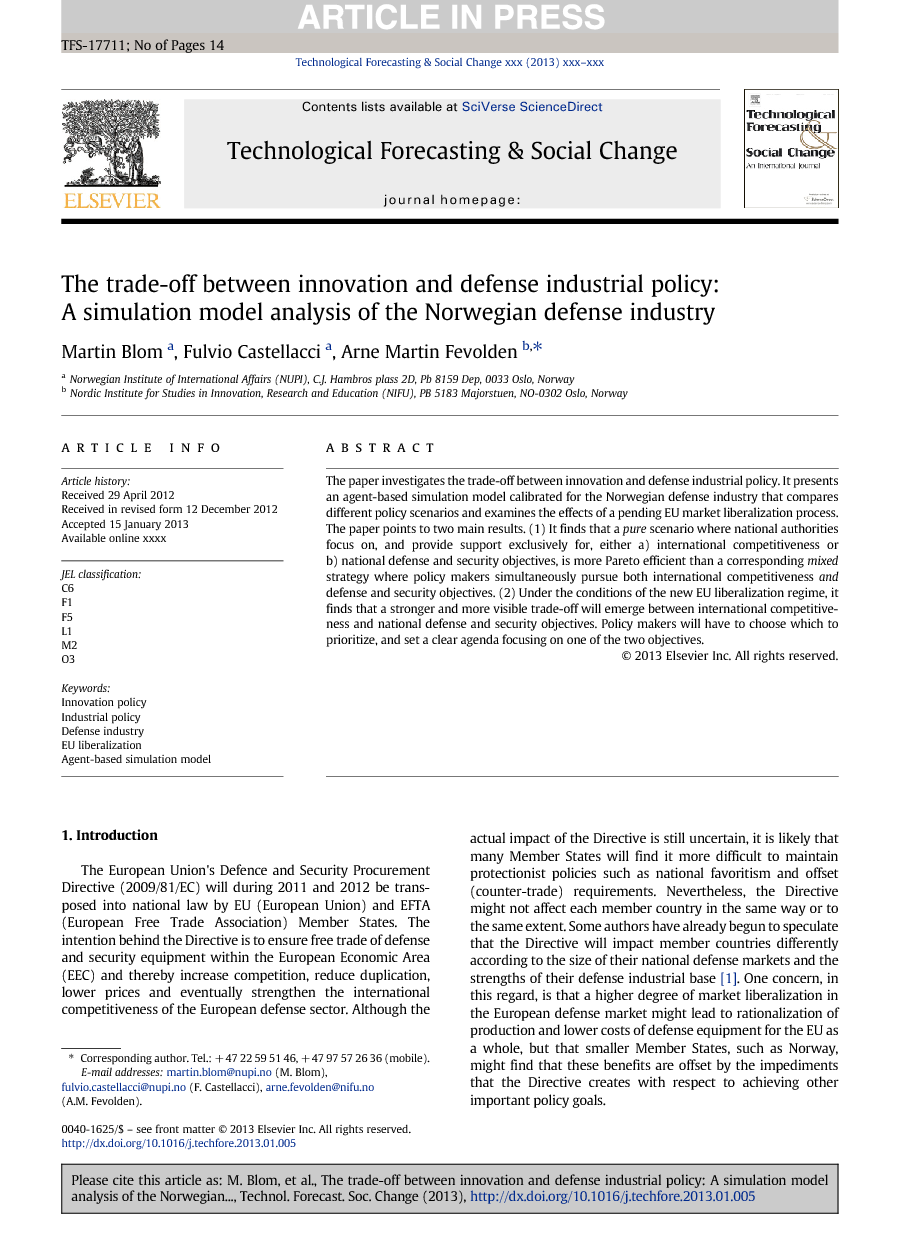 The paper investigates the trade-off between innovation and defense industrial policy. It presents an agent-based simulation model calibrated for the Norwegian defense industry that compares different policy scenarios and examines the effects of a pending EU market liberalization process. The paper points to two main results. (1) It finds that a pure scenario where national authorities focus on, and provide support exclusively for, either a) international competitiveness or b) national defense and security objectives, is more Pareto efficient than a corresponding mixed strategy where policy makers simultaneously pursue both international competitiveness and defense and security objectives. (2) Under the conditions of the new EU liberalization regime, it finds that a stronger and more visible trade-off will emerge between international competitiveness and national defense and security objectives. Policy makers will have to choose which to prioritize, and set a clear agenda focusing on one of the two objectives.