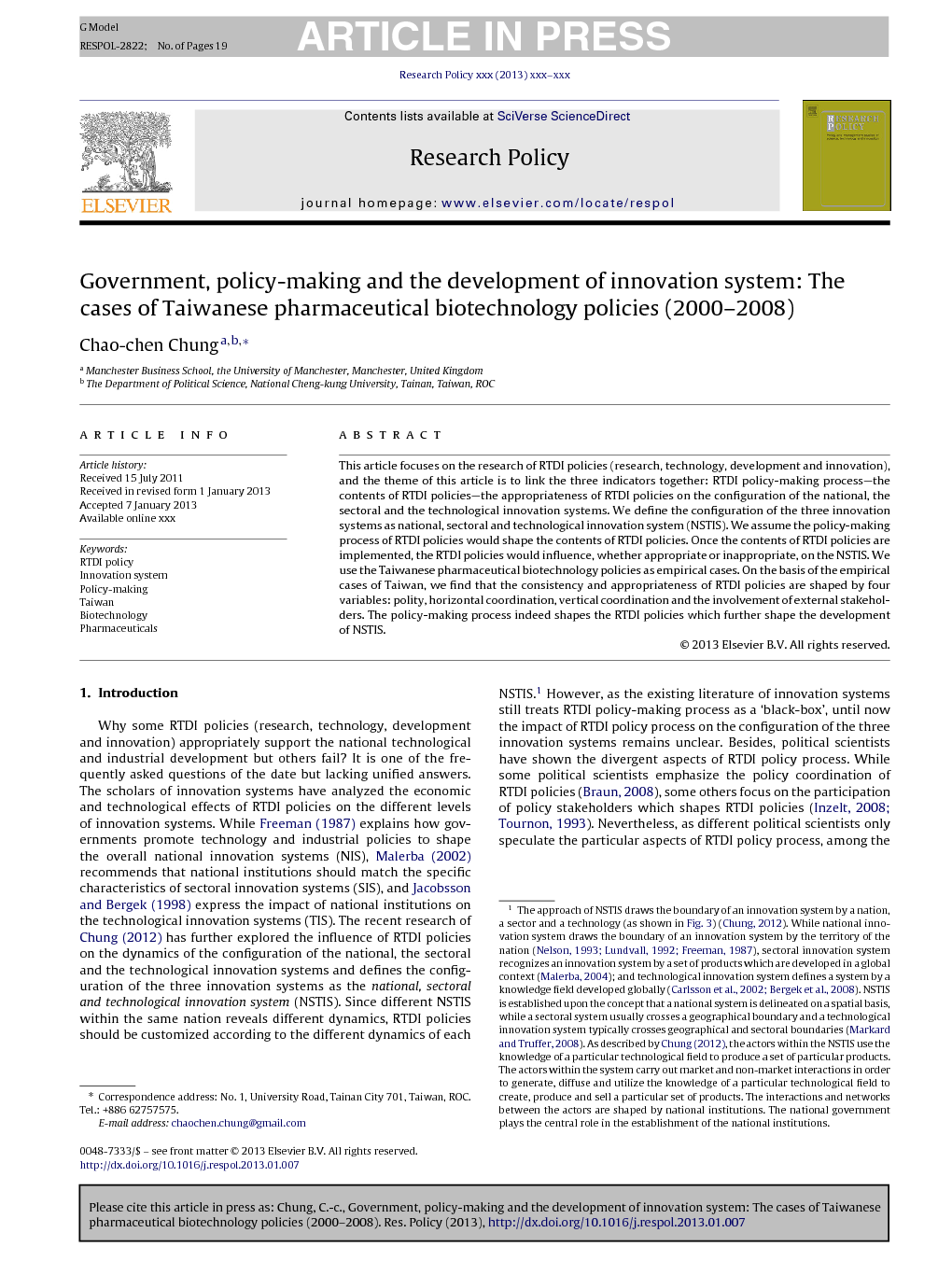 This article makes one of the first attempts to open the black-box of RTDI policy-making process. We judge the roles of the government and the RTDI policies from the perspective of NSTIS and provide the analytical framework which shows the process to make consistent and appropriate RTDI policies to foster the development of the innovation system. The government should thoroughly understand the uniqueness and dynamics of particular NSTIS before making policies. RTDI policies copied from foreign countries or another national sector and technology are very difficult to be effective and generate appropriate supports. However, we also acknowledge two limitations which need to be addressed by future research. First, we only apply the analytical framework for the analysis of the Taiwanese pharmaceutical biotechnology, and we adopt the qualitative method. We actually need more international comparative studies with broader methodologies to further explore the analytical framework and analyze how RTDI policies are shaped by different polity and actors’ interactions. Second, we are only able to analyze the influence of RTDI policy-making process on the appropriateness of RTDI policies. Yet, we are unable to at this moment analyze how the policy-making process of the two policies influences their effects and effectiveness in the long-term. The influence of policy-making process in the long-term needs the research in the future to explore it.