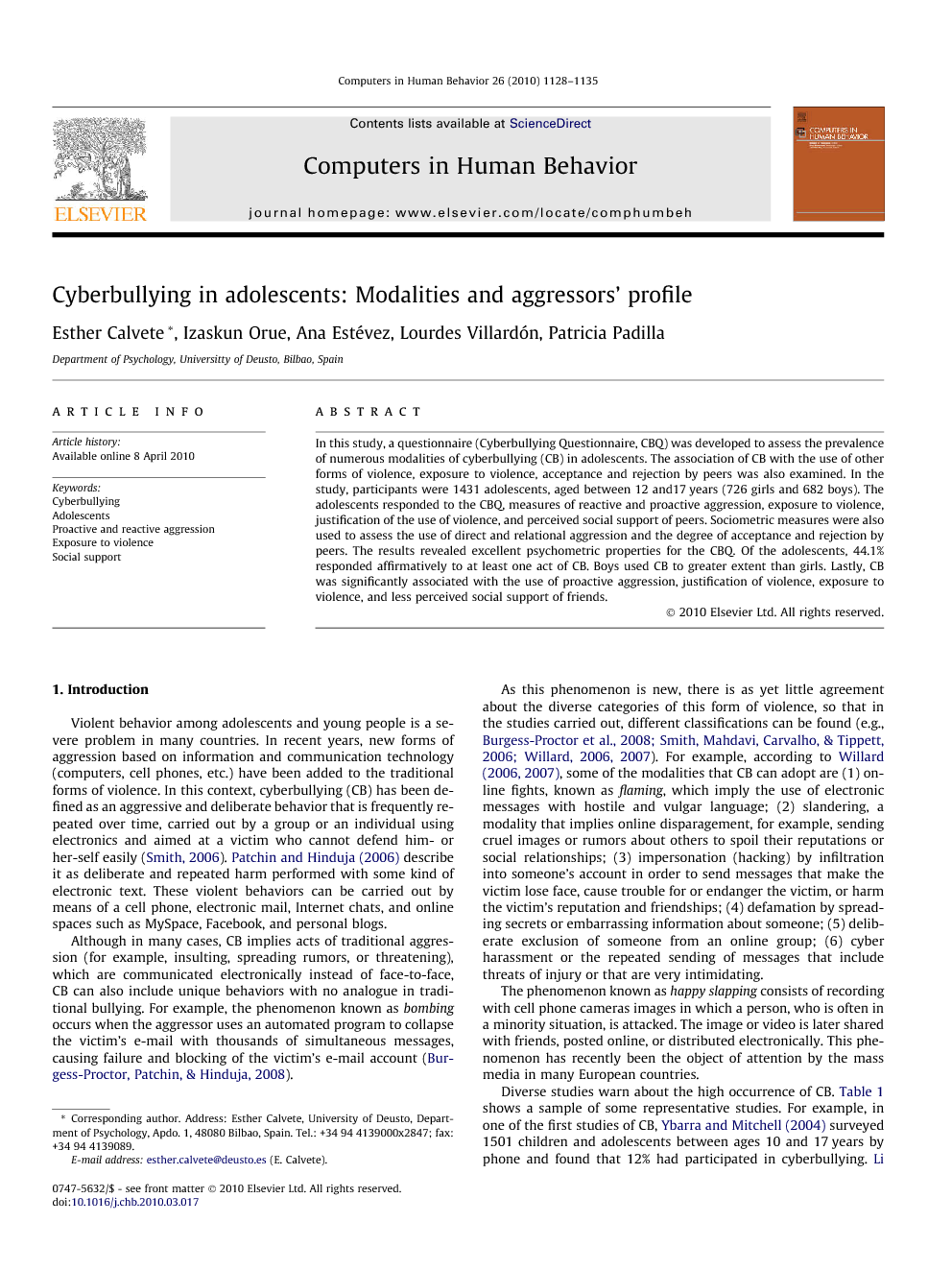 In this study, a questionnaire (Cyberbullying Questionnaire, CBQ) was developed to assess the prevalence of numerous modalities of cyberbullying (CB) in adolescents. The association of CB with the use of other forms of violence, exposure to violence, acceptance and rejection by peers was also examined. In the study, participants were 1431 adolescents, aged between 12 and17 years (726 girls and 682 boys). The adolescents responded to the CBQ, measures of reactive and proactive aggression, exposure to violence, justification of the use of violence, and perceived social support of peers. Sociometric measures were also used to assess the use of direct and relational aggression and the degree of acceptance and rejection by peers. The results revealed excellent psychometric properties for the CBQ. Of the adolescents, 44.1% responded affirmatively to at least one act of CB. Boys used CB to greater extent than girls. Lastly, CB was significantly associated with the use of proactive aggression, justification of violence, exposure to violence, and less perceived social support of friends.