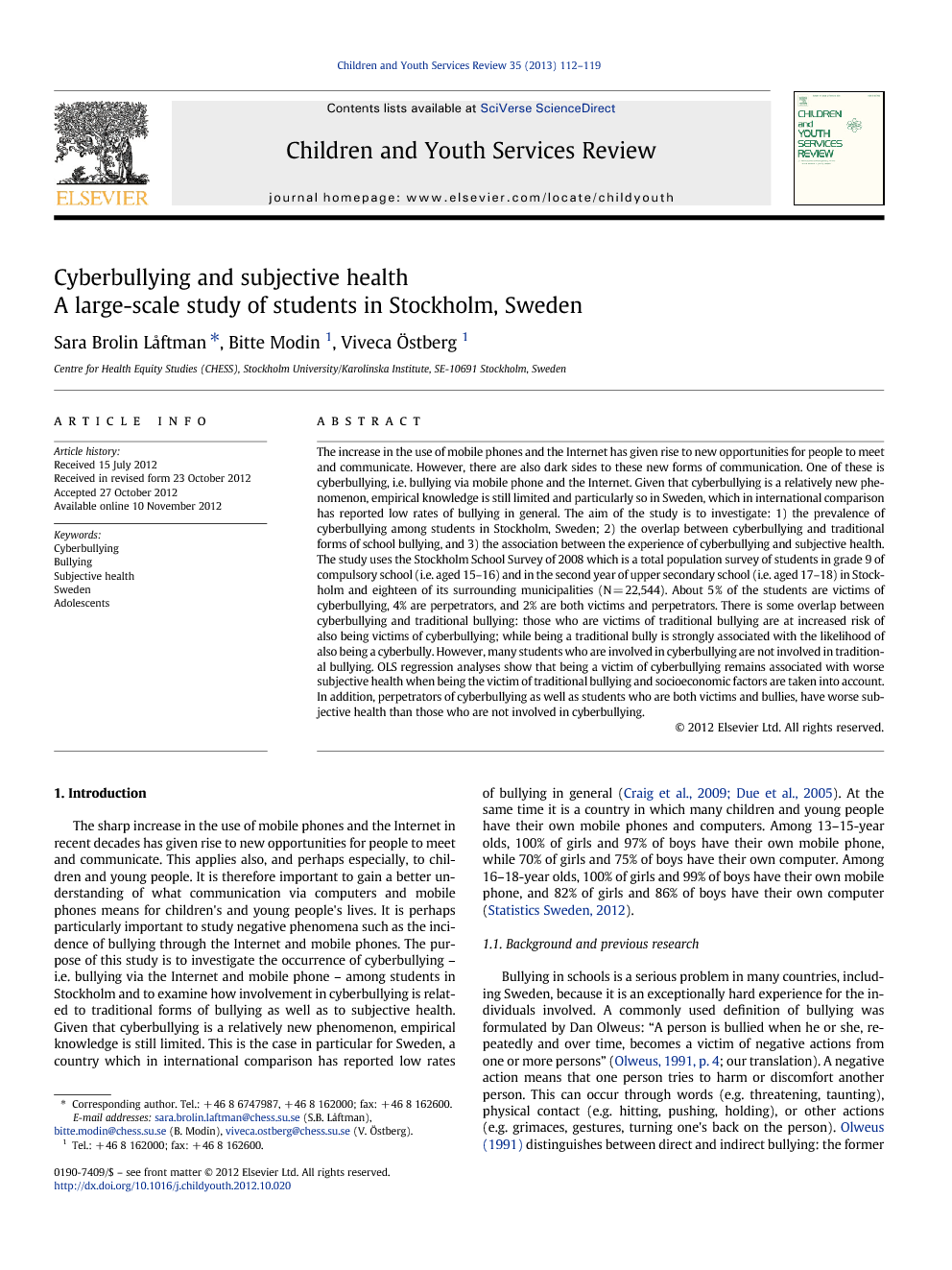 Cyberbullying is a relatively new form of bullying that merits attention in Sweden and other countries. The present study shows that the worse subjective health reported by victims and perpetrators of cyberbullying, as well as by those who are both victims and perpetrators, should be taken seriously. Young people, parents and schools therefore need to acquire a better understanding of the nature of cyberbullying, how to prevent it, and how to address it (Kowalski & Limber, 2007). Even though the overlap between involvement in cyberbullying and in traditional school bullying is relatively limited in the present study, the school is an appropriate arena for efforts to promote tolerance and acceptance and to counter all forms of bullying, including via mobile phone and the Internet.