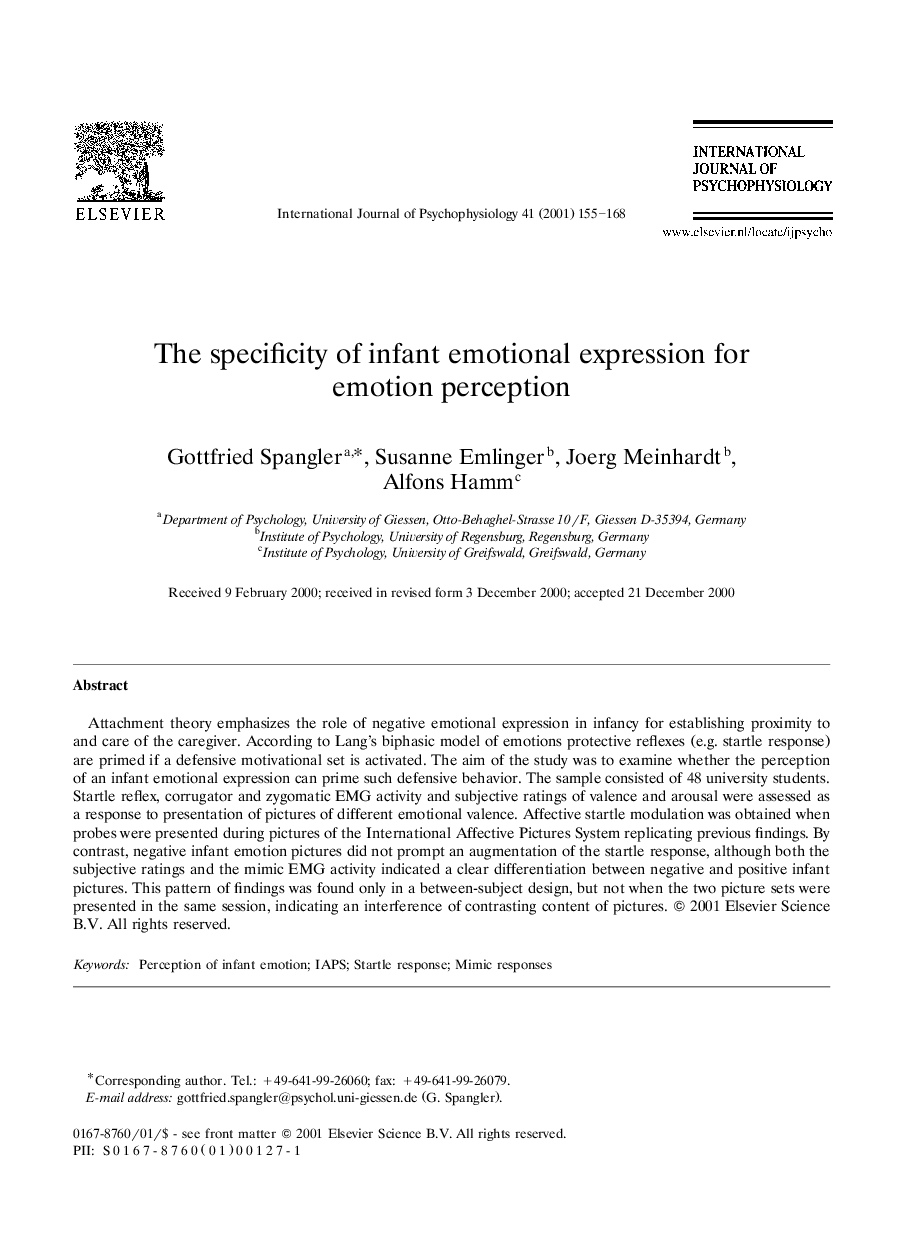 Abstract Attachment theory emphasizes the role of negative emotional expression in infancy for establishing proximity to and care of the caregiver. According to Lang's biphasic model of emotions protective reflexes (e.g. startle response) are primed if a defensive motivational set is activated. The aim of the study was to examine whether the perception of an infant emotional expression can prime such defensive behavior. The sample consisted of 48 university students. Startle reflex, corrugator and zygomatic EMG activity and subjective ratings of valence and arousal were assessed as a response to presentation of pictures of different emotional valence. Affective startle modulation was obtained when probes were presented during pictures of the International Affective Pictures System replicating previous findings. By contrast, negative infant emotion pictures did not prompt an augmentation of the startle response, although both the subjective ratings and the mimic EMG activity indicated a clear differentiation between negative and positive infant pictures. This pattern of findings was found only in a between-subject design, but not when the two picture sets were presented in the same session, indicating an interference of contrasting content of pictures.